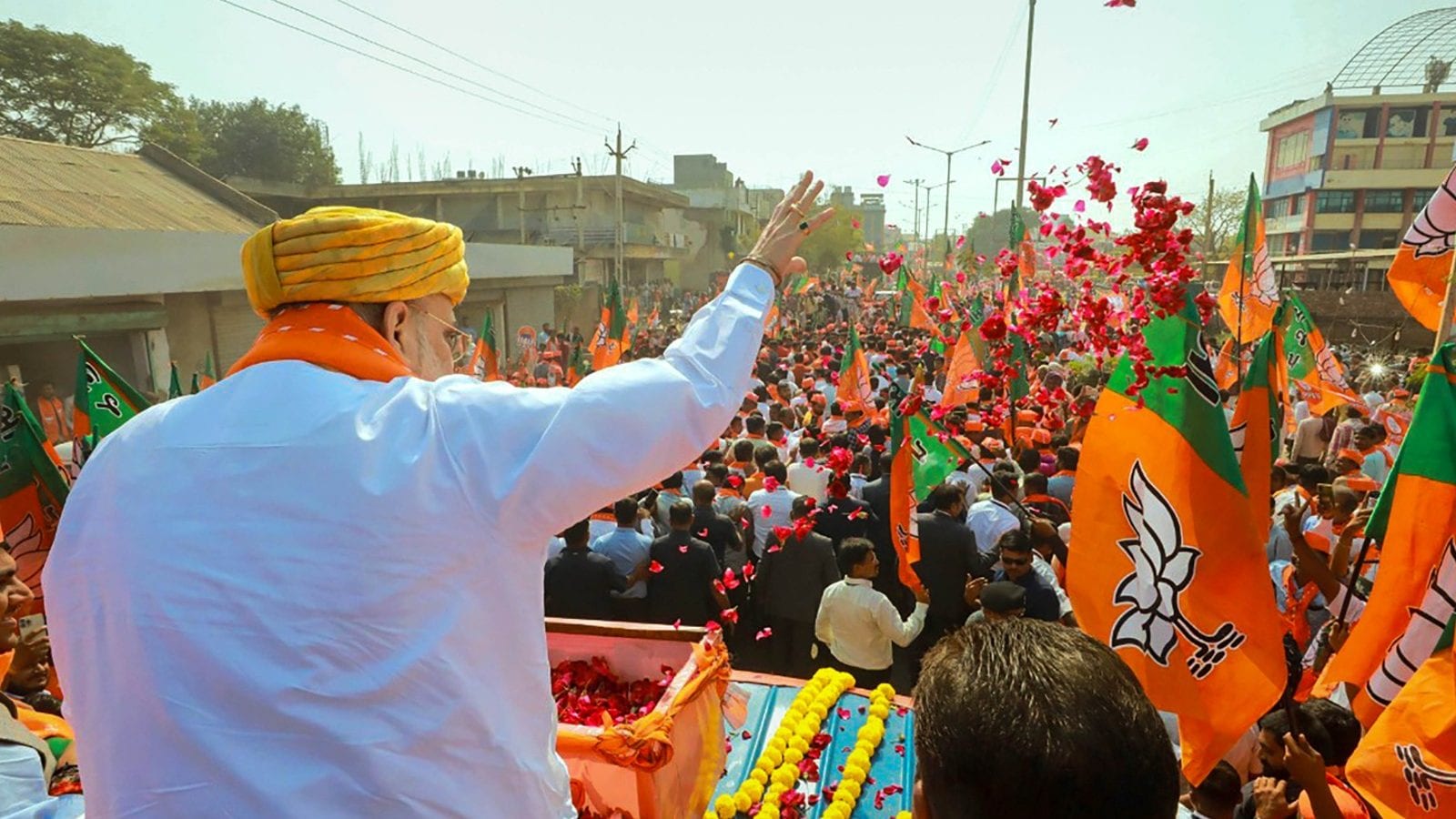 elections. The first phase of elections on December 1 had covered 89 Assembly seats and recorded 63.31 per cent polling.

Around 5,000 voters abstained from voting at six polling booths in three villages of Mehsana district over local issues, she told reporters.

The electoral fate of CM Patel of the Bharatiya Janata Party (BJP) and 832 other candidates, including 285 independents, were decided in the second phase.

Apart from CM Patel, BJP leaders Hardik Patel and Alpesh Thakor, and Jignesh Mevani of the Congress were key candidates in the second phase of polls.

The ruling BJP and the Arvind Kejriwal-led AAP contested in all the 93 seats. The Congress fielded candidates in 90 seats and its alliance partner Nationalist Congress Party (NCP) in two Assembly constituencies covered under the second round. Among other outfits, the Bharatiya Tribal Party (BTP) fielded 12 candidates and the Bahujan Samaj Party (BSP) 44.

Moderate to high turnout was recorded on Monday in by-elections to the Mainpuri Lok Sabha seat and five assembly seats in as many states.

Mainpuri parliamentary constituency in UP, which fell vacant after the death of Samajwadi Party patriarch Mulayam Singh Yadav, registered 54.37 per cent turnout while Khatauli Assembly segment in Muzaffarnagar recorded 56.46 per cent polling, district officials said. However, only around 34 per cent of electors cast their votes in Rampur assembly constituency in Uttar Pradesh. The bypolls in Rampur Sadar and Khatauli were necessitated after SP MLA Azam Khan and BJP MLA Vikram Singh Saini were disqualified following their conviction in separate cases.

Main rivals BJP and Samajwadi Party in Uttar Pradesh accused each other of rigging and complained to Chief Electoral Officer Ajay Kumar Shukla.

The turnout was 76 per cent in Padampur in Odisha, nearly 70 per cent in Sardarshahar in Rajasthan, 64.86 per cent in Bhanupratappur in Chhattisgarh and around 58 per cent in Kurhani in Bihar and, with no major untoward incident reported.

While two Assembly seats were held by the Congress, one each was with the BJP, BJD, RJD and SP.

Various exit polls on Monday predicted a big majority for the BJP in Gujarat and a dead heat in Himachal Pradesh where most pollsters gave an edge to the ruling party over the Congress.

The counting of votes in both states will take place on December 8. Elections for the Himachal Pradesh assembly took place on November 12, while polling in Gujarat happened in two phases on December 1 and 5.

In Himachal Pradesh, the exit polls projected a range of 24-41 seats for the BJP and 20-40 seats for the Congress. The majority mark is 35 seats.

For the Municipal Corporation of Delhi polls, most exit polls predicted a huge win for the AAP over the BJP with the Congress being a distant third.

Reacting to the predictions, AAP senior leader Raghav Chadha brushed off the exit poll results forecasting a poor showing for the party in Gujarat, and claimed that exit polls “always favour the BJP”.

In an interview with NDTV, Chadha said AAP was being “underestimated because “AP voters are silent, they don’t come out in exit polls.

“As somebody who is the co-incharge of the party in Gujarat, let me tell you we are going to do significantly better… for a party that is contesting in a state for the first time with all its might, a new entrant, it will forever be underestimated,” Chadha said.

He also cited the example of exit polls in Delhi in 2013, where the party — predicted to win only four to five seats in its first ever election — ended up winning 28 seats. “People could not gauge who our voters are… Aam Aadmi Party will get a significant vote share and form the government in Gujarat,” he added.