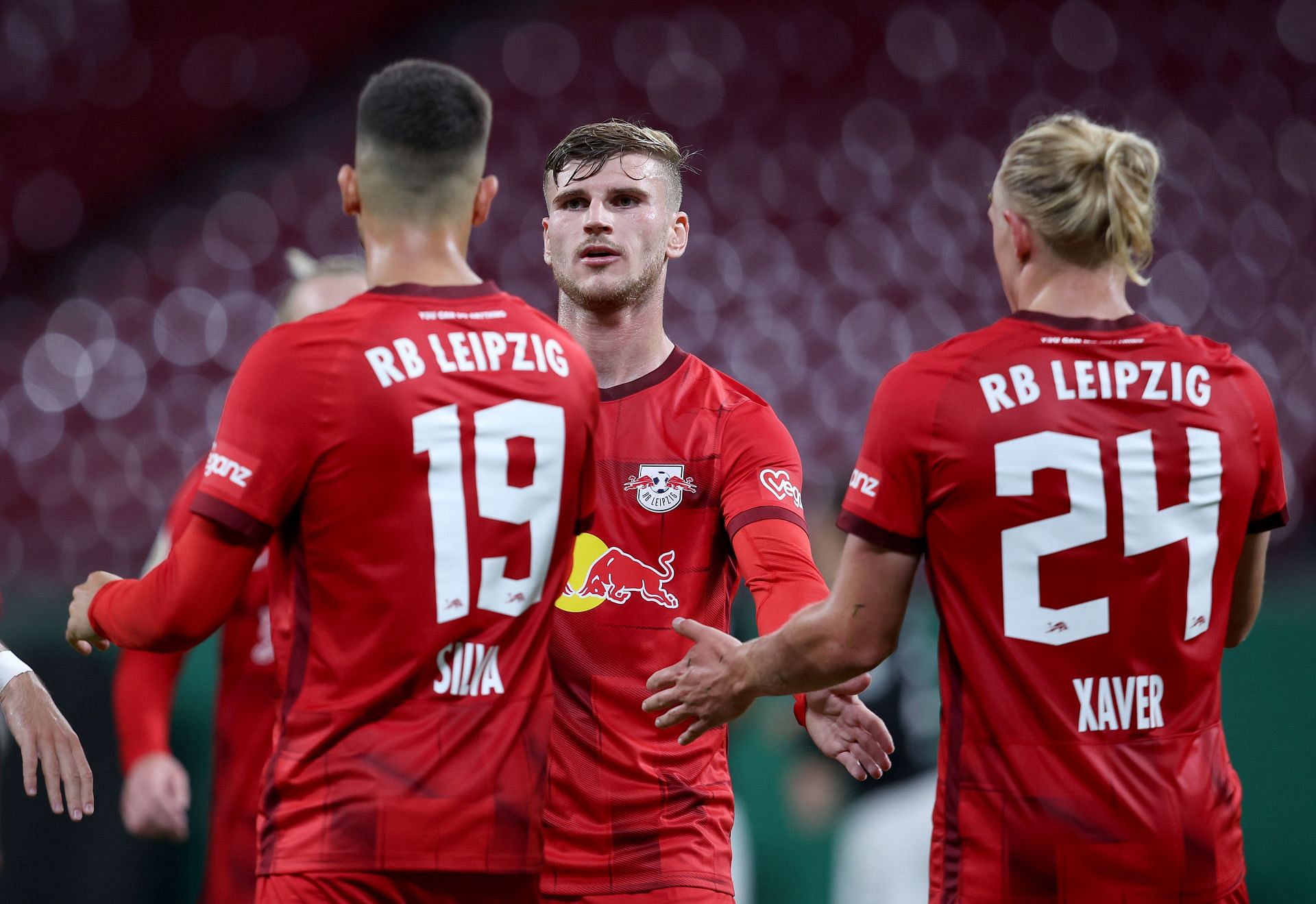 RB Leipzig are back in action with another important Bundesliga fixture this weekend as they take on Eintracht Frankfurt on Saturday. Both teams have impressive players in their ranks and will want to win this game.

Eintracht Frankfurt are currently in 11th place in the Bundesliga standings and have failed to meet expectations so far this season. The hosts edged Werder Bremen to a crucial 4-3 victory in their previous game and will be confident ahead of this fixture.

RB Leipzig, on the other hand, are in ninth place in the league table at the moment and have also been inconsistent this season. The away side thrashed Teutonia Ottsensen by an 8-0 margin this week and will look to achieve a similar result in this fixture.

RB Leipzig and Eintracht Frankfurt are on an even footing as far as the official head-to-head record is concerned and have won three games apiece out of a total of 13 matches played between the two sides.

The previous meeting between the two teams took place in March this year and ended in a 0-0 stalemate. Both teams squandered chances on the day and will need to be more clinical this weekend.

Aurelio Buta and Almamy Toure are injured at the moment and have been ruled out of this fixture. Jerome Onguene has made progress with his recovery but might not be risked in this match.

Dominik Szoboszlai has served his suspension and will be available for selection this weekend. Lukas Klostermann is currently injured and has been ruled out of this fixture.

RB Leipzig have shown flashes of their potential over the past week and will be intent on a top-four finish this season. The likes of Timo Werner and Dani Olmo can be lethal on their day and have a point to prove this weekend.

Eintracht Frankfurt have also grown in stature over the past year but have been plagued by inconsistency in recent months. RB Leipzig are in better form at the moment and hold the upper hand going into this game.

World Cup LIVE: Minnows primed to win group as ‘18 semi-finalists, ‘14 champs both on the brink

IPL 2023 Auction: 3 Star West Indies Players Who Might Go Unsold In The Auction

Throwback times: When Kartik Aaryan recalled the first time he saw Shah Rukh Khan, revealed how it felt like – Times of India