Dwarves bring the party that The Rings of Power badly needs 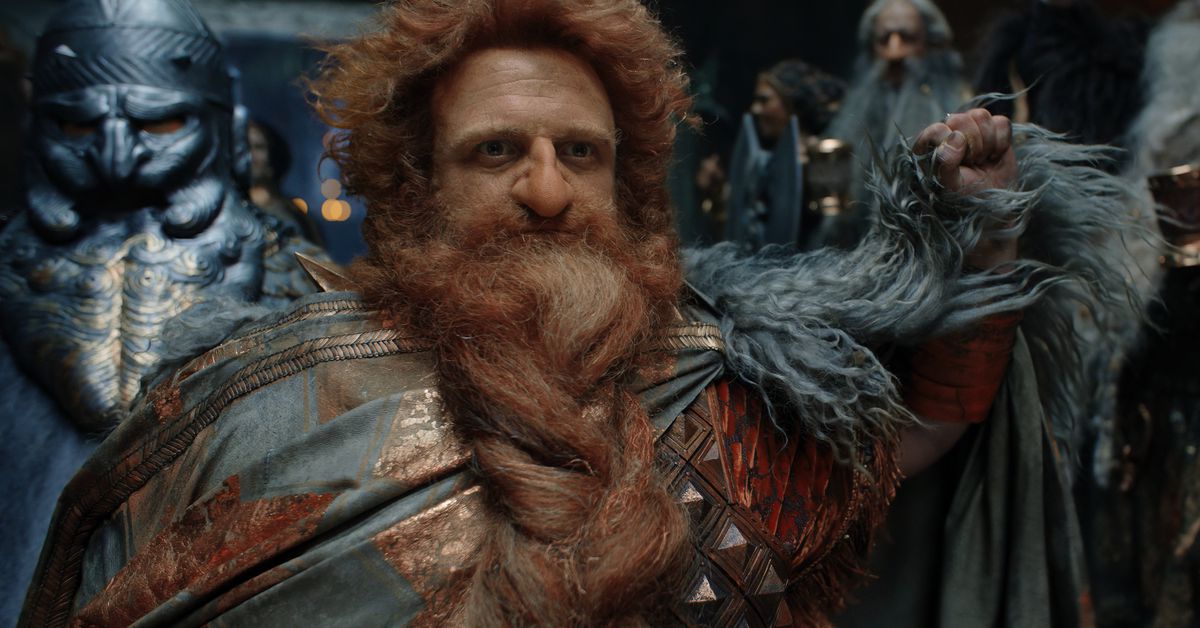 Not to get political, but if you ask me about which of J.R.R. Tolkien’s fantasy humanoids is best, dwarves or elves, I would go with dwarves every time. You are free to think what you wish — again, this nation is so divided, heaven forbid we draw more lines here — but if you find yourself on Team Elf, please do yourself a favor. Check out the second episode of Amazon’s The Rings of Power, and reconsider.

While Tolkien’s rich lore has left plenty of great stories to tell about the elves — seeing a more complete history of Galadriel will likely be one of the best things about The Rings of Power — elves are among the most stodgy of Tolkien’s creations. While there is a world of tragedy and tradition in the immortal society he built, it’s all terribly self-serious in the way a lot of lesser high fantasy inspired by Tolkien comes across. You wouldn’t call one of Tolkien’s elves to help you throw a party.

Tolkien’s dwarves, however? Those folks know how to get down. This has never really been in question. Even if all you’ve seen are the movies, part of the horror of Moria is that Gimli promises everyone a subterranean bender and instead learns that they will be the hors d’oeuvres for a sea of goblins instead. Hell, The Hobbit kicks off with a whole squad of dwarves inviting themselves over to Bilbo’s pad for a rager on his dime.

In its second episode, The Rings of Power doesn’t just get this, it delights in this. It even has Elrond (Robert Aramayo) on a quest to prove he is Not Like Most Other Elves and splitting rocks to gain the favor of the dwarves, hostile to him for reasons he can’t figure out.

But the best thing about Rings of Power’s second episode is that it also takes them seriously on a dramatic level. In hashing out his beef with Elrond, Prince Durin (Owain Arthur) is a window to the dwarven perspective on Middle-earth. Where previous adaptations of Tolkien’s work have focused on the dwarves on a superficial level, mostly discussing their craftsmanship and social hierarchy in the races of Middle-earth, the second episode of The Rings of Power introduces us to a dwarf, Prince Durin, and uses him to do what fantasy epics rarely take the time for: tell a story about a person, and the complicated things they’re feeling during a moment of only minor (for now) consequence.

While there’s lots of other things going on in this episode, a big chunk of it (rock pun!) hinges on why the dwarven prince Durin is absolutely pissed at Elrond when the Elf — who came to the dwarven kingdom of Khazad-dûm to ask for a pretty big favor — thinks they’re still great friends.

The answer is beautifully simple: Durin just missed his friend. Elrond, an immortal elf who will live for many years, spent 20 years without visiting Khazad-dûm, missing his wedding, the birth of two kids, all of the milestones you would celebrate with a friend. In Middle-earth, dwarves live longer than humans (about 300 years to humankind’s roughly 100, when things go well) but it’s still, as Durin tells Elrond, a lifetime, a significant piece of his finite time alive on Middle-earth.

In this small story, dwarves and their place in Tolkien’s wide tapestry snap into focus: They are a culture of people just as diverse as any other, but shaped by their unique connection to the planet. In delving deep, they learn the secrets of the world, forever laboring to carve into it something that will last much longer than they will. Perhaps this is the kind of thing that makes a person really know how to party. Maybe that’s the sort of thing that will make you upset when your friend misses one.