Doctor Strange in the Multiverse of Madness director reveals who is more powerful between Strange and Wanda: ‘If you were to pit them…’

Director Sam Raimi debuts in MCU with Doctor Strange in the Multiverse of Madness. He is not wholly unfamiliar with Marvel movies in general, however, having directed the popular Spider-Man trilogy starring Tobey Maguire. But this is the first time he is working within a superhero cinematic universe.

The film, like Spider-Man: No Way Home, deals with the multiverse and thus brings together multiple characters, and multiple versions of familiar characters if rumours and theories are to be believed.

Apart from Benedict Cumberbatch in the titular role of Doctor Strange and parallel universe variants of Strange, the film also stars Elizabeth Olsen as Wanda and continues her story after the Marvel series WandaVision. Her return was set up by the post-credit scene of WandaVision’s ninth and final episode, in which she was able to project her astral form like Doctor Strange.

The trailers promise at least a verbal confrontation between Wanda and Strange. Both are virtuoso practitioners of magic and both have shown ability to manipulate reality in different ways. But who is stronger? Agatha Harkness said in the WandaVision TV show that the strength of Wanda, due to her talent to create life out of nothing, outdoes the Sorcerer Supreme, who is supposed to be the foremost magician in his universe.

Raimi gave Fandango a diplomatic answer, revealing a lot and yet revealing hardly anything. He said, “Wow. That’s a question I’ve been asking kids on the playground since third grade. Who is stronger, this character or that character?”

He added that the magical powers of Wanda, who really is the Scarlet Witch now, exceeds any other’s but “Doctor Strange has the knowledge of the mystic arts that Wanda doesn’t have, and he’s got the help of Kamar-Taj. If you were to pit them against each other, different altered versions of themselves.. there could be a Doctor Strange out there that’s more powerful than our Wanda. Or there could be a Wanda out there who is more powerful than our Wanda here. So, because of these altered versions, it’s all a mixed bag of possibilities.”

Doctor Strange in the Multiverse of Madness will hit the theatres on May 6.

Previous Article Russia's cyberattacks on government, military, logistics, and critical infrastructure have been its biggest military success to date in the war in Ukraine (Foreign Affairs) 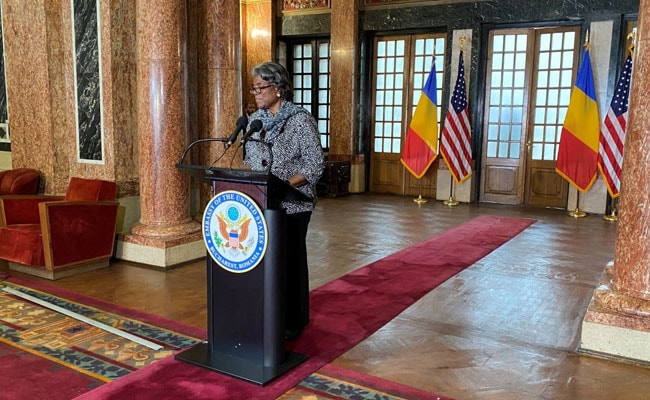 Rhea Chakraborty gets back to work after two years, thanks fans for supporting her through ‘toughest times’

Rhea Chakraborty is back to business. The actor, who was last seen in Chehre, dropped a video of herself on Saturday to inform her fans […]

Who doesn’t love cotton candy? Well, we are sure Urfi Javed is in love with the sweet treat. So much so that she has made […]