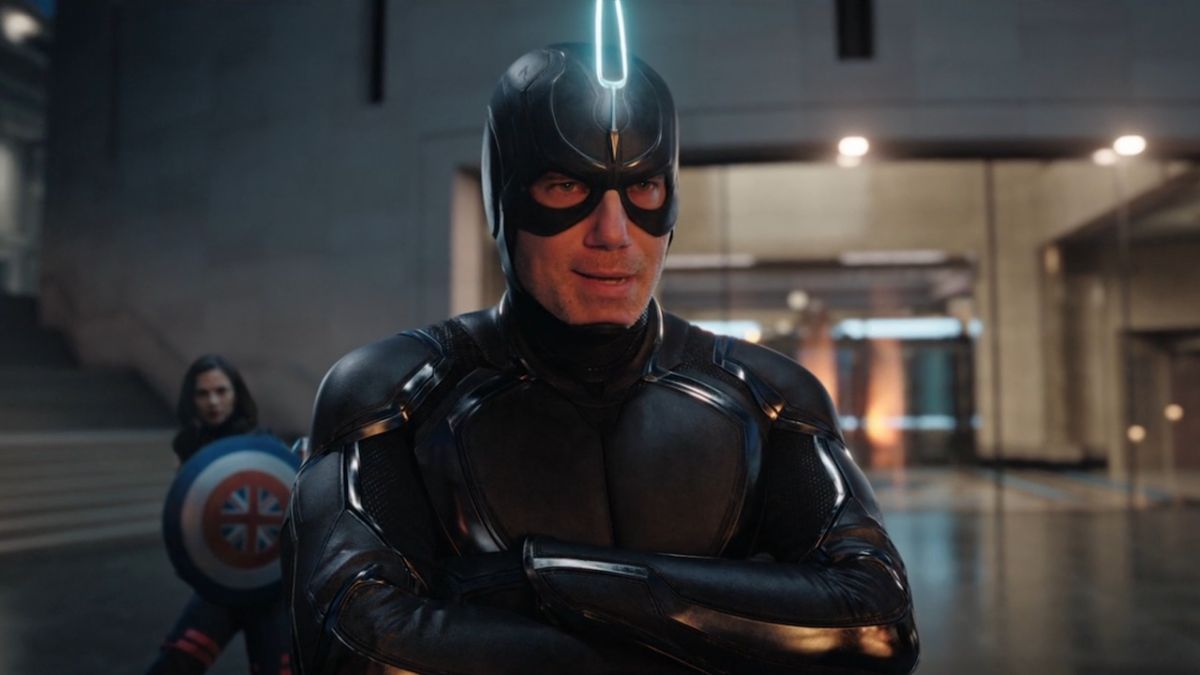 Black Bolt, king of the Inhumans, has a voice so powerful that, as John Krasinski’s Mr. Fantastic put it in Doctor Strange in the Multiverse of Madness, he can “tear you to pieces with one whisper from his mouth.” Unfortunately, that proved to be his undoing in the sequel, as Anson Mount’s Earth-838 version of Black Bolt met a gruesome demise when the Earth-616 version of Elizabeth Olsen’s Wanda Maximoff, while possessing her 838 counterpart, used her chaos magic to remove the powerful Inhuman’s mouth, causing to scream in terror and crush his own skull. As it turns out, Multiverse of Madness director Sam Raimi was the mastermind behind how Black Bolt perished, and writer Michael Waldron explained how the filmmaker came up with this “horrific” scene.

Doctor Strange 2 was Anson Mount’s second outing as Black Bolt, having previously starred as the character from a different Earth in the short-lived Inhumans TV series. While that Black Bolt made it out of that story alive, it was decided that Earth-838’s Black Bolt would be the first to fall when Scarlet Witch assaulted the Illuminati’s headquarters, though Michael Waldron was having trouble coming up with what should happen. Then Sam Raimi came in for the save, as Waldron explained to Empire (via CBR):

While Michael Waldron has no issue coming up with ways to fit Mr. Fantastic into Doctor Strange in the Multiverse of Madness, he had a creative block figuring out how to take Black Bolt off the board. Yet with two simple words after hearing about the character’s power, Sam Raimi came up with a solution that’s tragically ironic and fitting for the director’s horror sensibilities. Sure, there were plenty of other ways for Scarlet Witch to kill Black Bolt, but by going down this route, we were given one of the Marvel Cinematic Universe’s most memorable deaths, with Mr. Fantastic being spaghetti’d shortly thereafter also counting in that category.

Two weeks after Doctor Strange in the Multiverse of Madness opened in theaters, Anson Mount broke his silence on appearing in the Marvel movie, saying it was an “an honor & joy to finally work” with Sam Raimi. Although Earth-838’s Black Bolt is no more, thanks to the multiverse, there are plenty of other variants of the character we could potentially see down the line, and Black Bolt’s mere inclusion in Multiverse of Madness might indicate Marvel Studios is finally willing to explore the Inhumans, as that group’s TV show was produced by the now-defunct Marvel Television. That said, with Mount leading Star Trek: Strange New Worlds as Captain Christopher Pike, it might be difficult for him to play another Black Bolt in a capacity bigger than how he was used in the Doctor Strange sequel.

Doctor Strange in the Multiverse of Madness can be streamed now with a Disney+ subscription, and while the sequel’s mid-credits scene laid the groundwork for Doctor Strange 3, Marvel Studios hasn’t officially announced the threequel. You can see what is coming up in the MCU by looking through our guides on upcoming Marvel movies and upcoming Marvel TV shows.

Drishyam 2 Box Office Day 19 (Early Trends): If Unstoppable Could Add Another Synonym, This Ajay Devgn Starrer Would Be It!