When filmmaker and anthropologist Kala Shreen drove down to Villianur, the terracotta hub near Puducherry in late 2020, she did not expect to find the subject of her next documentary film there.

“My visit to the town was from an academic perspective. I was looking to research the work that went behind making religious idols since much of my doctoral work has been on the subject of Indian history and culture. A Sekar, one of the craftsmen from the village was to have been one of my several interviewees. The more I talked to him, the more I was intrigued. The process, the politics and the historical background that comes with making idols was fascinating. That is when I decided to make Icons- Memoirs of a Master Craftsman,” she says.

Her award-winning documentary, now making rounds in the international film festival circuit, speaks about indigenous craftsmen from Tamil Nadu who make idols of mostly Hindu gods, which are revered, feared and worshipped.

Struggling craftsmen who have been on the job for six generations now continue to produce stunning artefacts using traditional knowledge and acquired skill, Shreen says. The film touches upon folklore surrounding the art of idol making that has been passed on for several generations and Sekar’s life.

It took 10 months to make and was made on a tight budget, she says. Shreen and Sekar travelled to many small villages including his own in Vandipalayam, part of Cuddalore district to explore the different kinds of idols placed in temples from the past. “It is interesting to note that though Sekar is a national-award winning craftsperson, his innovations are not easily welcomed by his fraternity,” she says.

Shreen who accidentally entered the field of filmmaking says that she did not anticipate the response she has been receiving from Indian contemporaries. “I thought that people abroad may not have an idea about the culture of idol making but many here too said that they learnt something new,” she says. Although her entry into the world of filmmaking started as a means to add pictures and videos for her research work, “it has now become an integral part of reaching larger audiences,” she says. 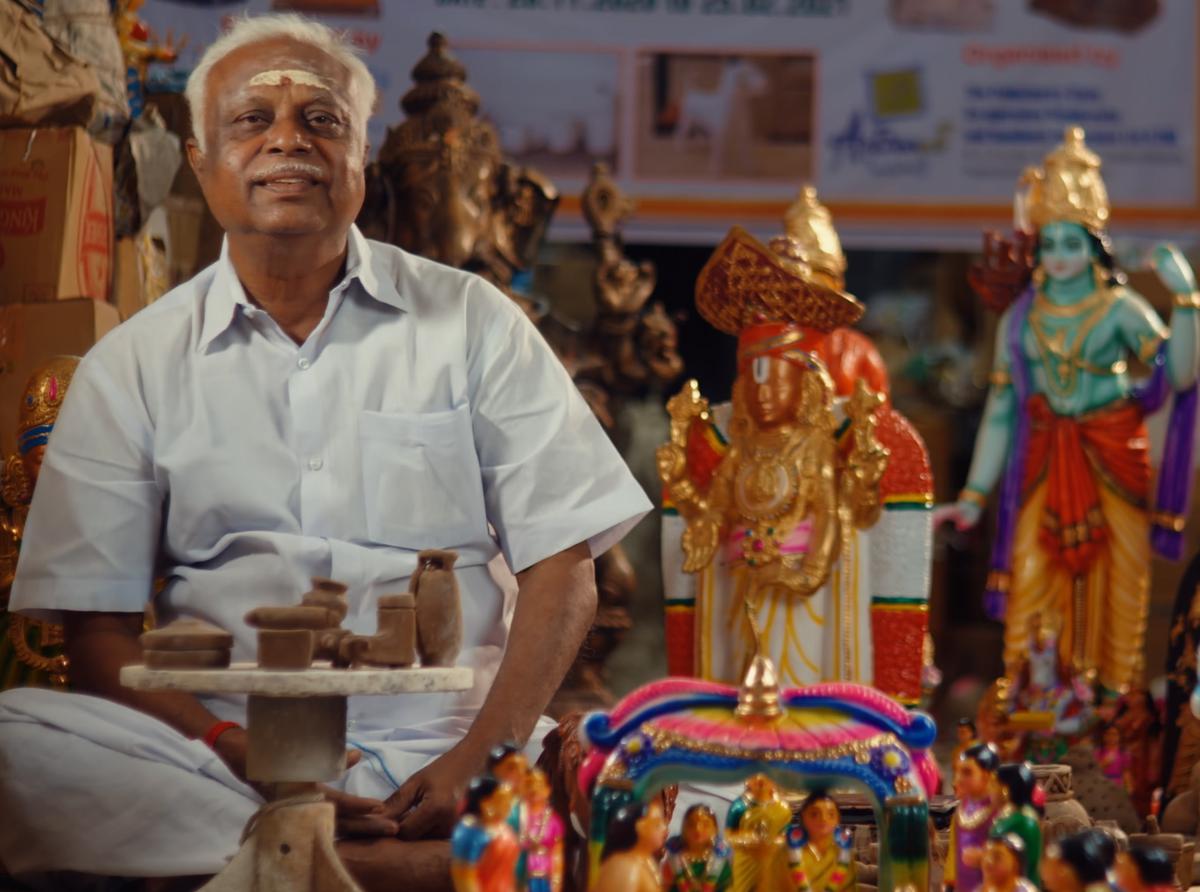 A still from the documentary
| Photo Credit: Special Arrangement

The filmmaker says that she understands that several documentary films have been made on such subjects in the past. She is however focussed on keeping audiences engaged throughout the 49-minute film. “Validation in the form of so many prestigious awards from countries including USA, UK, Australia, Canada, Italy, France, Germany, Turkey, Japan and Russia has reiterated that films with gripping storylines and small budgets can still capture the imagination of the public,” she says.

Although the film is not available for public consumption on any platforms yet, she is hoping to make it available for free on YouTube or Venmo in a year.

“My next project is likely going to be about weavers from Kanchipuram,” she says. Until then, she will continue telling Sekar’s story.