DID Super Moms: Urmila Matondkar Recalls Her Bond With Usha Nadkarni, “I’m Standing In Front Of Her, My Legs Are Shaking…” 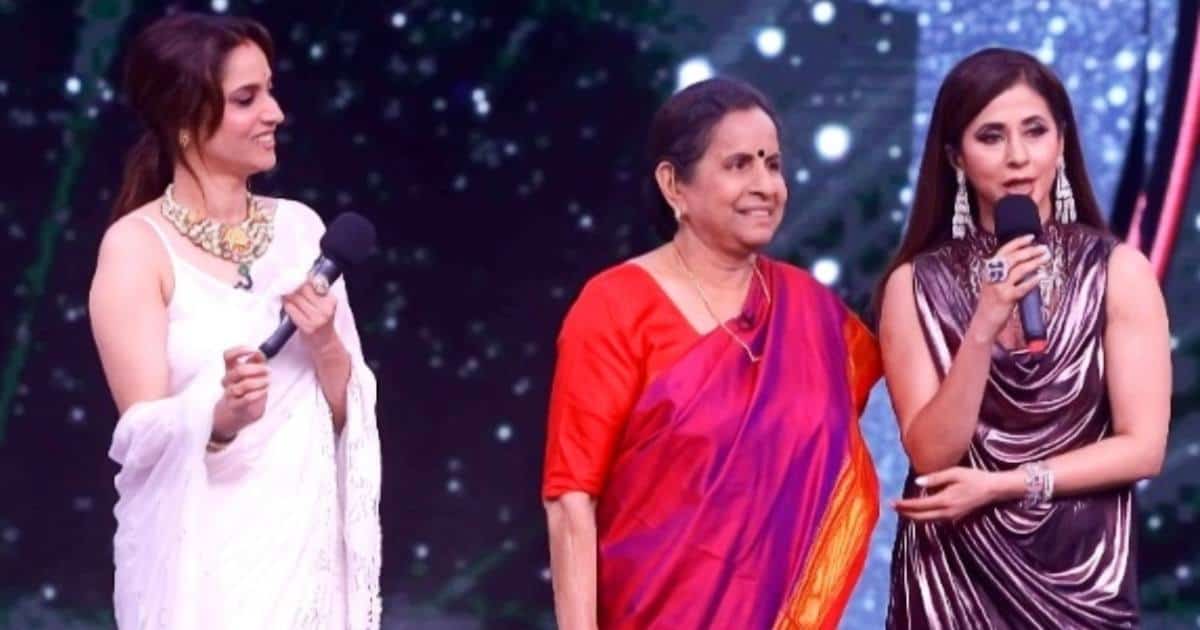 She made her acting debut as a child in 1980 with Marathi film ‘Zaakol’ and gained recognition with ‘Masoom’ in 1983. Actress Urmila Matondkar feels proud that she belongs to the Marathi theatre and even praised veteran actor Usha Nadkarni, a renowned name in the Marathi industry, on the sets of a dance based reality show.

Usha along with actress Ankita Lokhande will be seen attending ‘DID Super Moms’ during their ‘Pavitra Rishta’ special episode. Urmila, would be seen talking about her special bond with the veteran actress.

Urmila Matondkar said: “From the time I have seen Usha Taai here on stage, I have been wanting to take blessings from her. When I was growing up, I watched her perform in theatres and have known her since then. It was the time way before ‘Pavitra Rishta’ show that we shared a special bond.

“No matter how big and famous we become, it is our upbringing to always take blessings from our elders with meekness. Today, I feel very proud that I belong to a Marathi theatre, because the best of the best, Usha Taai has been one of the most famous names in the industry.”

Urmila Matondkar added that it would be very wrong to say that Usha can only play the character of a selfish and arrogant mother-in-law, which she essayed on ‘Pavitra Rishta’ starring late actor Sushant Singh Rajput.

“Because from the time I didn’t know about acting, I have seen her wonderful performances. I have witnessed her giving some amazing performances, roles, and characters that will give you goosebumps.”

Urmila Matondkar added: “And even today, as I am standing in front of her, my legs are shaking, this is the kind of personality and powerhouse of talent Usha Taai is. I am really grateful that I could greet her here in front of everyone on stage today like this.”

Must Read: Sonali Phogat’s PA Sudhir Sangwan Confesses Conspiring Her Murder, Says “There Was No Planning To Shoot In Goa” [REPORTS]