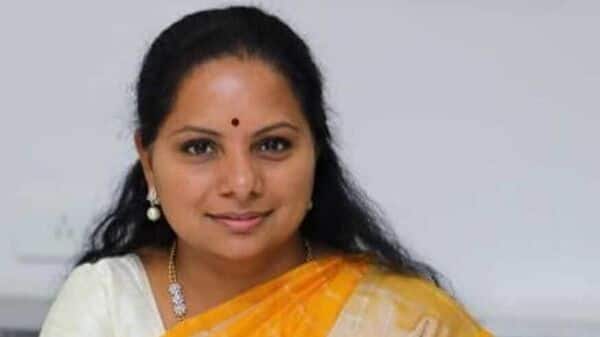 The Delhi excise policy scam case will be investigated by the Central Bureau of Investigation involving TRS leader and KCR’s daughter Kalvakuntla Kavitha on 11 December at 11 am. This comes after Kavitha wrote to the investigation agency on the previous day to request a postponement of her summons, which was scheduled for 6 December (Tuesday), to any time between December 11 and 15 (except 13), due to her prior engagements.

The CBI informed the TRS MLC in writing that it would go to her home on December 11 and take a statement from her regarding the case. A confirmation of her availability at her home on the specified date and time was also requested.

The letter sent by the investigating agency read, “Please refer to your trail mail dated December 5, 2022, vide which you have informed your availability at your residence at Hyderabad on the 11th, 12th, 14th and 15th of December 2022, for your examination in connection with an investigation of RC0032022A0053 of CBI, ACB, Delhi.”

“In this regard, it is informed that the CBI team will visit your residence at 11 am on December 11, 2022, for your examination and recording of your statement in connection with investigation of the aforesaid case. Kindly confirm your availability on the said date and time at your residential address in Hyderabad,” the letter stated.

She had previously been called by the CBI on December 6 in relation to the matter. The TRS leader, however, had requested a postponement of the same.

Earlier, Kavitha had said, “We will face any kind of inquiry. If the agencies come and ask us questions we will certainly answer. But tarnishing leaders’ images by giving selective leaks to the media, people will refute it.”

She had challenged Prime Minister Narendra Modi to imprison her and other leaders of her party, claiming that the BJP had overthrown eight democratically elected state governments and seized control through backdoor politics.

Manish Sisodia, the deputy chief minister of Delhi, is also one of the accused in the case. After Lieutenant Governor VK Saxena suggested a CBI investigation into the matter, the Delhi government’s new excise policy was swiftly abandoned.

However, the deputy chief minister of Delhi, Manish Sisodia, who was mentioned in the FIR in connection with the scam, was not named in the charge sheet the Central Bureau of Investigation (CBI) submitted in the Delhi liquor scam.

(With inputs from ANI)