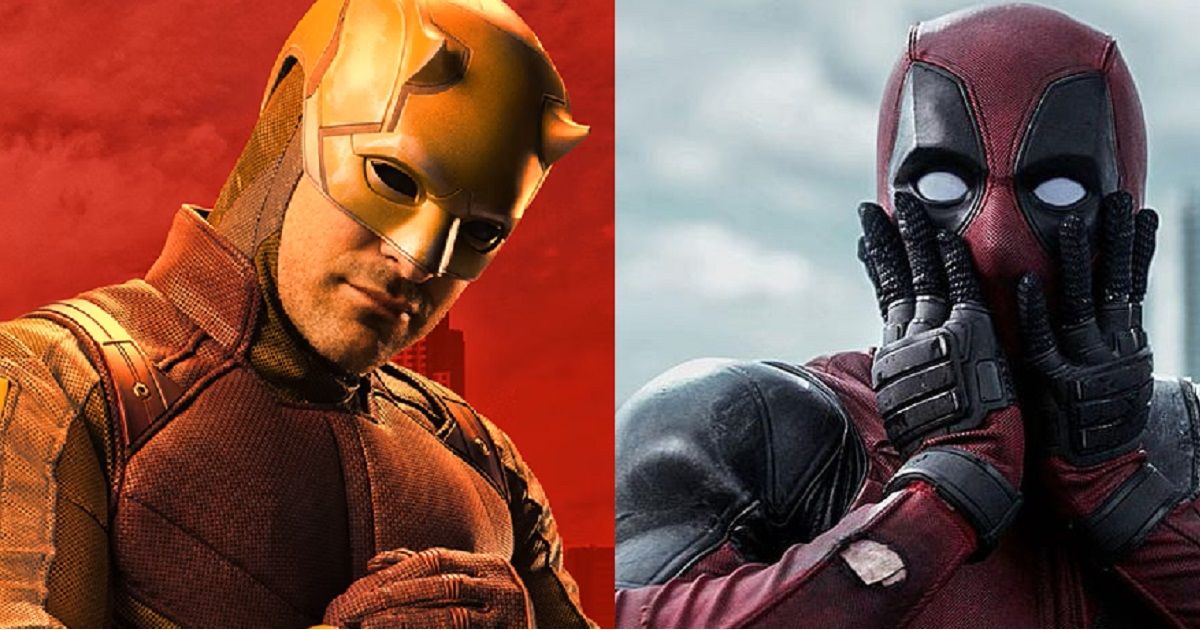 Marvel star Charlie Cox would love for Daredevil to share the screen with Ryan Reynolds’ Deadpool and Hugh Jackman’s Wolverine in Deadpool 3. Speaking at the German Comic-Con Winter Edition event (via Deadpool Updates), Cox even hinted that the upcoming Daredevil Disney+ series, Daredevil: Born Again, may have a touch of Deadpool-esque tone to it.

“I think because of the tone of our show, I think that there’s a place for Daredevil to show up in Deadpool. It would be really cool.”

Of course, both Matt Murdock aka Daredevil and Wade Wilson aka Deadpool have shared adventures before in the pages of Marvel Comics, but seeing them together on the big screen has yet to happen. While it may seem like they might…jar a bit, what with Daredevil’s dark tone and Deadpool’s comedic fourth-wall breaking, Charlie Cox feels there is definitely a way to bring them together. And considering he has already shown-off his funnier side in She-Hulk: Attorney at Law, vibing with Deadpool should now be much easier.

After much fan-campaigning and cries from the internet, Charlie Cox is now well-and-truly a part of the Marvel Cinematic Universe following a cameo appearance in Spider-Man: No Way Home and an extended appearance as Matt Murdock, aka Daredevil, in the Disney+ show She-Hulk: Attorney at Law. Cox will now lead a Disney+ Daredevil series, Daredevil: Born Again, and while not much has yet been revealed regarding the direction of the series, a recent rumor has claimed that the series will be based on the comic book arc, Mayor Fisk, which finds Wilson Fisk aka The Kingpin (Vincent D’Onofrio) running for Mayor. Something that The Man Without Fear is likely to have problem with.

Daredevil: Born Again is expected to land on Disney+ in Spring 2024 as part of Phase Five of the MCU.

Deadpool 3 Will Finds Wade & Logan Heading Off on an Adventure

Deadpool 3 meanwhile is expected to follow Ryan Reynolds as Wade Wilson aka Deadpool and Hugh Jackman as Logan aka Wolverine, with the pair embarking on a road trip. A plot outline that Reynolds revealed some time ago.

While it had been assumed, and stated by the actor himself, that 2017’s Logan would be Hugh Jackman’s final time as Wolverine, this is no longer case, with Deadpool star Ryan Reynolds taking to social media back in September to reveal that Deadpool 3 will center on a Wade Wilson/Logan team-up. This left some fans concerned that Deadpool 3 would spoil the critically acclaimed ending for the character in Logan, but Reynolds and Jackman have since appeared together to clear things up. “Logan takes place in 2029. Totally separate thing. Logan died in Logan. Not touching that,” Reynolds explained, with the footage ending with Jackman paying tribute to Marvel Studios and with Jackman saying, “Love you, Kevin Feige. Thank you, MCU.”

Directed by Shawn Levy and written by Rhett Reese and Paul Wernick, Deadpool 3 is now scheduled to be released on November 8, 2024.