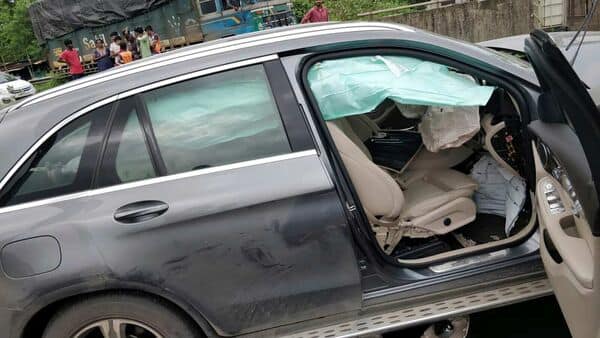 The Mumbai Gynecologist and her husband who suffered injuries in the fatal car accident, that killed businessman Cyrus Mistry on Sunday, will be shifted to a Mumbai hospital tomorrow.

Gynecologist Anahita Pandole was driving the Mercedes which crashed on a road divider on Sunday, killing former Tata Sons chairman Cyrus Mistry. Pandole and her husband are likely to be shifted to a hospital in Mumbai on Monday, a police official said.

Anahita Pandole (55), a well-known gynaecologist, and her husband Darius Pandole (60) survived the crash, while Mistry (54) and Jahangir Pandole, brother of Darius, were killed in the accident, which occurred around 3 pm, about 120 km from Mumbai.

“The accident occurred on the bridge over the Surya river, killing Mistry and another person on the spot while two others have been shifted to Gujarat for further treatment,” said Palghar district superintendent of police, Balasaheb Patil.

Anahita Pandole and Darius Pandole were shifted to a private hospital in Vapi in Gujarat after the accident. “They are likely to be shifted to a Mumbai hospital on Monday morning,” the police official said on Sunday night.

Palghar Policesaid that the renowned gynecologist was at the driver’s seat when the car met with an accident. Primary information suggests that the car was over speeding and tried to overtake another vehicle from the wrong side (from the left), a police official told news agency PTI.

Mistry’s mortal remains are at a government hospital in Kasa. An Accidental Death Report (ADR) is being filed by the police.

Cyrus Mistry owned an 18.4% stake in Tata Sons, through his company, Cyrus Investments Pvt. Ltd. According to the Bloomberg Billionaires Index, Mistry had a net worth of nearly $29 billion at the time of his death, making him one of the richest men in India. He was a member of the National Integration Council.