Crisis Core: Final Fantasy 7 Reunion is a vital reimagining in the revered saga 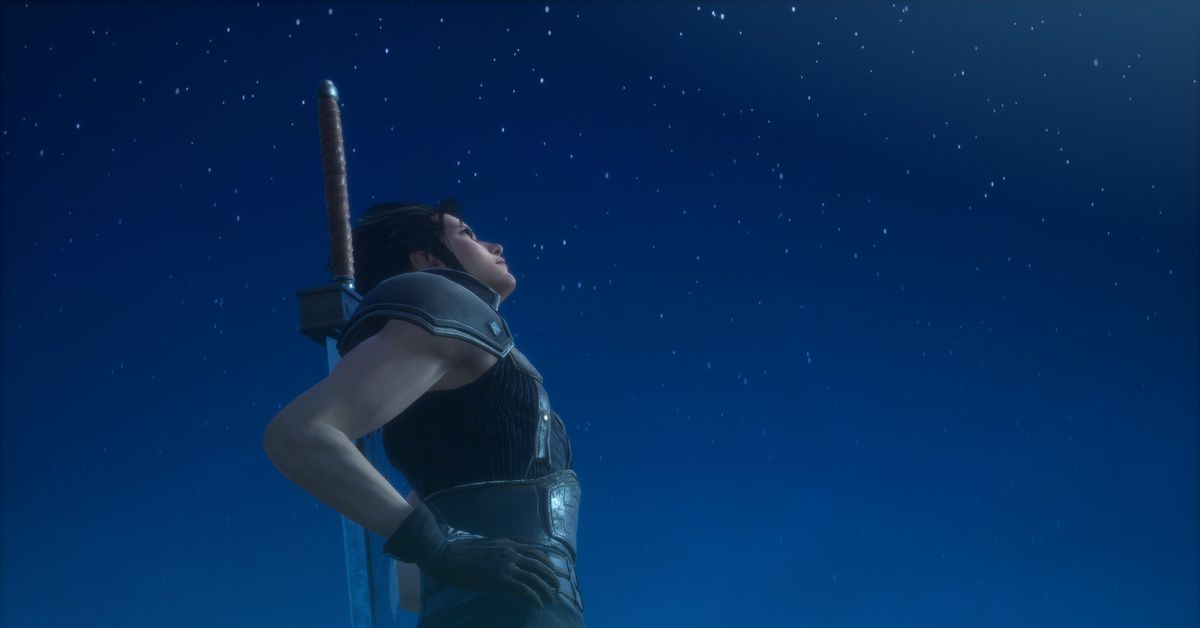 Experiencing one of the most crucial components of the lauded Final Fantasy 7 saga has been more difficult than it should be in the last few years. Until recently, playing the original Crisis Core: Final Fantasy 7, which came out 15 years ago, required the long-since discontinued PlayStation Portable. If you didn’t already have it, you’d likely have to pay around $250 to experience one game. Thankfully, we now have Crisis Core: Final Fantasy 7 Reunion, the definitive — and accessible — way of experiencing the prequel to one of the most revered games of all time, and its thrilling modern remake.

The story of Crisis Core follows not the iconic Cloud Strife but Zack Fair, an outgoing man who’s as capable of doling out a uniquely warmhearted kindness as he is of decimating whatever targets the corporation Shinra assigns to him. He becomes a rising star among the ranks of the paramilitary organization known as SOLDIER, falls in love, and earns the confidence to brush off his pessimistic boss. In other words, he’s in his prime. It’s hard not to be immediately enamored by his boundless optimism and overeager nature. But those dreams become complicated as he finds himself entangled in a web of mysteries when his mentor, Angeal, suddenly disappears. Zack is tasked with finding him and Genesis, a first-class SOLDIER member who has deserted the organization and is, crucially, a known friend of the war hero Sephiroth.

It’s a story with plenty of jargon, but it’s easy to follow, especially once you overlook some of the writing’s imperfections. Genesis is an irritating main antagonist who can’t stop quoting lines from a fictional play he’s obsessed with; some character motivations are flimsy; many quiet and emotional moments aren’t given enough room to breathe. Nonetheless, it’s a touching story about identity, the frayed bonds between friends as they irrevocably change, and the legacies we leave behind. By the end, it lands all the emotional beats necessary to make the ending one of the most memorable in the Final Fantasy series.

I was once ambivalent about Crisis Core’s combat — now, it’s an absolute blast

In an aesthetic sense, Crisis Core: Final Fantasy 7 Reunion is stunning. Sometimes, the visual changes are enough to make you forget you’re playing through 15-year-old content. The old visuals never captured how the sun’s rays kiss the leaves of a Banora White tree, for instance, or the lift of Aerith’s eyebrows conveying her uncertainty at a time when she was younger, more naive, and falling in love. And while some new cutscenes are sharpened to the point of being grainy, the overall heightened level of detail results in a Crisis Core that’s altogether more expressive than the original.

The original Crisis Core is notable for its peculiar combat system, and it’s been refined to flow more smoothly in 2022. As was the case in the original, materia — the items that allow you to use magic and execute combat moves — are linked to certain spells and abilities, and allow you to play around with different builds. For example, you can go for a low-AP build that relies only on materia that uses AP. (This makes the game more difficult, but it’s admittedly easy on Normal mode, and some players may want more of a challenge.) Or, you can go for a high-magic, high-MP build and cast spells to exploit enemy weaknesses to your heart’s content. While you only play as one character, you can bend the rules a fair amount.

The combat’s central mechanic, the Digital Mind Wave, weaves narrative and gameplay to provide snippets of characterization alongside limit breaks, status buffs, and even level increases for Zack or his materia. It’s a bit like the convoluted Final Fantasy 8 junction system in that it’s inelegant and more complicated than it should be, but refreshing in its unconventionality. Final Fantasy 7 Reunion also adds a new combo system, and a window of time when you can disrupt an enemy’s most powerful attack. Lastly, there’s a new shortcut menu for your materia. These changes may sound minor, but they transform a battle system I was once ambivalent about into an absolute blast.

It’s vital that Crisis Core is actually fun to play, because you spend much of the game fighting, and the intuitive enhancements help the pacing immeasurably between important story beats. Side missions — which unlock new materia and equipment — play out exactly as they did in the original: You enter an isolated area, kill some monsters, and get your rewards. But thanks to the mechanical improvements, these detours aren’t endeavors you’ll dread; instead, you’ll likely find yourself doing just one more before returning to the main story. When you do, you’ll be laden with rewards that can seem almost too good for the amount of work you put in.

Crisis Core: Final Fantasy 7 Reunion will be released on Dec, 13 on Nintendo Switch, PlayStation 4, PlayStation 5, Windows PC, Xbox One, and Xbox Series X. The game was reviewed on PC using a pre-release download code provided by Square Enix. Vox Media has affiliate partnerships. These do not influence editorial content, though Vox Media may earn commissions for products purchased via affiliate links. You can find additional information about Polygon’s ethics policy here.

A weekly roundup of the best things from Polygon