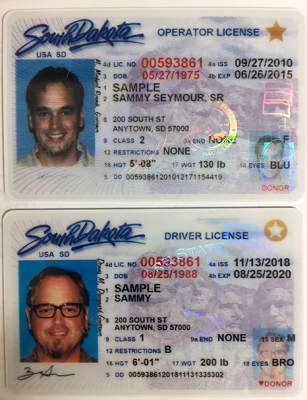 The deadline for obtaining the Real ID needed to board a domestic flight has been pushed back again, with the Department of Homeland Security citing the lingering impact of the COVID-19 pandemic for the slower-than-expected rollout.

“This extension will give states needed time to ensure their residents can obtain a REAL ID-compliant license or identification card,” Homeland Security Secretary Alejandro N. Mayorkas said in a news release. “DHS will also use this time to implement innovations to make the process more efficient and accessible. We will continue to ensure that the American public can travel safely.”

After the May 2025 deadline, domestic travelers 18 and older on commercial flights must have a Real ID-compliant driver’s license or state photo ID identification card. Real ID also will be required to enter some federal facilities such as military bases.

The Real ID law was passed by Congress in 2005 on a recommendation from the 9/11 Commission. The new form of ID incorporates anti-counterfeiting technology and uses documentary evidence and record checks to ensure a person is who they claim to be.

Enforcement has been delayed several times since the original 2008 deadline. Most recently, in April 2021, DHS extended the deadline to May 2023, also citing how COVID-19 made it harder for states to issue new licenses. DHS said in 2021 that only 43% of state-issued driver’s licenses and ID cards were considered Real ID-compliant.

All 50 states, the District of Columbia and four of the five U.S. territories covered by the Real ID Act are issuing Real ID-compliant driver’s licenses and ID cards. DHS said American Samoa is under review for Real ID enforcement.

South Dakota is now more than 99% compliant in its efforts to meet the federal government’s enforcement deadline of the Real ID license regulations next year.

A Real ID compliant card has a gold star or star within a circle in the upper right hand corner. Both cards will be accepted for proof of identity to board a flight within the United States.

Director of the state Driver Licensing Program Jane Schrank said making the state compliant with Real ID regulations has been a priority. She says the high level of compliance speaks to strong customer service and efforts to keep South Dakotans safe.

The federal Real ID Act established minimum security standards for license issuance and production. The act prohibits federal agencies from accepting for certain purposes driver’s licenses and identification cards from states that do not meet the minimum standards. The purposes covered by the act include accessing federal facilities and boarding federally regulated commercial aircraft.

For more information on how to apply for or renew a South Dakota driver license or identification card, click onto: https://dps.sd.gov/driver-licensing.

The state driver licensing program is part of the South Dakota Department of Public Safety.