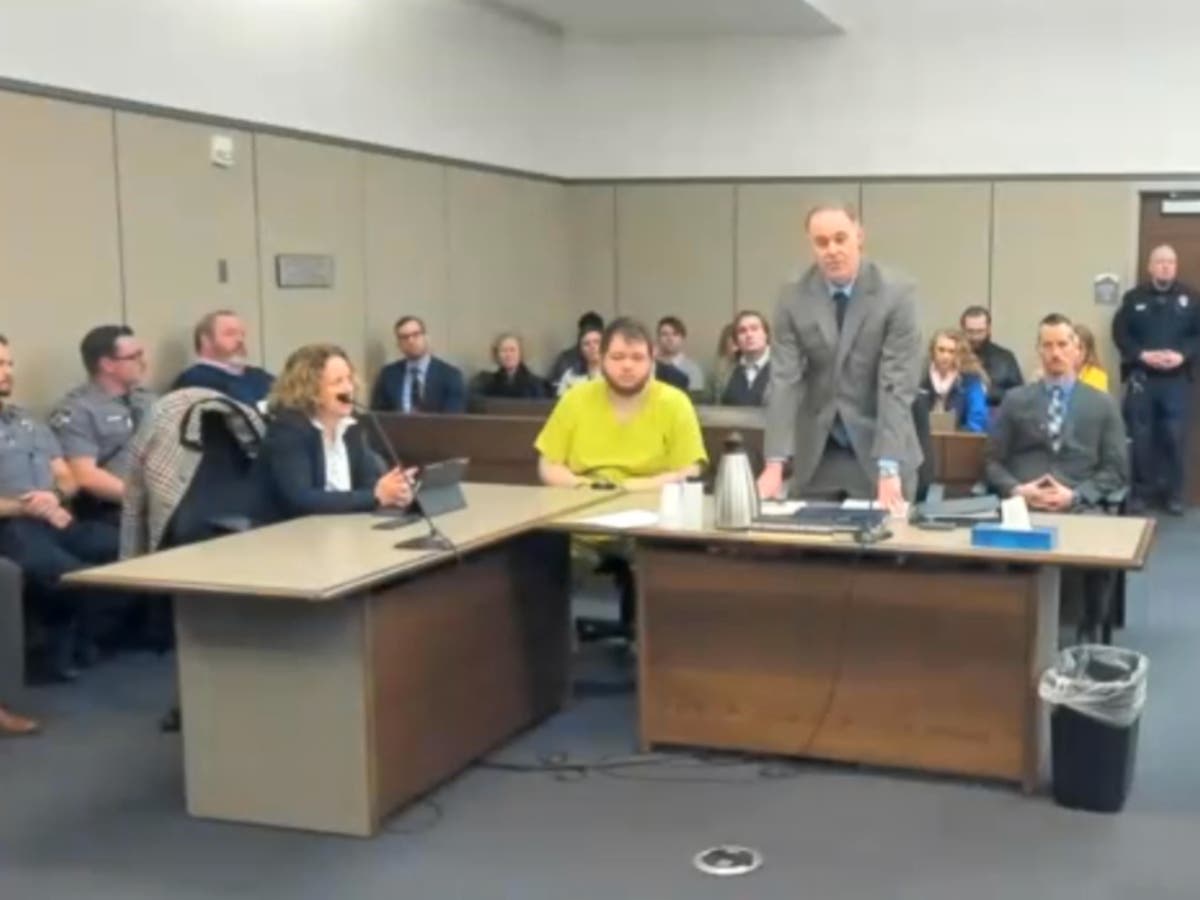 Sign up to our free morning US email news bulletin

Anderson Lee Aldrich has been charged with five counts of first-degree murder and multiple counts of hate crimes, among dozens of other charges, after the suspected shooter allegedly fired into a Colorado Springs LGBT+ nightclub last month, killing five people and injuring more than a dozen others.

The 22-year-old suspect was formally charged with 305 criminal counts on 6 December, more than two weeks after the mass shooting inside the club that has rocked the city’s LGBT+ community.

Aldrich allegedly was armed with an AR-style rifle and a handgun before entering Club Q on 19 November, when law enforcement officials say the shooter “immediately” began firing moments before club patrons subdued the attacker.

Aldrich faces five counts of committing a bias-motivated crime – or “hate” crime – as well as several charges of attempted murder and assault in the first degree and second degree.

Aldrich appeared in court in person on Tuesday wearing a yellow prison jumpsuit. Aldrich, whose public defenders have identified the suspect as nonbinary and claim to use they and them pronouns, remains in jail without bond as the case proceeds.

Law enforcement agencies did not reveal an alleged motive in the attack, but the club’s owners and LGBT+ advocates have condemned a surge of inflammatory anti-gay and anti-trans rhetoric and politicised harassment from right-wing and religious figures and Republican officials in the weeks and months that preceded the attack.

An arrest affidavit – which can include law enforcement’s perceived narrative of the attack and how it unfolded – has remained under seal since the attack. It is expected to be unsealed on Wednesday.

Aldrich was arrested in 2021 for felony menacing and kidnapping charges after a woman reported that a person she said was her son “was threatening to cause harm to her with a homemade bomb, multiple weapons and ammunition.”

Aldrich was never prosecuted and a bomb was not discovered.

Colorado has a so-called red flag law that allows law enforcement agencies to petition judges to remove firearms from people perceived as dangerous to themselves or others. It also remains unclear when or how Aldrich was able to access firearms or whether the state’s red flag provision would have applied.

A judge is slated to hear arguments during a court hearing on 8 December to determine whether documents from that 2021 case should be unsealed.

This is a developing story