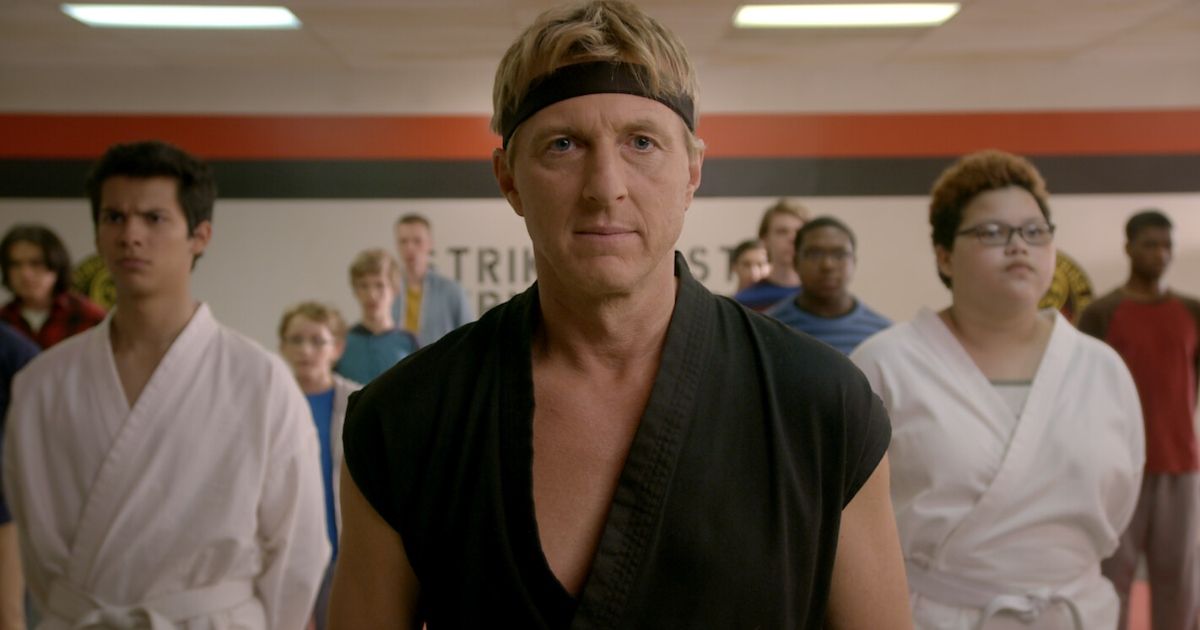 When Cobra Kai eventually comes to its end, the story may be continued in a new trilogy of feature films.

While we are fast approaching the release of the fifth season on Netflix, it seems like there will be much more to come from the Cobra Kai world. Originally, the series debuted on YouTube where it premiered its first two seasons before making the switch to Netflix. At its new streaming home, the show has since put out an additional two seasons with season 5 hitting the platform on Sept. 9.

Given the show’s continued popularity, it seems probable that it will end up getting renewed for season 6. This is certainly a lengthy run already for the show at Netflix, which is known to often cancel popular shows prematurely. Could it be that season 6 will be the end, or will the Cobra Kai train keep rolling for a while longer?

Series star William Zabka has some ideas. Speaking about the show’s endgame with ComicBook.com, Zabka confirms that there are tentative plans in place for how to end the series, but it’s still unclear how many seasons it will take to get to that point. The actor also says that there will still be more for fans to look forward to once Cobra Kai is over, as he believes that a trilogy of movies will be following the series.

“Yeah, there’s no endgame at all, we’ll keep this thing for another ten seasons. [Laughs] There’s an endgame. Everything’s pointing to a place on the map for sure. It’s a matter of how many we’re gonna get to do that, but there’s definitely an endgame. We’re gonna end the series, and then I think we’re gonna do a trilogy of films.“

We could be seeing this all forming a Karate Kid cinematic universe much in the vein of the Marvel Cinematic Universe (MCU). Ralph Macchio has also teased that there are some early plans to explore more of this world, as Cobra Kai offers all kinds of spinoff opportunities. That could possibly include the legacy characters, such as an origin story for Pat Morita’s Mr. Miyagi, or even more to do with the younger fighters featured in Cobra Kai. As he told ComicBook.com:

“The thing that’s been created, there’s kind of this Karate Kid Cinematic Universe now where Cobra Kai is, you know, at the center of that and when that day does come in for a landing, there are other areas to draw from. I mean, whether it’s … Is there a Miyagi origin story? Is there a Cobra Kai prequel before The Karate Kid? Is there spin-offs with some of the young cast of these characters? Who knows? But we’re not done as long as we’re given the opportunity to really bring it in. As long as it evolves organically, these guys that write the show really have their finger on the pulse of that.”

You can watch the first four seasons of Cobra Kai on Netflix. Season 5 is set to start streaming on Sept. 9, 2022.