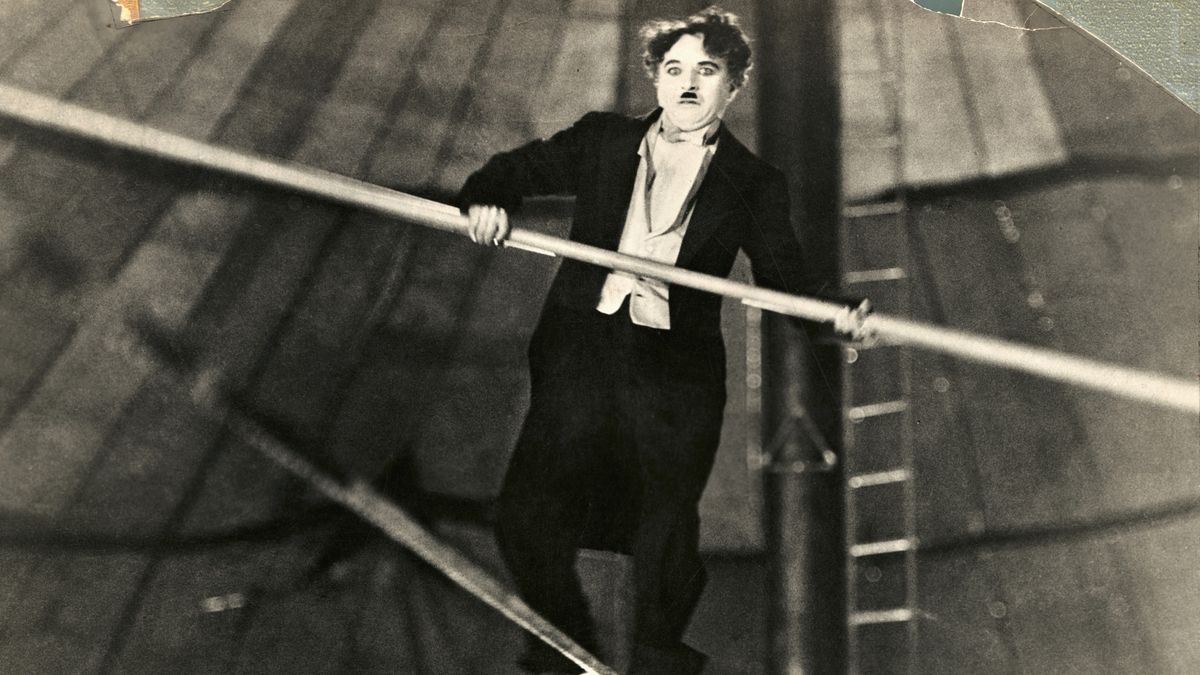 A Canadian development outfit has acquired the exclusive rights to make videogames based on the works and likeness of Charlie Chaplin. The filmmaker and actor wrote, directed and starred in countless dozens of films and his character The Tramp remains one of the most globally recognised icons of comedy. Chaplin is now venerated by a film establishment that once looked down on his work, and old clips and even entire movies have found something of a contemporary audience for him on YouTube.

The news comes via a CBS report (opens in new tab) on the Quebec-based company B Df’frent Games which, with Chaplin expert Yves Durand, successfully pitched the idea to the Chaplin family. The conditions that the family wished for were “No violence. No sexism. No racism. Genuine storytelling.” Which does sound like they thought they were being pitched this thing in the mid-1990s, but we’ll let it slide.

“One of the fascinating things about Chaplin is you show a Chaplin film to a group of young people, 10-15 years old, you start seeing people laugh, even today,” said B’Df’Frent Games co-founder Robert Young. “What he did, how he did it, how he expressed himself, how he moved still makes people laugh today. They still get a kick out of it… It just lends itself to a game so well.”

Hm. The question of how exactly that translates into a videogame remains to be seen, not least because the people involved don’t seem to have done much beyond laying the foundations. Young conceives any project as a “social impact” videogame, which is being developed alongside Indie Asylum, a “gaming co-operative” in Montreal.

“It’s been a five-year process of talking with the family … And it was much more about aligning our values with the Chaplin family than negotiating royalties,” said Young. He later goes on to note that the perception is Chaplin films are only popular with older people but “over 200 million people a year are watching Chaplin films on YouTube and the age is somewhere around 15-35”.

“No one has ever done a videogame with this intellectual property”, says Christopher Chancey, co-founder of Indie Asylum.

I’m afraid he’s wrong about that: there was an MS-DOS Chaplin game released in 1988 by US Gold. It’s an odd little thing (opens in new tab), almost like a precursor to something like Lionhead’s The Movies: you played ‘scenes’ as a well-animated Chaplin in his Tramp garb, then edited these together into films which an audience would either approve or disapprove of. It was of its time but remains a real curio: you can see it in action below.

Anyway. Chancey reckons that the pandemic has created an appetite for games that don’t fit the traditional mold: “Life was so stressful for a while that continuing playing dark videogames or video games with mature themes was more like a downer.” He adds that a potential Chaplin game could center on the divisions between poor and rich.

Well, this is an odd one alright, though strangely enough that old DOS game shows that it’s far from an impossible task. What will be tough is capturing the essence of the man’s movement (this is, after all, one of the greatest physical comedians to ever live) and building a game that, whatever you end up doing, is actually funny.

Unfortunately, I also bring some bad news. While preparing this article I looked up B Df’Frent and Indie Asylum. The latter seems a fairly straightforward collective of smaller development studios. In B Df’Frent’s case, however, the official website (opens in new tab) has this killer sentence in the site’s meta code:

“B Df’rent Games, a Software Publisher of the Little Tramp Adventure Game for Mobile Devices. Available in the future, a series of NFT based on the IP of the game.”

So… yeah. It’s not like my hopes were high here, but I suspect the intent here may be rather more about getting such an iconic figure’s likeness involved in blockchain shenanigans than actually making a great game based on his works. Violence is perhaps the last thing the Chaplin family should be worrying about.