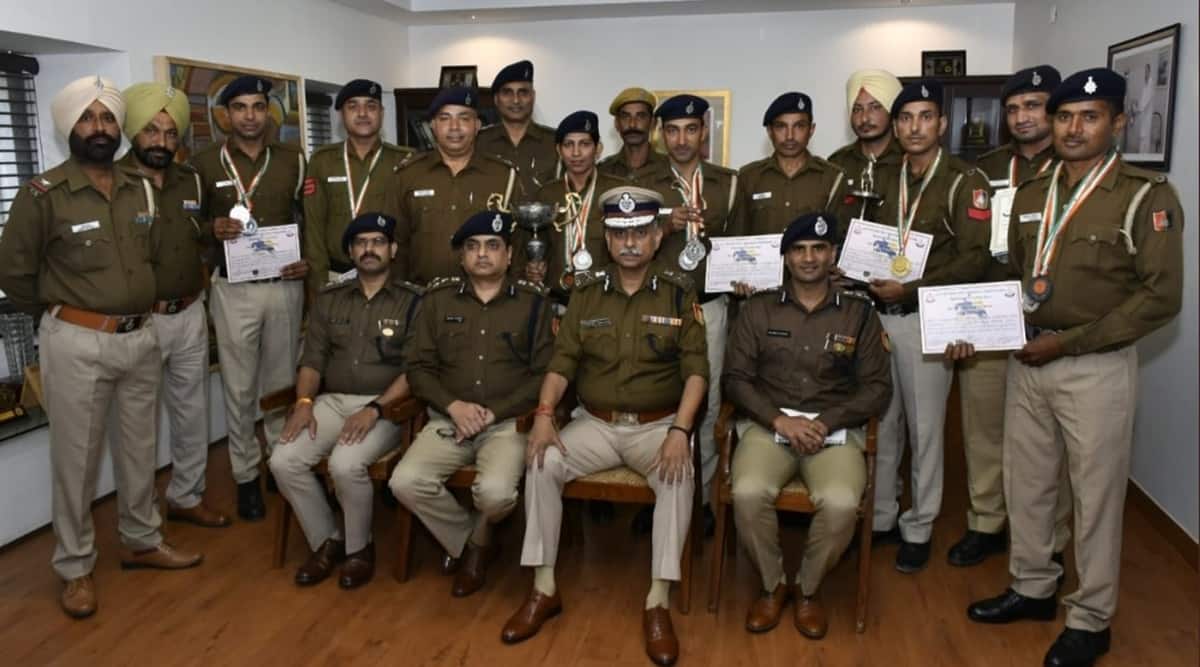 Chandigarh DGP Praveer Ranjan Tuesday facilitated all the team members with commendation certificates at his office in police headquarters Sector 9. The event was held between November 14 and November 26.

The mounted staff team, including 11 horses, participated in the event under the supervision of ASI Mukesh Kumar.

Sub-Inspector Mohit Singh who won gold in the 800m event in the 40+ category in the Chandigarh Masters state-level championship held at sector 46 sports stadium, in another sports event was also facilitated on the occasion.