Brother From Another Planet: The Movie That Brought Historic Black Experiences to Sci-Fi 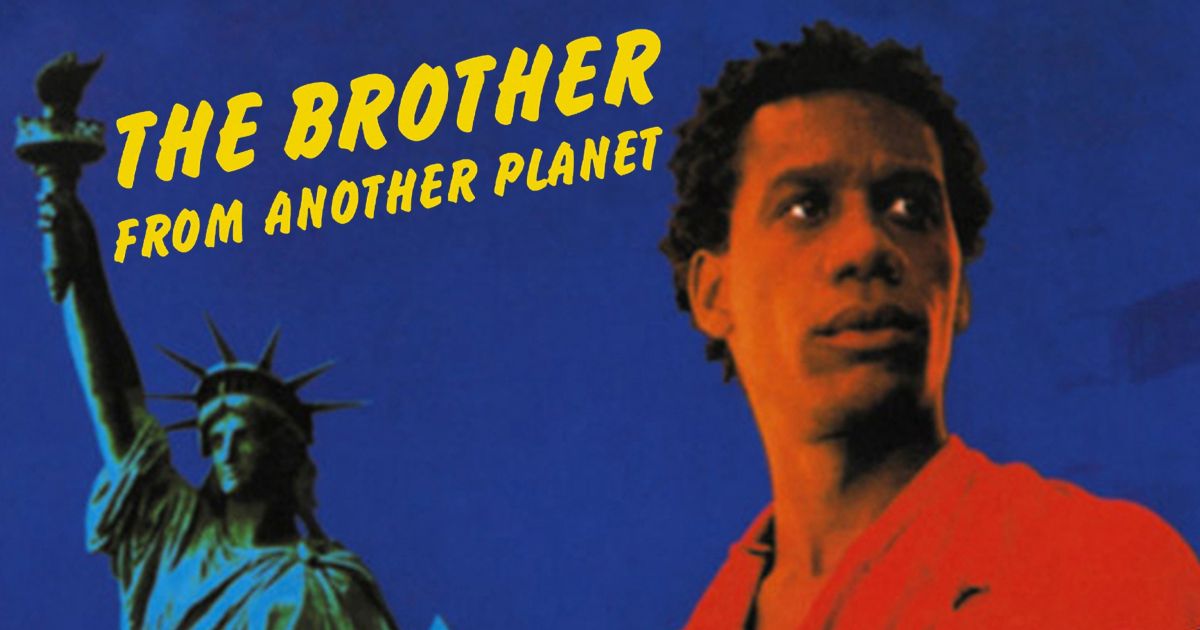 If we go back thousands of years, we find works of imagination like the story of Daedalus, whose imprisonment at the top of a tower isn’t that much different from Gandalf’s in Lord of the Rings, and whose artificial wings that allow him and his son Icarus to fly away aren’t too far from the wings that Marvel’s Falcon straps on. Is it science fiction? It might just be, and it’s as old as most known stories get.

Perhaps what separates science fiction from drama is the inclusion of some ability or thing with a man-made or natural explanation that doesn’t actually exist in reality (at least, not yet). Monsters don’t really exist, but dangerous and unknown species might. Magic spells don’t really exist, but manipulating quantum waves and time distortion might be possible; as 2001: A Space Odyssey author Arthur C. Clarke famously wrote, “Any sufficiently advanced technology is indistinguishable from magic.” Science fiction lives in the realm of the plausible.

The ability of science-fiction to plausibly go beyond what’s possible is what makes science fiction such a good vehicle for real-world moral and social commentary. The story of Daedalus isn’t just a fascinating account of an imagined flight technology — it’s a profound parable. Exulting in his ability to fly, Icarus would not be contained. Disregarding his father’s warning, he rose higher and higher, flying too close to the sun. His constructed wings melted, and Icarus fell to his death. There’s a lesson to be learned here, maybe more than one.

Writer/director John Sayles makes it clear with both the title and the first minutes of his 1984 film, The Brother From Another Planet, that this is a science fiction movie. It opens with odd alarms blaring, instruments flashing warnings in alien script, and a space-suited pilot desperately trying to control a shuddering spacecraft. The ship crashes, ironically, on Ellis Island, where the alien crawls from the rising smoke. He’s horribly wounded, but uses a glowing power to heal and regrow a lost, not-quite-human limb. Pure science fiction.

But as the film continues, we see that this is much more than a story about extraterrestrial life and alien technology. Again, there is a lesson to be learned here.

The Brother From Another Planet is Science Fiction, and More

Midway through The Brother From Another Planet, there is a brief, almost incidental scene that, on the surface, seems like an eye-rolling science fiction cliché. Our alien, The Brother, comes across a dog leashed to a parking meter, immediately befriends it, and sets it free. We think, of course! The primitive humans cruelly enslave, hunt, and eat other species, unlike aliens, who are advanced enough to know better.

This idea was elaborated on in another science fiction film about a shipwrecked extraterrestrial that was released just three months after The Brother From Another Planet. Partway through the John Carpenter film Starman, the visiting alien comes across a dead deer tied to the trunk of a hunter’s car. The Starman, played by Jeff Bridges in an Oscar-nominated role, uses one of a precious few miraculous alien resources to bring the deer back to life.

The moral message in this scene from Starman is that only a primitive species would harm another harmless species — enslaving, mistreating, or killing animals is perceived to be a universal wrong here. We watch the deer’s resurrection along with the Starman’s companion, smiling in approval and admiring the Starman’s benevolent compassion for all life. (But maybe we are hypocrites, swallowing a shallow message at the moment without realizing that our sole loyalty is to our species, or just ourselves: Would we want the Starman to use one of his seven miracle spheres on a slain deer, or the child dying of cancer in the hospital down the road?)

Related: Starman: Why John Carpenter’s Sci-Fi Film is One of the Best of the 80’s

And so, we think the dog-releasing scene from The Brother From Another Planet is much the same. Dogs are people too. But that’s not what motivates The Brother, and it’s not what John Sayles is doing with this scene or this film, although he might have enjoyed the head-fake. As the movie unfolds, we realize that this is a film about the longing for freedom. The Brother’s release of the dog isn’t just the liberation of an oppressed species — it’s soul-crushing empathy. It’s the wish that he, like the dog, could be set free.

The Brother From Another Planet is a Story of Freedom

When it came out in 1984, many critics called The Brother From Another Planet a comedy, or a shaggy-dog film. It certainly has comedic fish-out-of-water moments, and its scenes certainly tend to ramble on far longer than the popular standards of today’s concise storytelling. But neither of these style choices best define The Brother From Another Planet. Like most good art, it’s more concerned with what it’s saying than with what others would say about it.

There’s a reason the story is set in Harlem. There’s a reason the hero of the story is known only as The Brother. And there’s a reason The Brother is a Black man and his galactic hunters are white, although it’s not as literal as we would first assume. But these racial choices are a calculated visual parallel to real human history. Black experiences in North America began with the opposite of freedom. It took decades of fighting oppression and a blood-soaked civil war to change that trajectory, and the ripples of the wrongdoing still affect us today.

For many years leading up to the American Civil War, there were people who cared deeply about the enslavement and murder of other human beings because they looked different. They were not soldiers or politicians, just those who were dedicated to the proposition later made by President Lincoln, that all men are created equal. These ordinary church ministers, business owners, and farmers ran a covert network called the Underground Railroad, which tried to move escaped slaves to safety at a time when the capture and return of escaped slaves was an extremely lucrative and brutal business.

The Brother From Another Planet is a science fiction view into a fraction of what it felt like for Black men, women, and children trying to escape slavery in the mid-1800s, Watching the film in our contemporary setting might also illuminate the struggle that very real ‘aliens’ go through, namely undocumented people, refugees, and immigrants who are different kinds of brothers and sisters from other planets. The movie gives us a taste of what it would be like to be a slave or refugee ourselves. We begin with the life-threatening risk of escape, and learn how to survive in a strange world. We feel the fear of being pursued, and the surprise of unexpected help. Finally, against all odds, we arrive at a safe, new home among friends.

The Brother From Another Planet is About Many Kinds of Freedom

The brilliant twist John Sayles introduces in The Brother From Another Planet comes with the reason The Brother is considered a slave. The Brother is different, but not because of his dark skin. The two hunters search by asking about his feet. When they call him a “three-toes,” it carries all the loathing of strong prejudice. The damning difference between them is counted by toes, and quite possibly by The Brother’s inability to speak. Sayles sagely reminds us that there are many (generally arbitrary) reasons people look down upon others, and that there are many ways in which we long for freedom.

Related: The Best Sci-Fi Movies Led By People of Color

Freedom from the evil of slavery is just one human longing that the film focuses on. Another strong theme is freedom from brutal addictions. The Brother experiences being robbed by young men at knife-point, one of whom might be sympathetic or remorseful. When he finds that young man dead from an overdose, he sees and feels the evil of addiction first-hand, which pushes him, for the first time, past being a victim and into action. Even two seemingly random men from Indiana who would have been called “yuppies” in 1984 are shown subtly longing for freedom from the meaninglessness of their lives.

The Possibility of Empathy in Science-Fiction

Science fiction breaks through the real-world boundaries of what can actually be done, or the places that can actually be reached, taking us to places of vision and imagination. But it can also expose what it means to be human, and live in a human world. It very often holds a mirror up to the flaws we have had, and those we still have, and the ways in which we all still need to grow.

With a subtle look back to the evil of slavery in our world, and the actual need humans had for an Underground Railroad, The Brother From Another Planet reminds us of what has happened in our past, what’s important today, and lets us look ahead to — and aim for — a time when our longings for freedom become realities.

The Brother From Another Planet is actually in the public domain, meaning that you can watch it for free on YouTube below.