Bodies At Sea: A peek into the mysteries of unseen wonders ‘Bodies at Sea,’ a multi sensorial, experiential display explores parallels between the human anatomy and the ocean

‘Bodies at Sea,’ a multi sensorial, experiential display explores parallels between the human anatomy and the ocean

Have you ever wondered about what lies beneath your skin? Much happens inside our bodies that we hardly pay any attention to — blood flowing, fluids sloshing, acids breaking down or building up — there is a whole world within that churns away under our surface that we take for granted, pausing only when something goes amiss. In ‘Bodies At Sea,’ artist Devika Sundar and designer Kamini Rao draw parallels with the human body and the ocean, two entities with yet-to-be-discovered hidden depths.

Using the imagery of submerged chambers and innumerable channels, Bodies At Sea traces the boundaries between the perceptible and hidden, the invisible and the physical.

Friends for over 17 years, Devika says she and Kamini had long wanted to work on a project together. When the National Centre for Biological Sciences (NCBS) in Bengaluru issued an open call on works that were themed Boundaries, Bodies at Sea submitted by the duo was adjudged the winning proposal. As part of the project, the proposal had to utilise content from NCBS’ archives.

“Our goal was to design, curate and create something that was immersive as well as experiential. That was how our ideation began, spanning over a year and a half. We went through the archives at NCBS and looked at ways to present the archives in a way that viewers could interact and engage different senses to experience it,” says Devika.

“We worked with the art medium in two different ways — while Devika is a fine artist, I am more into spatial storytelling fields,” says Kamini, adding, ”We knew early on that we wanted to work with KS Krishnan’s body of work. Once we won this proposal, we looked at overarching themes of fluidity between the body and the ocean as seen as in the archives. KS Krishnan, professor emeritus at NCBS, had researched cone snails found along the Indian coast and in the course of his work spanning several decades, he not only studied the medical application of cone snail toxins as potential pain relievers but also saw the ocean as a limitless arena for scientific discovery and innovation.

While exploring ideas, Devika says she remembered how diagnostic imagery had a marine-like quality to them which opened up a narrative around human bodies and oceanic ones. “There was a visual synergy between Devika’s artwork and sea forms and the patterns they were creating. We conceptualised a space where a reimagined aquarium meets medical museum,” says Kamini.

“There is the inaccessibility of our own bodies, it is an unchartered territory we are still trying to understand and diagnose. On a different level, our project looked at boundaries between the visible and the unknown. We felt there was a lot of the unknown, a sense of mystery, within both these environments that we wanted to capture,” Devika adds. A view of the Bodies at Sea exhibition
| Photo Credit: Special Arrangement

Once the duo ideated their project, they began looking at the body and the sea as depicted in mythology, the supernatural and through the lens of poetry, by other artists and archives around the world. Apart from Devika’s impression of internal organs in mixed media, Bodies At Sea includes photographs from Rohan Chakravarty’s A Way Back Home where he captures sea creatures through aquarium glass, as well as Ipsa Jain’s zines on cells and data mirroring the interior scapes of our bodies to marine beds and coastal environment as well as scans and transparencies backlit and presented as lightbox images.

Exhibits also include pieces from the Wellcome Collection Library, sonic archives of marine life and medical instruments used to record sounds from within the body. Visitors to the exhibit can see Krishnan’s letter to other colleagues as well as maps, photos of field stations, shells from his research. 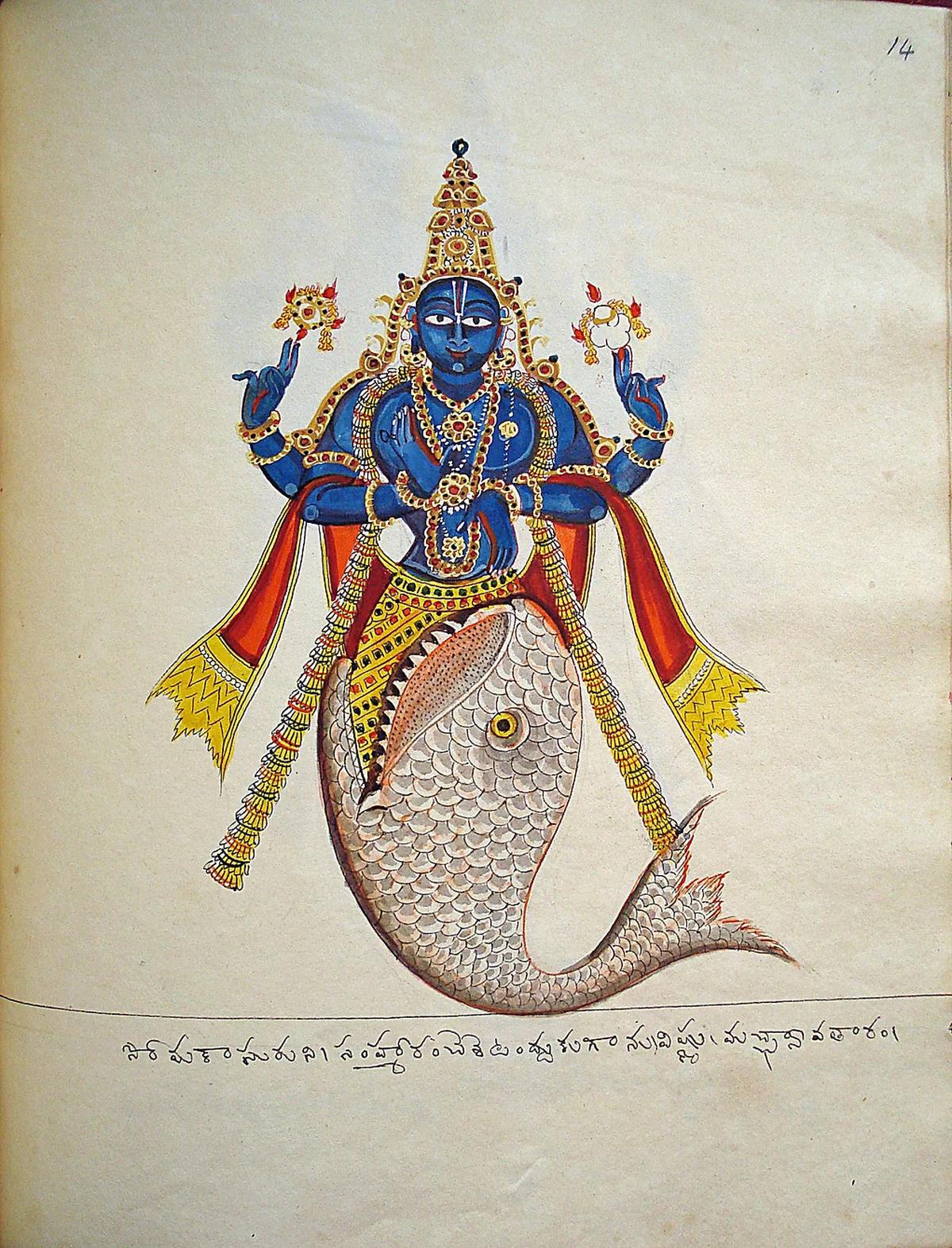 An exhibit from Bodies at Sea
| Photo Credit: Special Arrangement

As a designer, Kamini sought to showcase the exhibition as a collaboration between scientific and artistic thought through spatial design. “I wanted to present the entire space as an aquarium; hence the blue floor, ceiling and walls, and curved structures to hold all the artwork. Using the three concepts of tracing, discovery, and mapping, I wanted viewers to engage with the work, using light, sound and sensors,” she says.

Bodies At Sea can be viewed at the National Centre for Biological Sciences from 10 am to 5.30 pm Monday to Friday and on the weekend via email appointment ([email protected]ncbs.res.in), till December 2022. Interested parties could also request a walk-through of the exhibition by mailing [email protected] or [email protected]

Interactive exhibit where viewers have to distinguish if images are from the ocean depths or from within the human body.

Research papers on the beginning of oceanography as well as journals, collages videos