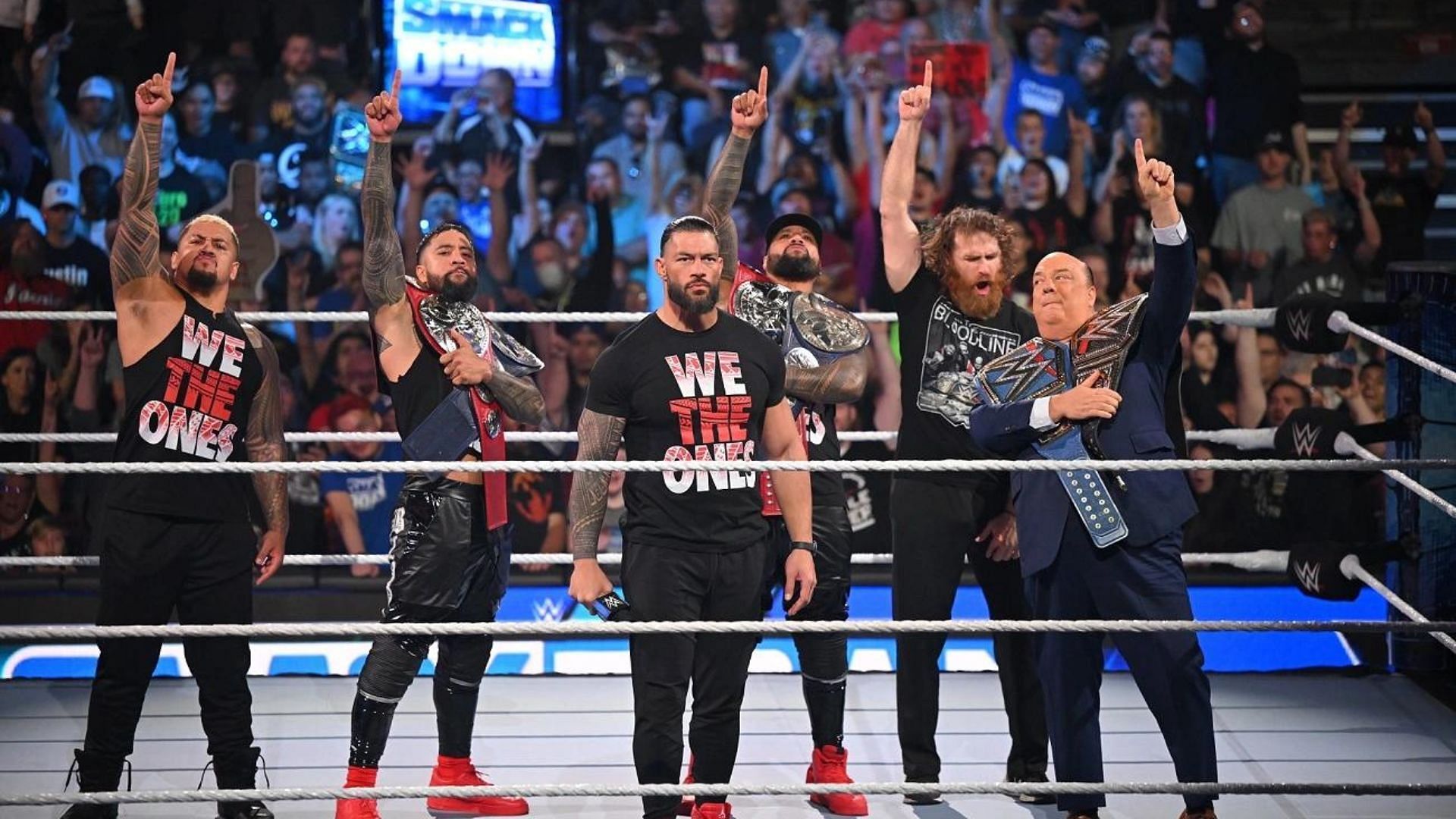 The Bloodline will be in action on the upcoming episode of SmackDown. The Usos are set to defend their Undisputed WWE Tag Team Championships on Friday.

Jimmy and Jey were to initially put their titles on the line against Drew McIntyre and Sheamus on the blue brand. Unfortunately, The Scottish Warrior has been forced out of the match as he has been “medically disqualified.”

Responding to the news, The Usos took a dig at McIntyre on Twitter, claiming that the former WWE Champion was simply scared.

Check out the same tweet from The Usos below:

Nah, you jus scurrred…. twitter.com/dmcintyrewwe/s…
Unfortunately I am medically disqualified to compete this Friday on #Smackdown

The Bloodline has been feuding with The Brawling Brutes for weeks. At the latest WWE Premium Live Event, Survivor Series: WarGames, the two factions crossed paths in a huge 5-on-5 match.

The Brutes teamed up with Drew McIntyre and Kevin Owens but could not win, as the unlikely alliance of Jey Uso and Sami Zayn led the heel team to a victory.

On this week’s episode of Monday Night RAW, The Bloodline made another huge impact.

The faction laid out Elias by brutally attacking him backstage, forcing him out of the tag team championship match. Kevin Owens eventually replaced Elias. The former teamed up with Matt Riddle to challenge for the Undisputed WWE Tag Team Championships.

However, The Usos continued their reign as champions with another massive win. Solo Sikoa also got his hands on Riddle and took out the former RAW Tag Team Champion.

With the win, The Usos will turn their attention to their upcoming tag team championship match. Jimmy and Jey will face Sheamus, who will team up with Butch instead of Drew McIntyre.

Would you like to see Sheamus and Butch dethrone The Usos on SmackDown? Sound off in the comments section below.