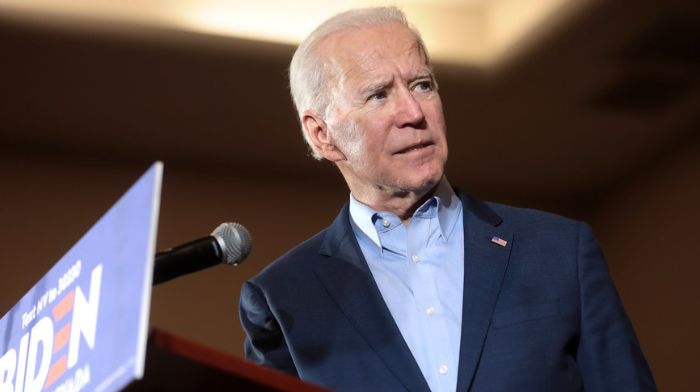 By Philip Wegmann for RealClearWire

Before an Independence Hall lit bright by blood-red light, President Biden warned that the extremism of his predecessor threatened the health of the Republic, attempting to draw out “extreme MAGA ideology” from the “soul of this nation” like poison is drawn from a wound.

He spoke for 24 minutes. He attacked his predecessor by name. White House officials had said his remarks would not be partisan.

On the marble white steps of the U.S. Capitol, nearly two years earlier at his inauguration, Biden had called on that same nation to “end this uncivil war that pits red against blue, rural versus urban, conservative versus liberal.” In Philadelphia Thursday in primetime, he again said he was a president for all America, “not a president of red America or blue America.”

RELATED: Trump Has Perfect Response To Biden’s ‘Enemies of the State’ Speech Attacking MAGA Republicans: ‘He Must Be Insane’

And yet, Biden says a purge, perhaps even a painful one, is necessary for the body politic because “too much of what’s happening in our country today is not normal.”

“Donald Trump and the MAGA Republicans represent an extremism that threatens the very foundations of our Republic,” Biden proclaimed. And while the president attempted to clarify that not all of his political opponents were extremists, he insisted that extremism was at the heart of the modern GOP. “There’s no question the Republican Party today is dominated, driven and intimidated by Trump and MAGA Republicans,” he continued. “And that’s a threat to this country.”

Two hours north in Scranton, House Minority Leader Kevin McCarthy, just an hour earlier, had accused Biden of “dividing, demeaning, and disparaging his fellow Americans,” and called on the president to “apologize for slandering tens of millions of Americans as ‘fascists.’” It was a reference to remarks Biden had made in private one week earlier when he likened the Make America Great Again philosophy of Trump and the GOP to “semi-fascism.”

An apology was not forthcoming. Instead, Biden offered a clarification. “Not every Republican embraces their extreme ideology,” he said. “I know because I’ve been able to work with these mainstream Republicans.” In the last week, the president has offered just two examples – Maryland Gov. Larry Hogan and a federal circuit court judge named Michael Luttig.

Beyond that, the White House has struggled to parse the distinction between “semi-fascism” and “extremism.”

The White House press secretary told RealClearPolitics earlier in the day that “when we talk about semi-fascism and you talk about the attack on our democracy, that’s what we’re talking about. Right? An attack on our democracy.” The so-called “Ultra Maga” agenda, Karine Jean-Pierre continued, is about “taking away people’s rights” and “taking away people’s freedoms.”

Biden anchored his remarks on the document of the Founding, the Declaration of Independence and declared it his “duty” to “tell the truth” about what he considers a repudiation of that heritage.

“MAGA Republicans do not respect the Constitution. They do not believe in the rule of law. They do not recognize the will of the people,” he said. “They refuse to accept the results of a free election and they’re working right now as I speak in state after state to give power to decide elections in America to partisans and cronies, empowering election deniers to undermine democracy itself.”

The president previously said that the integrity of the upcoming midterms hinged on enacting sweeping changes to election law at the federal level and defeating a slate of Republican changes in the states. “I’m not going to say it’s going to be legit,” he told RCP in January. The White House walked back that statement the next day, and Biden’s preferred reforms died in the Senate.

Back in Philadelphia, even as Biden described the dire straits of democracy and the need to return to normal, observers noted that his speech was itself a break with established protocol. In the shadows behind him stood two U.S. Marine guards, as the president spoke on the grounds of a national park and took specific aim at a political opponent.

But the threat of Trumpism was so fundamental, Jen Psaki seemed to say, that it transcended those normal considerations. “Defending democracy is necessary because it is under threat,” the former Biden spokeswoman wrote on Twitter. “That doesn’t make that defense of one of our fundamental values as a county partisan or political. (Because it’s not).”

During his inaugural address, Biden urged that “disagreement must not lead to disunion,” and during his Philadelphia remarks, he had an opportunity to put that to the test. When protestors could be heard chanting “Let’s Go Brandon,” the president replied, “They’re entitled to be outrageous” after extolling the need “to see each other not as enemies, but as fellow Americans.”

Democrats want to keep one American front-and-center: Donald Trump. From inflation to immigration and foreign policy to the economy, the majority of the country disapproves of how Biden is handling each of those issues, according to the RealClearPolitics Average. But recent polling, notably an NBC News survey, shows that threats to democracy rank as the top concern of voters. And here, Democrats feel comfortable. As one longtime Biden confidant told RCP recently, Trump “embodies everything we need in a Republican candidate.”

If the former president is a good foil for the current president ahead of 2024, the possibility of his return provides just as much of a motivation for the Democratic base in 2022. At very least, the presence of Trump helps Biden frame the debate.

Writing in The Atlantic Monthly before announcing his bid for the presidency, Biden argued that “the greatness of America is that—not always at first, and sometimes at enormous pain and cost—we have always met Lincoln’s challenge to embrace the ‘better angels of our nature.’” As president, he returned to that theme Thursday night.

“And if we do our duty in 2022 and beyond, then ages still to come will say we—all of us here, we kept the faith. We preserved democracy. We heeded our word. We heeded not our worst instincts but our better angels,” he said. “We proved that for all its imperfections, America is still the beacon to the world, an ideal to be realized, a promise to be kept.”

Moments before, with the dark silhouettes of uniformed Marines behind him, Biden was more succinct: “Vote. Vote. Vote.”

The opinions expressed by contributors and/or content partners are their own and do not necessarily reflect the views of The Political Insider.