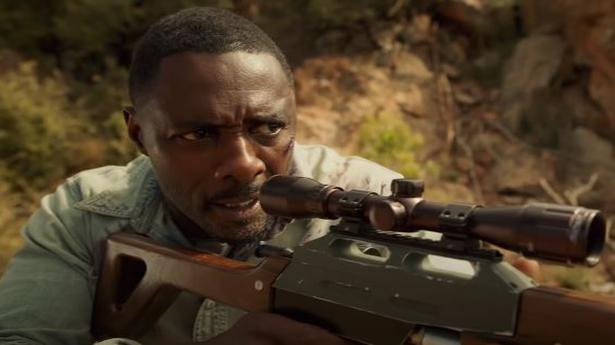 Though peopled with characters behaving irrationally, this Baltasar Kormákur directorial is enjoyable in an economic, bare-bones way

Though peopled with characters behaving irrationally, this Baltasar Kormákur directorial is enjoyable in an economic, bare-bones way

There was this mind-blowing creature feature, The Ghost and the Darkness, about the wicked man-eaters of Tsavo who terrorised the workers building the railway line between Uganda and Mombasa in 1898. Michael Douglas as the big game hunter was a hoot, as was Val Kilmer as the military engineer bent on getting the job done on schedule.

Beast, while not as much fun as the 1996 film, is enjoyable in an economic, bare-bones way. People are rather silly, running out of vehicles and other safe places, despite being repeatedly told to stay put. One loses count of the number of times a character tells another to stay in the car/shelter and is blithely disregarded.

Storyline: An estranged father must protect his daughters from a lion bent on revenge

Idris Elba plays a doctor, Nate, who comes to South Africa with his daughters Meredith (Iyana Halley) and Norah (Leah Sava Jeffries). Nate was separated from his wife. Meredith, or Mare as she prefers to be known, bears a king-sized grudge against her father for not being there as her mum passed away of cancer.

The three reach the Mopani Reserve and meet Martin, a wildlife biologist who takes care of the reserve while also waging a violent battle against poachers. Martin was also responsible for bringing Nate and his wife together. The poachers are getting greedy, hunting all kinds of wildlife including lions. When they kill an entire pride, the lone male survivor is left hopping mad and bent on revenge on all mankind. As Martin wisely says, “The lion has gone rogue because they killed his pride.”

The rest of the movie has Nate, Martin, the girls, the poachers and the lion engaged in a grim battle for survival, learning whatever life lessons available along the way. Last week, we saw Elba as a Djinn entangled in Three Thousand Years of Longing and now we see him deal with an annoyed lion. Shot in South Africa, Beast offers eye candy in the beautiful locations.

The lion is suitably majestic, and Elba and company do all the running, slashing and burning with the right degree of conviction. If you want to watch something that is not a superhero movie, this could be the ticket. And there are always the mean man-eaters of Tsavo…

Beast is currently running in theatres