Beast movie review: Idris Elba starrer fails to live up to its name 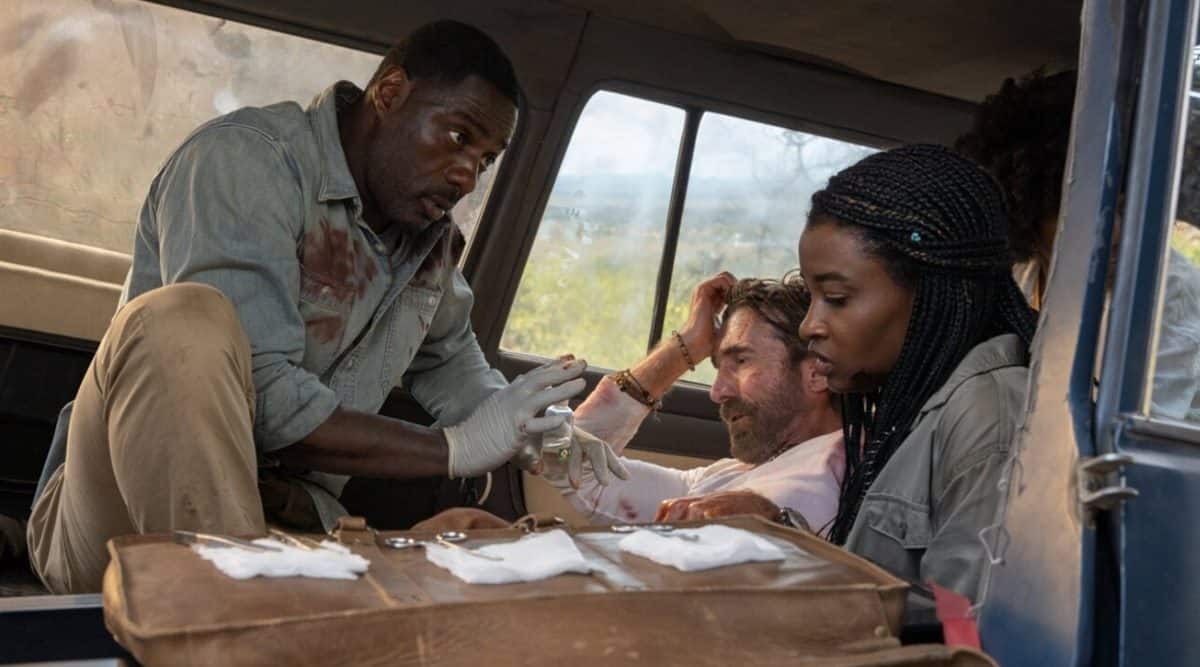 Idris Elba has said about this film that they didn’t want to “villainise the lion”. No worries there. What they could be held guilty of, though, is boring it to death.

Seldom has a survival story involved so much talk. From “oh my god, oh my god, it is coming”, to “be careful”, to “are you hurt”, to “what is it doing” — nothing is left unsaid, and unrepeated, as Nate (Elba) and his daughters Mere (Halley) and Norah (Jeffries) try to survive the “beast”.

Calling it by that name might be the wrong approach if you are trying to be half-way sympathetic towards a lion that is behaving “so oddly” (again, something we are repeatedly told, but never explained). However, Kormakur, the Icelandic director who has made a name with films like Everest involving men vs the wild, doesn’t seem to have demanded much research into the big cats.

The beast is there just to give us some jumps, hopefully good enough for us to ignore that its computer generated, snarl here, take a bite there and make some lunges here and there, run up against one flimsy jeep repeatedly, and eventually (don’t tell me, there is any doubt about that) get thwacked into its place. Thwacked, means thwacked.

Wish we could say Elba holds up his end heroically. But this limp performance might not be his fault, given that he is in the midst of the world’s oldest guilt trip, trying to make up to his children for having ignored their mother as she died of cancer, only to have them land straight into the lion’s mouth, literally.

With the dialogue not helping, at least he looks majestic enough to give the lion some pause.

The girls are no surprise either, a sulky teenager and a spunky younger sister, who, like it happens in films, magically transform into real-life warriors once their wi-fis and phones are taken away.

Copley, from whom one could have had some hopes, plays Martin, the only guy in their midst who is an animal expert, being a reserve “enforcer”. In other words, he has spent his life in the African jungle that Nate abandoned for good old America at the first opportunity, taking along the one woman for whom Martin clearly nursed some feelings.

You keep wishing Beast would live up to its name and explore some primal feelings resting deep within Martin’s heart. But, no, Copley spends most of his time prone on the jeep floor recuperating from a wound.

That brings us to the one skill that the film clearly values above all – knowing one’s way around a medical kit. When life throws a lion your way, be sure you have a doctor like Nate amidst you, suturing, dressing, giving useful medical tips, listening to your daughters talking about your “double major”, as the beast creeps up.