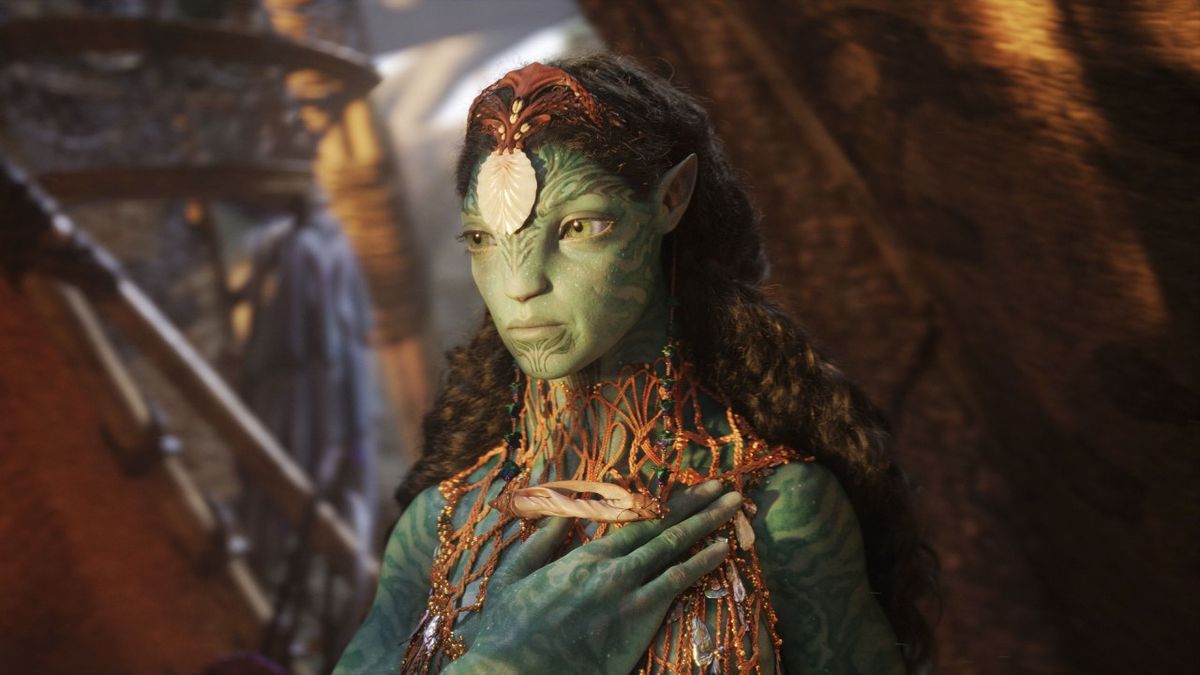 Avatar took the movie world by storm in 2009, eventually earning — and then re-earning — the honor of highest-grossing movie of all time. So it really can’t be overstated how high anticipation is for its first sequel, Avatar: The Way of Water. Over a decade later, audiences are finally set to return to Pandora and continue the story of Sam Worthington’s Jake Sully and Zoe Saldaña’s Neytiri, among others, when the film hits theaters on December 16. The reviews are in, and it’s no surprise critics are lauding the incredible animation, but what are they saying about the story?

First reactions to the Avatar sequel had many saying the ground-breaking technology surpassed the stunning visual effects of the first movie, but there were some concerns about the story. As for what we know so far about Avatar 2, the plot wasn’t revealed too much through the trailers, so let’s take a look at what the critics have to say, starting with CinemaBlend’s review of Avatar: The Way of Water. Our own Corey Chichizola rates the sequel 4.5 stars out of 5, saying the legendary director expertly expands the world of Pandora, while also keeping the story centered and family-driven:

CinemaBlend managing editor Sean O’Connell also praises the sequel, saying it’s got a better story and develops the characters much more fully than the first film. While he says he felt the 3-plus hour runtime toward the middle of the film, everything pays off, and the final hour is James Cameron at his finest. He also rates the movie 4.5 out of 5 stars. Check out more from O’Connell’s spoiler-free video review of Avatar 2:

Richard Roeper of the Chicago Sun-Times gives a similar rating — 3.5 out of 4 stars — but that’s based much on visuals that are “some of the most dazzling, vibrant and gorgeous images I’ve ever seen on the big screen.” The plot, however, is relatively thin and would garner just 2.5 stars without the visual portrayal of Pandora. He says:

Some critics point out some similarities in plot between the first and second movies, but USA TODAY (opens in new tab)’s Brian Truitt says the younger characters breathe new life into the story when it starts to feel repetitive. He rates the film 3 stars out of 4, saying:

IndieWire’s David Ehrlich says when the first movie ended 13 years ago, he didn’t think he’d care enough to sit through one Avatar sequel (or six), but his reaction to The Way of Water seemingly proves the movie’s boost in storytelling. The critic says the sequel’s ending left him champing at the bit to see what happens next, grading the film an A-:

Tom Jorgensen of IGN rates the movie a “Great” 8 out of 10, also noting improvements over the first movie. The critic uses words like “simple” and “cliché” to describe the plot, but says it’s well worth the price of admission to escape to Pandora for a few hours. More from this review:

Most of the critics seem to agree Avatar: The Way of Water is an upgrade from the 2009 blockbuster — great news for excited fans. Many are praising the improved story of the sequel, but even those who find fault in the plot give high recommendations to see this film, and to see it on the biggest screen available. The sequel is set to hit theaters on Friday, December 16, so you might want to buy your tickets early, as there are high hopes at the box office. Also be sure to check out what’s coming in the new year with our 2023 Movie Release Schedule.