At least 8 killed in Mexican resort of Acapulco, including 5 in bar shooting 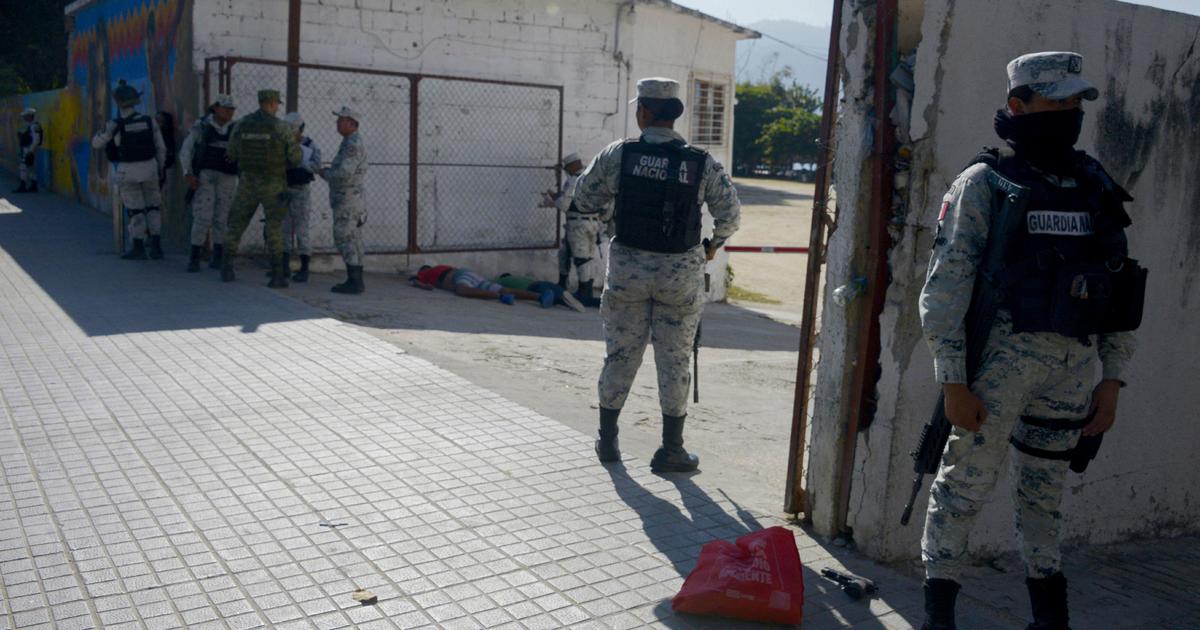 At least eight people were killed in Acapulco, including give men were gunned down Monday in a bar in Mexico’s Pacific coast resort.

Prosecutors said one possible suspect had been detained the attack. Three of the men died inside the bar, and two outside or at a hospital.

Also Monday, authorities confirmed that three other people were shot to death at another point in Acapulco in an unrelated attack.

Acapulco’s reputation has suffered for years under a wave of violent crime. This summer, the leader of the guild of restaurants, bars and nightclubs in Acapulco was shot dead.  In April, at least three people were killed in a shooting and a subsequent chase by police officers at a beachside restaurant in Acapulco.

But even that market took a hit over the weekend, when there were reports of robbery attempts on cars along the main highway linking the resort to the capital. Officials in southern Guerrero state said they had stepped up police patrols following those reports.

One motorists said thieves had tossed rocks from overpasses or piled tires on the highway to try to force cars to stop.

And in the neighboring state of Michoacan, prosecutors said they had found the half-buried bodies of five men near the city of Uruapan.

Local media reported the men were from a local drug rehabilitation center, and had been missing for about a month.

Mexico, hit by a spiral of violence linked to organized crime, has registered more than 340,000 violent deaths since December 2006, when a controversial military anti-drug operation was launched.