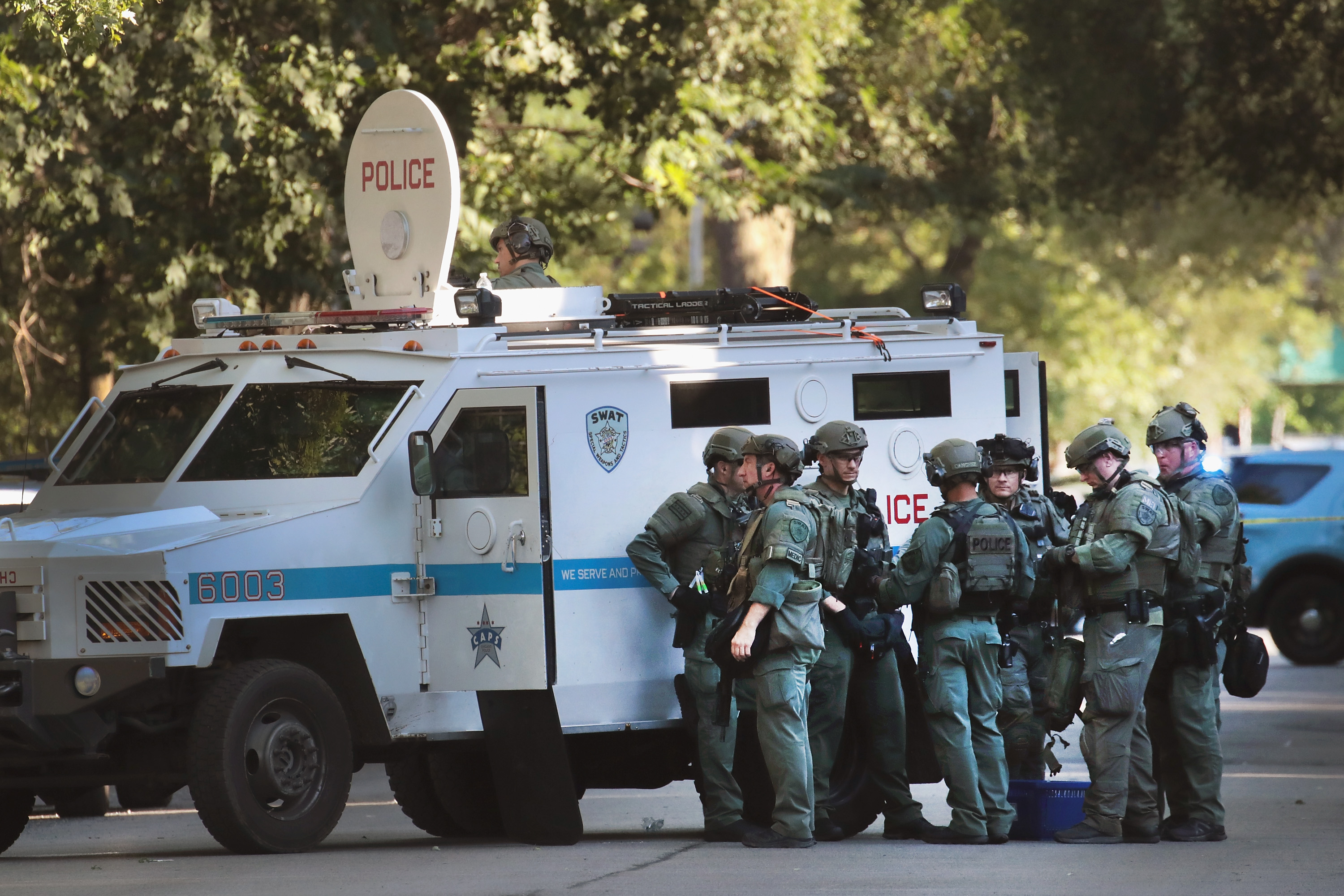 Schools across the country have been sent into lockdown or evacuated in response to a wave of falsely reported shooting and bomb threats, often referred to as “swatting.”

As students return to the classroom, reports of swatting have emerged at dozens of schools across Louisiana, Minnesota, Colorado, Texas and elsewhere. In some cases, the hoax calls have caused pandemonium and rattled students, parents and educators already on edge over the threat of school shootings. Authorities in different states say they have clues about who may be making the threats.

The FBI defines “swatting” as making a hoax call to 911 with the intent of drawing a response from law enforcement, particularly a SWAT team. Perpetrators of these calls often use technology to give the appearance that the emergency call is coming from the home of the person being “swatted.”

Swatting calls are sometimes made as a prank and other times to enact revenge, but the results can turn deadly.

In Louisiana alone, 15 schools received active shooter threats on Thursday from an internet-based phone number with an out-of-state area code, reports Vermilion Today. One of the false threats targeted Abbeville High School, southwest of Lafayette, and placed the school on lockdown for two hours, the paper reports.

Abbeville Police Chief Mike Hardy told the paper he and officers scoured each classroom before learning that the phone call may have been part of a prank affecting schools nationwide.

In Minnesota, at least 14 schools were targeted with fake active shooter reports, reports Minneapolis Fox affiliate KMSP-TV. Authorities investigating the call said Thursday that all the calls came from a single IP address and believe one person is behind them, the station reports.

“While this was a hoax, and that’s how it’s reported, and here we are on another day, the trauma that was felt by those teachers and those students is so viscerally real,” Minnesota Governor Tim Walz, a former educator, said during a press conference Thursday, according to Minnesota Public Radio.

Walz described how his 15-year-old son received real-time videos from friends hiding in closets at Mankato West High School, the school where the governor used to teach.

Schools in North Carolina and Colorado have also seen recent spates of swatting incidents, according to local media outlets.

A count by local Fox affiliates found more than 30 swatting incidents took place at schools nationwide between September 14 and September 21, according to KMSP-TV.

Jay Farlow, spokesman for the National Association of School Resource Officers, told Newsweek in an email that the group didn’t have comprehensive numbers on false reports at schools.

Farlow said that since a hoax incident on September 13 in Houston, news reports show there have been similar incidents in over a dozen states and the District of Columbia.

Chaos erupted outside a San Antonio school Tuesday after a false active shooter report. The city is near Uvalde, the location where one of the worst school shootings in U.S. history took place in late May, and where police have been criticized for their overly cautious approach to the incident as it unfolded.

As San Antonio’s Jefferson High School went into lockdown, parents clashed with police trying to force their way in, reports the San Antonio Express-News. One man cut his arm trying to break a window to enter the school.

“I definitely got over here quick. I left work and came quick,” Pete Vela, a parent to a 15-year-old boy, told the paper. “Ultimately if there was somebody in there, then I don’t blame the parents for wanting to get in, especially after what happened in Uvalde.”

But she told the news outlet that repeated lockdowns can diminish school staff and students’ readiness for a real threat, while also disrupting learning.

“You have a lot of rapid response, anxiety and messages going out, people scrambling to find their kids,” Klinger said. “It’s happening much more than we think, and it’s having a much bigger impact.”

Palestinians mourn boy, 7, who died from ‘fear’ of Israeli forces

Black PA Slams ‘Dahmer’ Production Experience: ‘One of the Worst Shows I’ve Ever Worked On’