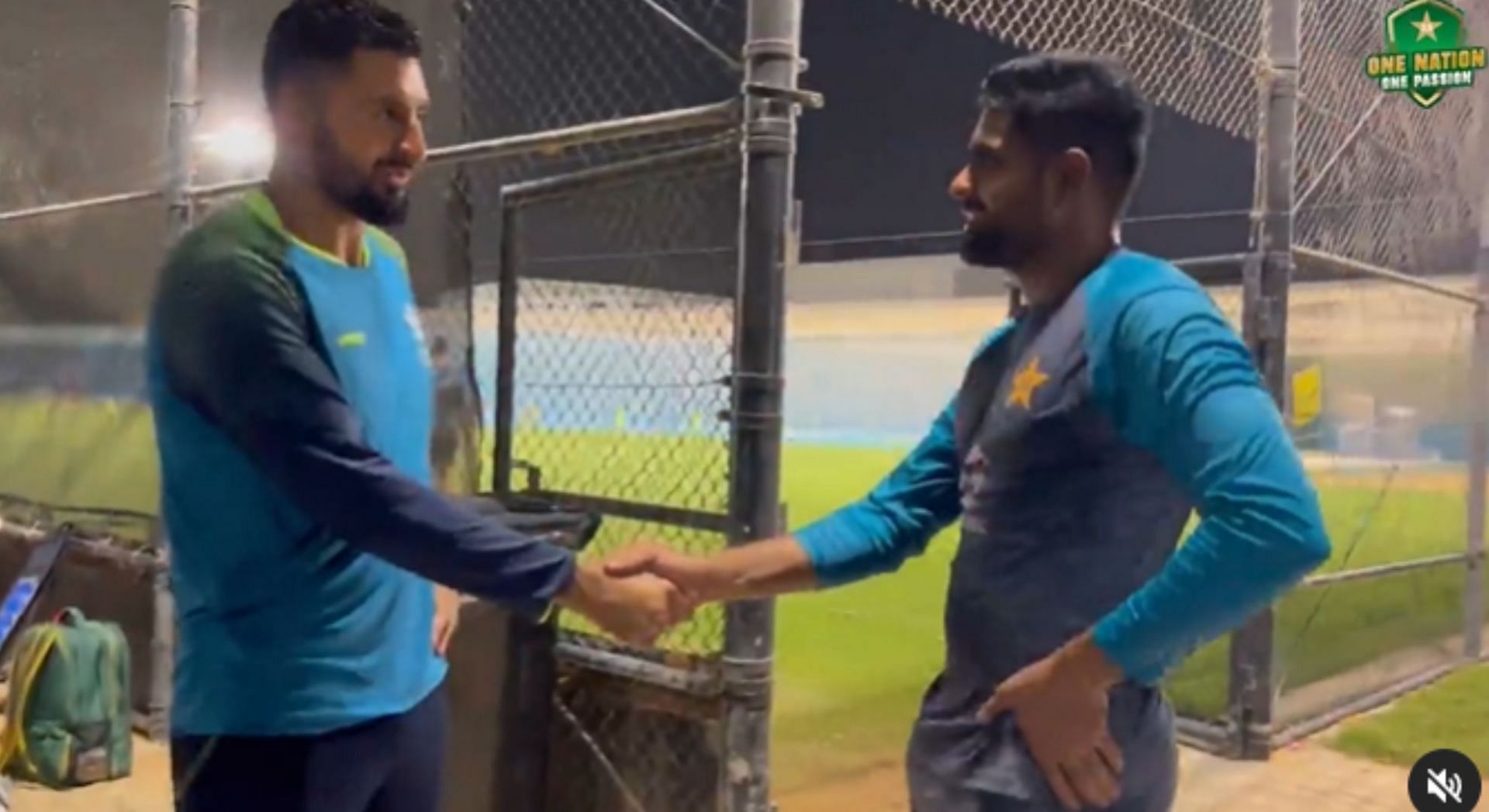 Hong Kong captain Nizakat Khan met his Pakistan counterpart, Babar Azam, ahead of the upcoming match between the two teams at the Sharjah Cricket Stadium on September 2 (Friday). The duo got candid in a video shared by the Pakistan Cricket Board (PCB).

In a video uploaded on Instagram, Nizakat could be heard asking for tips from World No.1 T20I batter [“Koi tip hame bhi do”] and Babar didn’t disappoint.

The two teams will face each other for the first time in T20Is. Babar Azam and Co. will look to put on a show against Hong Kong in the do-or-die contest and proceed to the Super 4 stage of the Asia Cup after Pakistan lost the nail-biter against arch-rivals India.

The Hong Kong players impressed everyone with their batting performance against India on Wednesday (August 31). Babar Hayat top-scored with 41 runs, while Kinchit Shah and Zeeshan Ali contributed 30 and an unbeaten 26, respectively.

While the underdogs were decent with the bat, their death bowling unit failed to deliver against world-class batters like Suryakumar Yadav and Virat Kohli. The Hong Kong bowlers leaked 98 runs in the last seven overs against India.

Nizakat Khan admitted that they needed to improve their death bowling.

“The way we started with the ball, until 13th over we were amazing. Our fielding was amazing as well. But we slipped after that. The way Suryakumar batted, it was good to watch. It (Asia Cup) was a good opportunity for all the boys.”

“We were away for a long time, credit goes to boys and I am really proud of them. We are gonna sit down tomorrow, we’ll have a look at our death bowling. We will improve.”

The winner of PAK vs HK will play against India on Sunday (September 4).

Q. Do you know Pakistan will play do-or-die match against Hong Kong in Asia Cup?

“Just made him look like an idiot,” – Kurt Angle believes that two former WWE World Champions would have had “5-star” matches

“Just made him look like an idiot,” – Kurt Angle believes that two former WWE World Champions would have had “5-star” matches