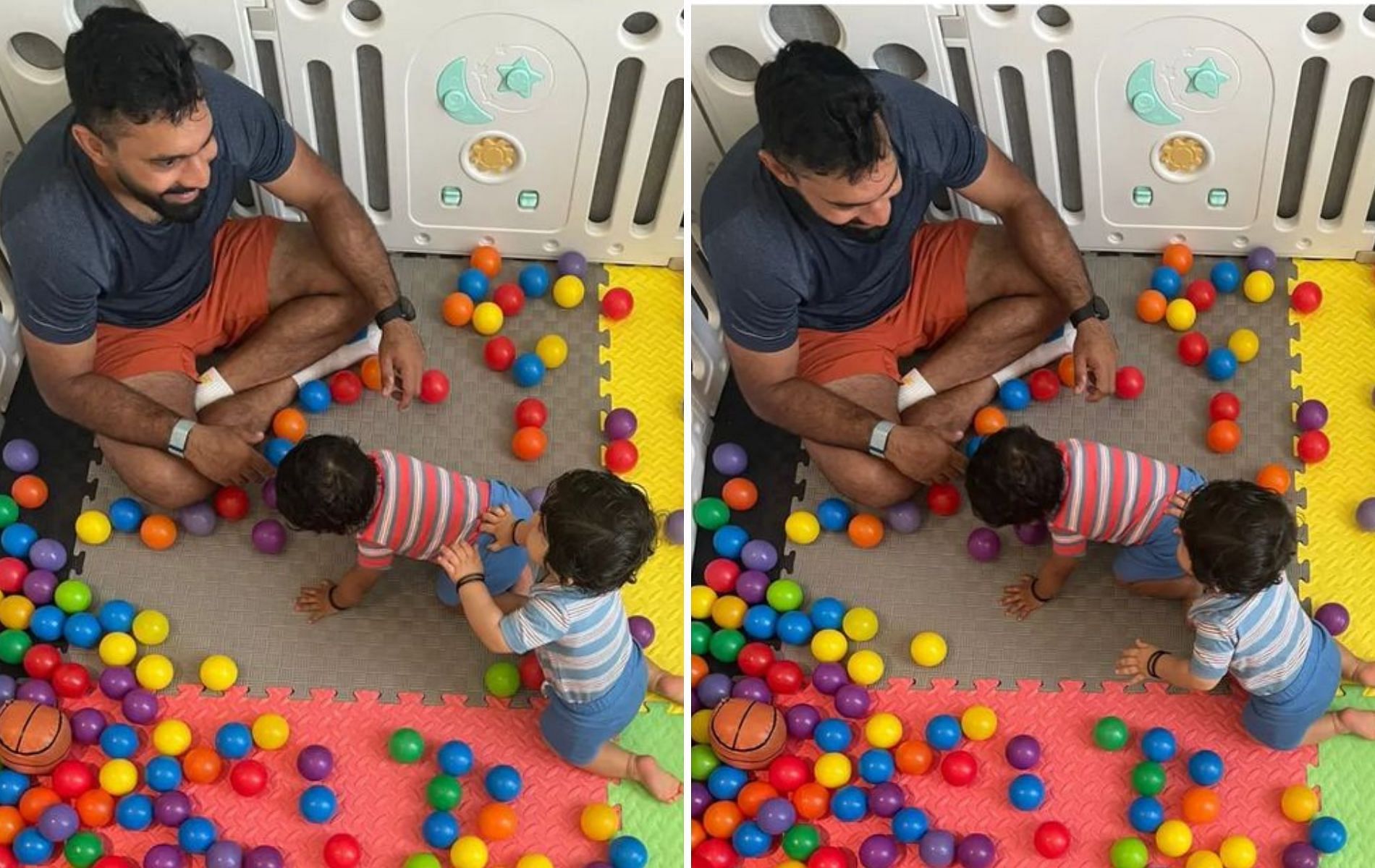 Team India’s senior wicketkeeper-batter Dinesh Karthik is making the most of the break ahead of the Asia Cup 2022 Super 4 stage by spending quality time with his twin boys, Kabir and Zian.

Karthik shared a couple of pictures on his Instagram account on Friday (September 2), in which he was spotted playing with his little ones. The 37-year-old called his kids the colors of his life in his post:

“Colours of my life ❤️,” he captioned the post.

Dinesh Karthik and his wife Dipika Pallikal became proud parents to twin baby boys in October last year. The cricketer had shared a social media post announcing the birth of his children.

and we could not be happier

And just like that 3 became 5 🤍Dipika and I have been blessed with two beautiful baby boys 👶 Kabir Pallikal Karthik Zian Pallikal Karthikand we could not be happier ❤️ https://t.co/Rc2XqHvPzU

Meanwhile, following their back-to-back wins over Pakistan and Hong Kong, Team India have joined Afghanistan in the Super 4 stage of the ongoing continental event.

Team India will next be seen in action on Sunday

The Indian side are placed in Group A of the Asia Cup 2022 alongside Pakistan and Hong Kong. The Men in Blue first beat Pakistan by five wickets and then Hong Kong by 40 runs to secure a Super 4 berth.

They are now set to feature in the second Super 4 match on Sunday (September 4) at the Dubai International Stadium.

The winner of Friday’s Group A fixture between Pakistan and Hong Kong will battle it out against India on Sunday. In Group B, Sri Lanka and Afghanistan will square off in a Super 4 match on Saturday (September 3).

Dinesh Karthik was a part of India’s playing XI for their games against Pakistan and Hong Kong. However, the seasoned campaigner didn’t have much to do with the bat in both games.

While he faced just one ball in the game against Pakistan, he didn’t get a chance to bat against Hong Kong as India lost just two wickets.