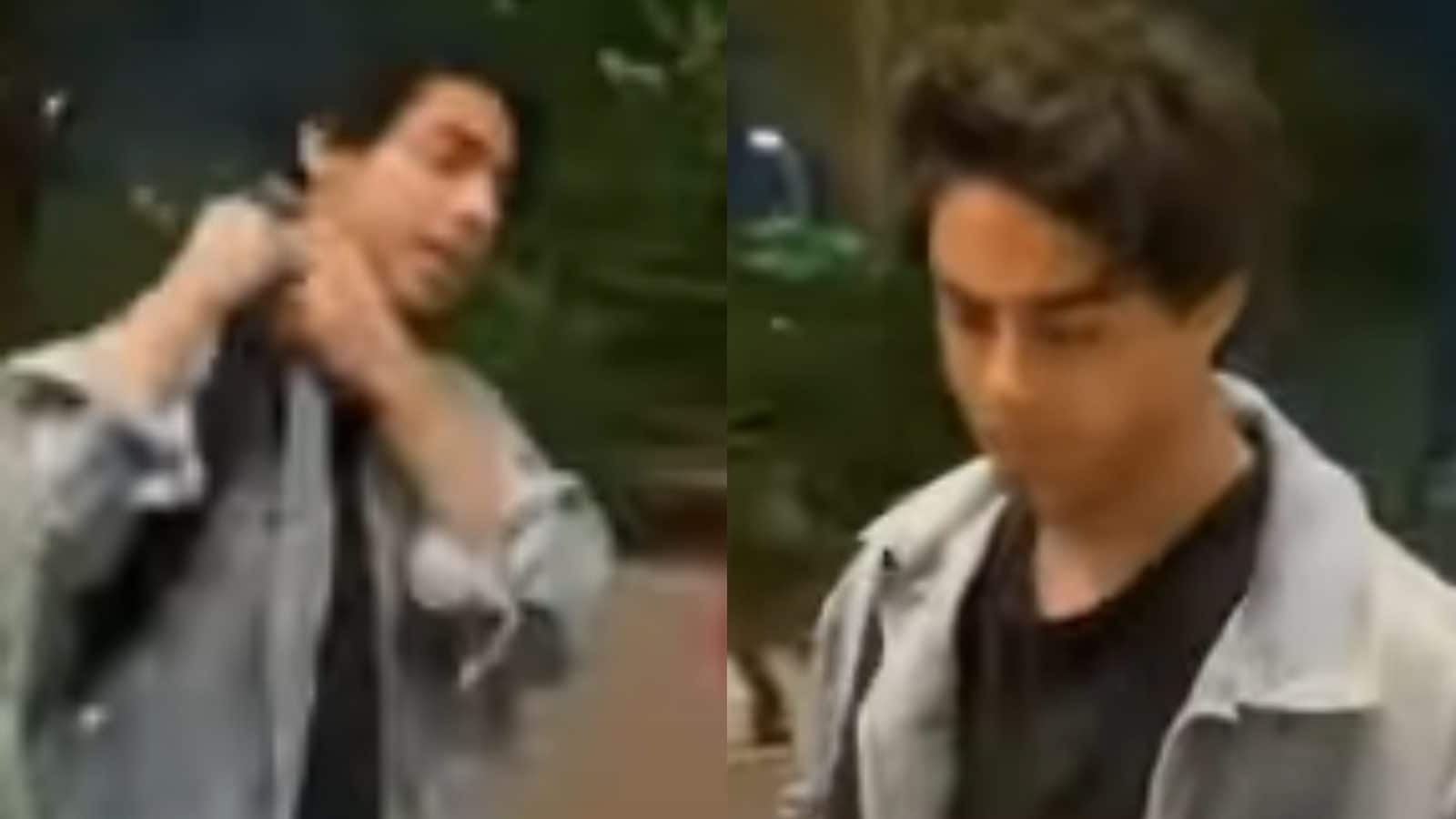 Aryan Khan was seen late last night at the Mumbai airport. The eldest son of superstar Shah Rukh Khan and Gauri wore a black tee and paired it with a denim jacket, brown pants and white shoes. He has reportedly jetted off to Paris. He made his way to the entrance as shutterbugs tried to capture him in their cameras. One thing was for sure, he looked handsome as he made his way. Check out the video here:

Fans dropped their heart emojis on the comments section after getting a rare glimpse of the starlet. Netizens pointed out at how handsome he is. One user wrote, “Handsome boy,” while another commented, “Cuter than his dad.” One comment also read, “He is Handsome like his Father.” His resemblance with his father was unmissable and one user pointed out, “Same to same Shahrukh Khan ke tarah hai.” Another noted that, “Finally he’s traveling out of India.”

Aryan has, of late, been active on social media. He took everyone by surprise when he dropped a few priceless photos with his siblings- Suhana Khan and AbRam. Shah Rukh Khan had the cutest reaction to the pictures. Taking to the comments section, he asked, “Why I don’t have these pictures!!!!!! Give them to me NOW!” Aryan gave him a cheeky reply, leaving the internet in splits. “I’ll send them to you the next time I post…. so probably in a few years haha,” he wrote. Meanwhile, Suhana teased Aryan for cropping her out of the frame in the second picture. “Thanks for the crop,” she wrote before adding, “Love u.”

Recently, Aryan Khan and Katrina Kaif’s sister Isabelle Kaif’s pictures from a recent party surfaced online. Aryan and Isabelle were seen attending a common friend, Shruti Chauhan’s birthday bash with a few other friends. It is also being reported that he is currently working on an OTT project, which will be a satire on the Tinseltown. He would reportedly be a showrunner, if not the director.