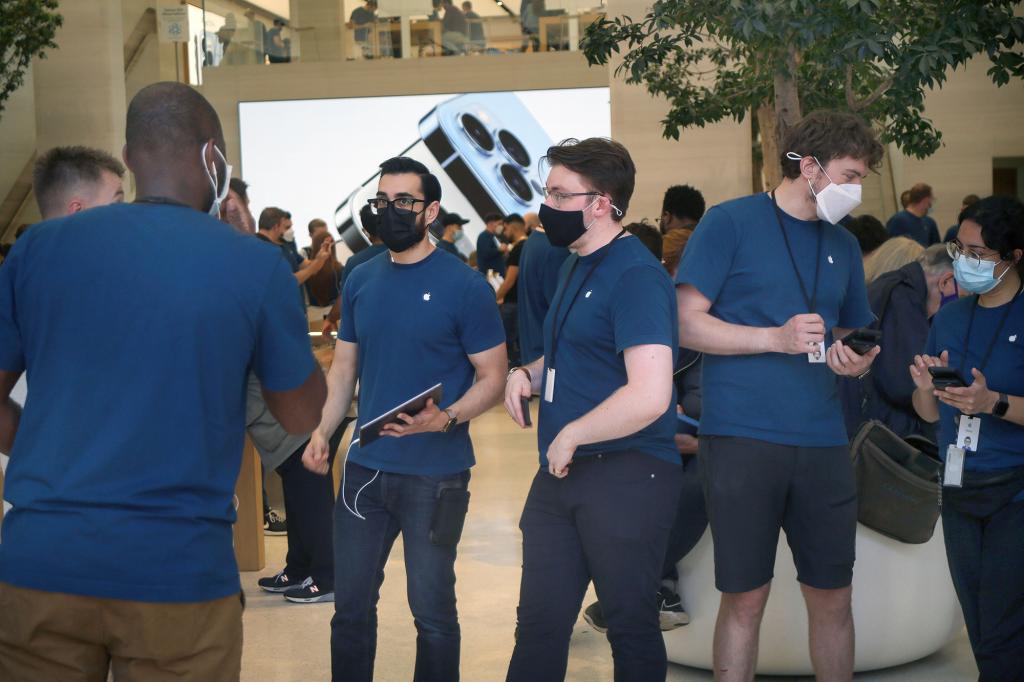 Employees of an Apple Store in Oklahoma City have filed for a union election, adding to a growing wave of labor organizing efforts among retail workers at the world’s most valuable company.

About 70% of employees at Apple’s Penn Square Mall store have signed union cards and are seeking representation from the Communications Workers of America, according to the organizers. At least 30% is needed to call an election.

“This is a really great time to bring back the labor movement,” Apple Oklahoma City employee Michael Forsythe told Bloomberg, which first reported the news. “There are changes that I do know need to happen.”

The news comes amid a growing unionization push at Apple Stores across the country, with some labor organizers using Android devices to dodge potential snooping from bosses at the $2.5 trillion company.

In June, employees of an Apple Store in Towson, Md., became the first-ever Apple Store to vote to unionize and are now working to negotiate a contract.

Employees at Apple’s Grand Central Terminal and Albany stores in New York state are also pushing to form unions, though elections have not been scheduled at either location.

Another Apple Store in Atlanta was set to hold a union vote in June, but the Communications Workers of America called it off, arguing the election would be unfair due to Apple’s “repeated violations of the National Labor Relations Act.”

Apple did not immediately respond to a request for comment.

The company’s retail workers have a slate of demands including higher pay with cost-of-living adjustments, better career advancement opportunities and greater employee safety protections, including around the coronavirus, according to the Oklahoma union’s website.

Apple has sought to discourage workers from unionizing.

The iPhone maker’s vice president of people and retail, Deirdre O’Brien, shared anti-union talking points in an internal video this summer, according to the Verge.

“I worry about what it would mean to put another organization in the middle of our relationship,” O’Brien reportedly said. “An organization that does not have a deep understanding of Apple or our business. And most importantly one that I do not believe shares our commitment to you.”