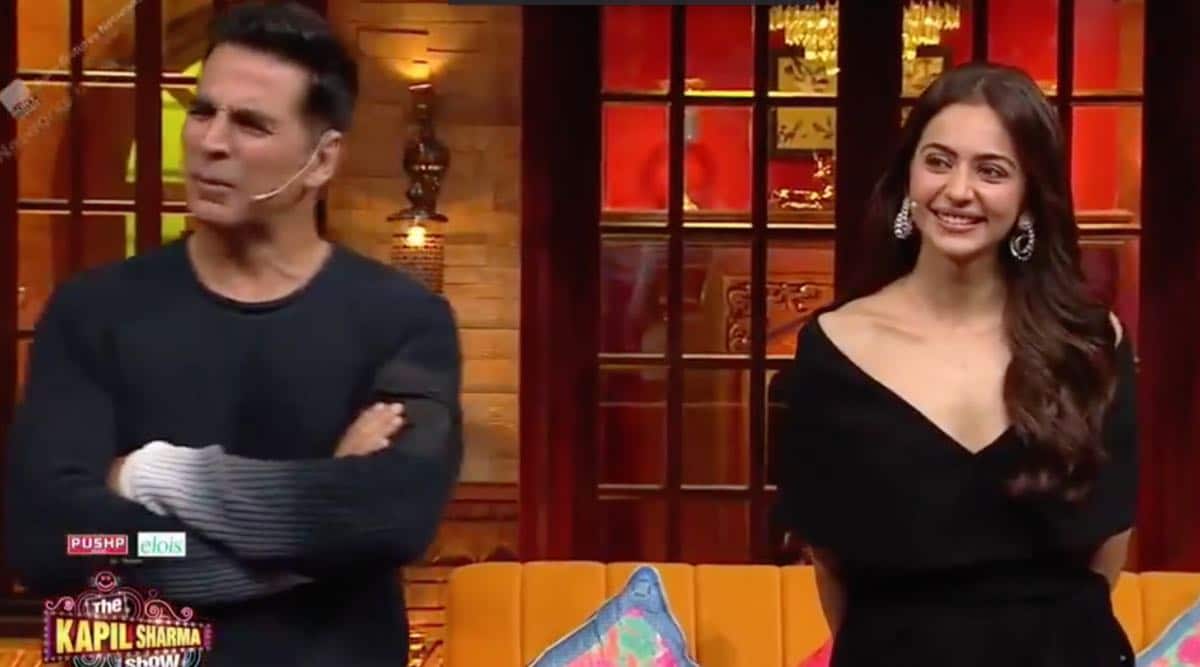 Comedian Kapil Sharma has returned with Season 3 of his popular show, The Kapil Sharma Show, which will go on the air from September 10. In a new promo video, an annoyed Akshay Kumar blamed Kapil Sharma for jinxing his luck, and causing his films to bomb at the box office. Akshay Kumar will appear on the show with his Cuttputlli co-star Rakul Preet Singh for the promotions of their film.

In the promo, Kapil welcomed Akshay and Rakul on stage. He then asked Akshay, “Paji, har birthday pe aap ek saal chhote kaise ho jaate ho (Brother, how do you manage to look younger on every birthday)?” Akshay answered, “Ye aadmi itni nazar lagata hai sab cheezo pe… meri filmo pe, paiso pe nazar daal di…ab filmein nahi chal rahi koi (this man jinxes everything I do, my films, my money…now none of my films are working).” Kapil started laughing along with everyone else.

Cuttputlli is Akshay’s fourth film of the year after a string of flops. It was released on Disney+ Hotstar on September 2 to negative reviews. Akshay’s previous film, Raksha Bandhan, tanked at the box office and could only earn a lifetime collection of around Rs 44 crore. His historical drama Samrat Prithviraj did not perform well either, and earned only around Rs 68 crore. Akshay’s first film of the year, Bachchhan Paandey failed as well, and earned around Rs 50 crore.

The new promo also teases several other celebrity appearances this season, including Huma Qureshi and PV Sindhu. Kapil was on hiatus to shoot for Nandita Das’s film, Zwigato, and to go on a tour of live performances in North America.