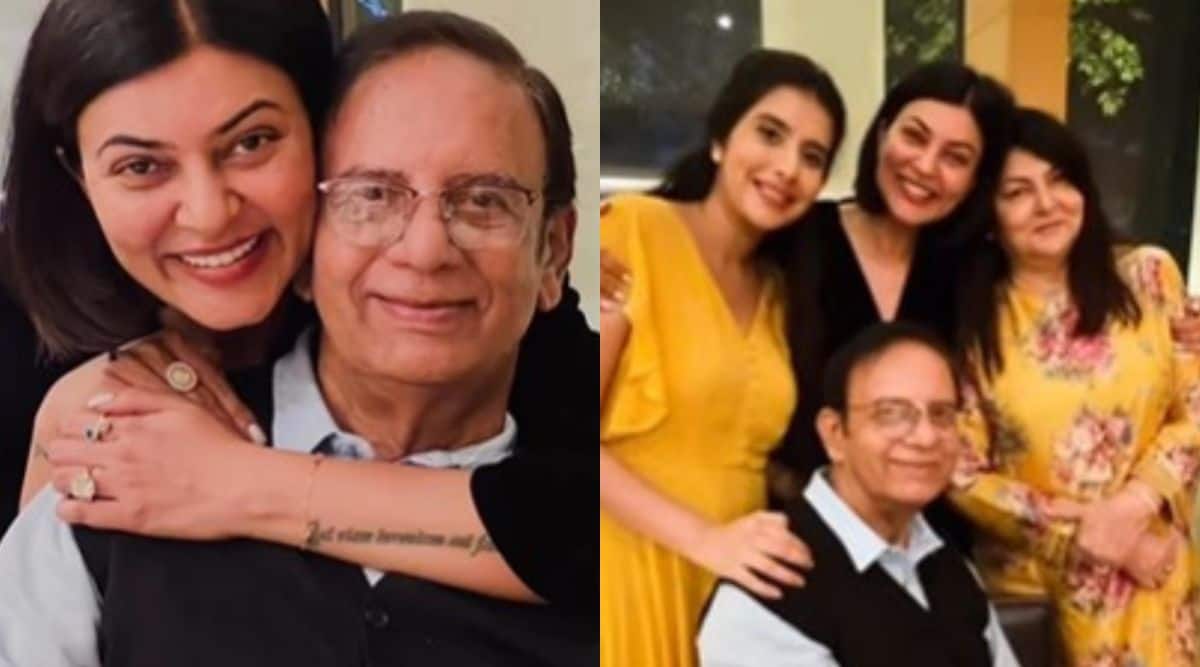 After Sushmita Sen’s brother Rajeev Sen and wife Charu Asopa recently called off their divorce, the actor has dropped a ‘magical’ family video on her Instagram handle. The video features some adorable clicks of Charu-Rajeev and also features the rest of the family including Sushmita’s mother, father and her daughters.

The reel shows Charu chilling with her mother-in-law and also gives glimpses of Rajeev-Charu’s daughter Ziana. Sharing the video, Sushmita wrote, “What a magical album your phone created @asopacharu.I love how even technology celebrates Family!!! To #Family  Thank you for being mine…I love you guys!!!”

Announcing the news of their patch-up, Charu posted a picture along with Rajeev and daughter Ziana from their Ganesh Chaturthi celebrations. In the caption, she explained their decision and said, “Marriages are made in heaven but it is left to us to make it work. Yes we went ahead and announced that we are ending our marriage and we realised that we had reached the dead end and nothing beyond. Divorce was an option we were considering and we wont deny that. Happy to announce that we have decided to keep our Marriage for good.” Sushmita was the happiest and she commented, ““I am soooooo happy for all 3 of you!!! Dugga Dugga Shona!!!”

The couple has had their share of differences over the years. They had spoken about their acrimonious relationship during the Covid lockdown and then again a few weeks before. Charu had claimed that she is separating from Rajeev for the sake of their daughter Ziana.

As for Sushmita, the actor was recently making headlines for her alleged relationship with former IPL chairman Lalit Modi. On the work front, according to reports the actor will be doing a biopic whose rights have been acquired by Mansi Bagla of Mini Films and photographer Subi Samuel’s Bungalow No 84.