After Honest Trailer, SS Rajamouli’s RRR gets Pitch Meeting treatment: ‘What kind of bromance is this?’ 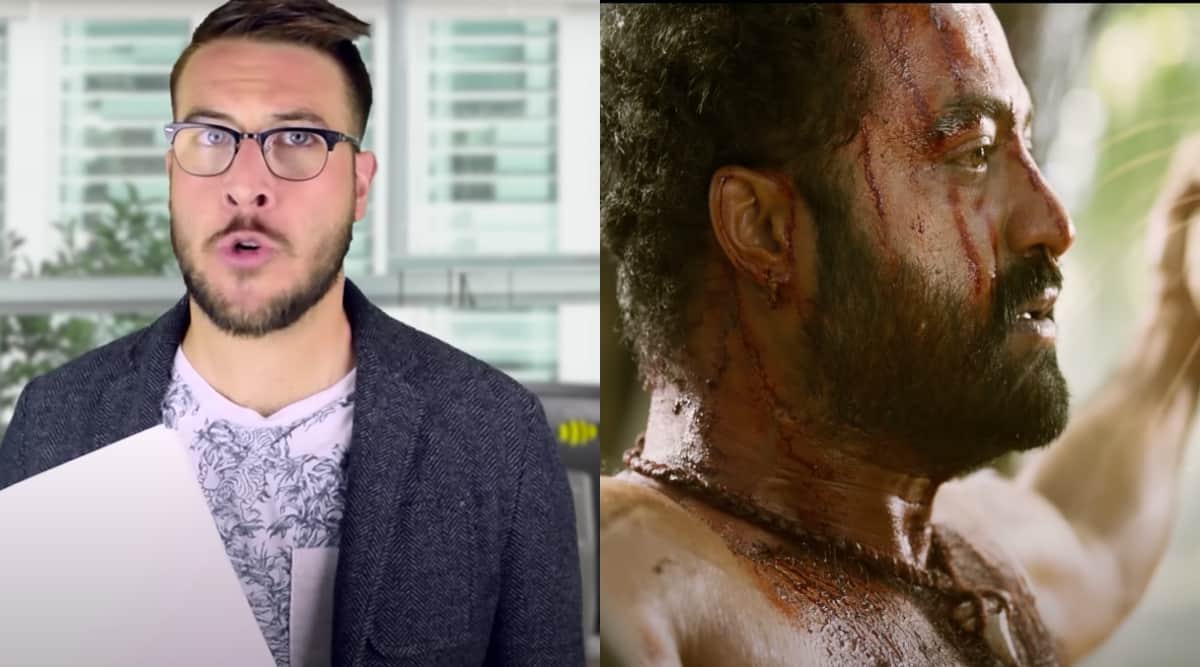 Director SS Rajamouli’s historical epic RRR is a global phenomenon. After getting the Honest Trailer treatment, the film, starring Jr NTR and Ram Charan, was featured on Pitch Meeting — a humorous video series made by popular YouTuber Ryan George. For the unversed, the videos feature George playing a dual role of a producer and a screenwriter, both of whom go back-and-forth about the many cliches and tropes of Hollywood films. This is the first time that an Indian film has been featured on the series.

In the new Pitch Meeting video, Ryan George takes pot-shots at the film’s incredible action sequences but admits that one shouldn’t let logic get in the way of one’s enjoyment.  He begins by explaining the full form of RRR and then proceeds to explain the disclaimer, which says that no animals were injured during the making of the film. The producer asks, “What the hell is this movie that you need to put that as a disclaimer?”

The screenwriter explains, “It’s a bromance.” After the producer gets even more bewildered, the screenwriter continues to elaborate that none of the animals in the film are real, but knowing that they exist in the film makes you want to find out more. The producer asks, “What kind of bromance is this?”

The screenwriter continues to tell the story of RRR and talks about NTR Jr’s character Bheem, who outruns a tiger. “That doesn’t seem possible,” says the producer, and later has the same reaction to the screenwriter’s description of  Ram Charan’s introductory scene. The screenwriter counters, “You know physics? I don’t, neither do I care to learn.” Nevertheless, the video also seems to praise the film and mentions how engrossing it is, owing to all the jaw-dropping action sequences.

After breaking box office records in India, RRR emerged as the second-biggest film domestically and was praised by several Hollywood directors including James Gunn and Scott Derrickson after being rediscovered by American audiences on Netflix. The film crossed Rs 1000 crore at the global box office.

On Vijay’s 30 Years in Cinema, 30 Newborns Get Gold Rings From Vijay Makkal Iyakkam

Crypto Exchange Bybit To Slash 30% Of Its Headcount