Adina Verson on ‘Only Murders in the Building’: ‘Poppy understands how to manipulate hierarchy’ 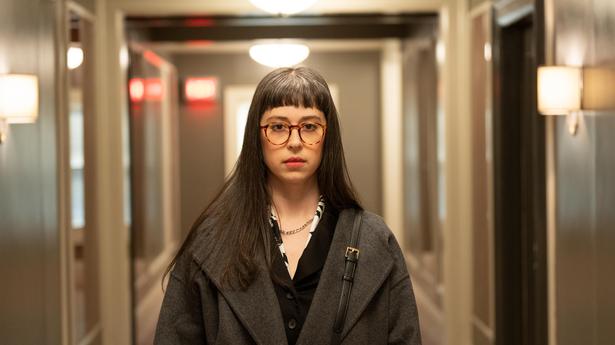 The actor has a different take on playing Poppy White/Becky Butler, Cinda Canning’s harassed and abused assistant, in the popular comedy-mystery series

The actor has a different take on playing Poppy White/Becky Butler, Cinda Canning’s harassed and abused assistant, in the popular comedy-mystery series

Adina Verson originally auditioned for Cinda Canning’s role in the popular whodunit–comedy, Only Murders in the Building. “It was obviously written for Tina Fey,” Adina said over a call from New York. Canning is the host of a true crime podcast, that inspires Charles-Haden Savage (Steve Martin), Oliver Putnam (Martin Short) and Mabel Mora (Selena Gomez) to start one of their own when a murder takes place in their swanky Upper West Side apartment building, Arconia.

It was during COVID-19, Adina says, and the makers were not sure if Fey was going to be available for the project. “They decided to have some other people audition just in case, including me. Tina Fey ended being able to do the role but the makers liked me and so they wrote the role of Poppy for me.”

Poppy is Cinda’s harassed and abused assistant, whose ideas Cinda steals without so much as a by-your-leave. Adina, however, describes her as being smart. “She is ambitious and clever. She understands hierarchy and how to manipulate it.”

Adina Verson in a still from ‘Only Murders in the Building’
| Photo Credit: Patrick Harbron

A fan of serial podcasts, Adina says she is not so into them anymore. “There is only so much detail about murder I can listen to (laughs). Currently, I am listening to a podcast about Siegfried & Roy, the performers who worked with lions and tigers. Roy was attacked by one of the tigers, Mantacore, in October 2003. This is an investigative podcast about that event and is fascinating.

Apart from Mabel’s never-ending supply of absolutely divine coats, head costume designer, Dana Covarrubias, has worked on distinct looks for others in the show. “She is brilliant with Poppy. Though, it is clear that Poppy was trying to dress like Cinda, the brands the costume department bought were cheaper brands than maybe what Cinda could afford.”

In the last episode, Adina says, where we see Becky slowly turn into Poppy, and start her relationship with Cinda, the subtext hints at Cinda getting some of her style cues from Poppy. “Cinda might have stolen some of that look from her. That was an interesting take on the relationship as well.”

After the Becky reveal, Adina says it was fascinating to see how different Becky and Poppy look. “It was so interesting to think about the choices that she must have made with the hair and the glasses to embody this New York persona that she was after.” Adina Verson in a still from ‘Only Murders in the Building’
| Photo Credit: Patrick Harbron

The last episode, ‘I know who did it,’ with the killer reveal party, was fun to shoot, Adina says. “It was the first time I was on set with a lot of the other actors. Poppy is usually just with Cinda or a couple of other people.”

The scene was shot over four days, the actor-producer says. “A lot of us come from the New York theatre community and know each other from the theatre world. It was so much fun to hang out and watch everybody do these ridiculous things. I was with these comic geniuses and it was an incredibly fun four days. I definitely will be telling my grandkids about it (laughs).

Only Murders in the Building is presently streaming on Disney+ Hotstar