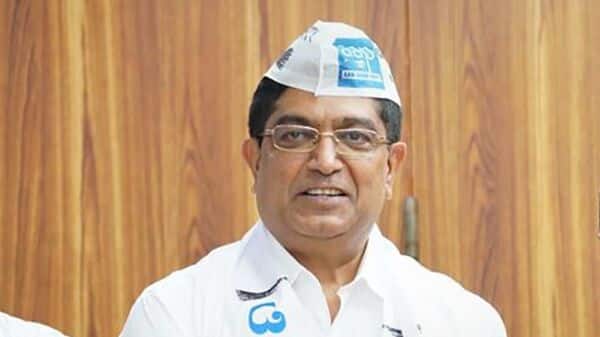 The Aam Aadmi Party (AAP) has established a strong foothold in Delhi and Punjab and is garnering decent support in the adjacent states. AAP is now aiming to expand its presence across the country and in that respect the party is looking forward to do well in the polls to Bruhat Bengaluru Mahanagara Palike (BBMP) expected later this year.

AAP’s Karnataka unit state Vice President Bhaskar Rao said that on the electoral front, the party’s immediate aim is to do well in the polls to the city’s civic body.

The party has started a programme called ‘Gram Sampark Abhiyaan’, which aims to expand the network of the organisation from the grassroots. AAP’s target is to enroll 10,000 members in each of the city’s 243 wards, Rao told PTI.

Rao who has once served as Bengaluru’s Police Commissioner said that the party has also put in place 10 frontal organisations, including wings of women, youth, OBC, SC/ST, traders, farmers and professionals.

“We are on a membership drive, enrolling as many people as possible showing the good work that we have done in Delhi,” he added.

Dilip Pandey, Chief Whip of the Delhi government and party election in-charge of Karnataka, is visiting Bengaluru this week. Pandey is slated to inaugurate AAP’s media centre at the party’s Karnataka head office on Tuesday.

Rao acknowledged the challenges posed by other political parties in the growth of AAP in Karnataka. He said, “We have a huge challenge because both the BJP and Congress are strong, and JD(S) is also a force to reckon with.”

Speaking on the issue of campaigning and party presence, Rao went on to say, “Our biggest challenge is going to be investment in visibility and that’s going to be a huge expenditure”. At the same time, the retired IPS officer hastened to add: “We will definitely make an impact. All the three parties have woken up and taken note of us”.

Rao also took a subtle jibe on political tactics of established parties by adding that the party does not want to bring in people from other parties who have lost elections, and politicians with bad reputation.

He said, “We don’t mind losing elections in a place but we want to put up a good candidate. We are a new party and we have got to go a long way. As long as we are in the right direction, even if we are going slowly, it’s fine.”