90 Day: The Single Life’s Veronica Has A New Man In Her Life, And It Might Be Another 90 Day Fiancé Star 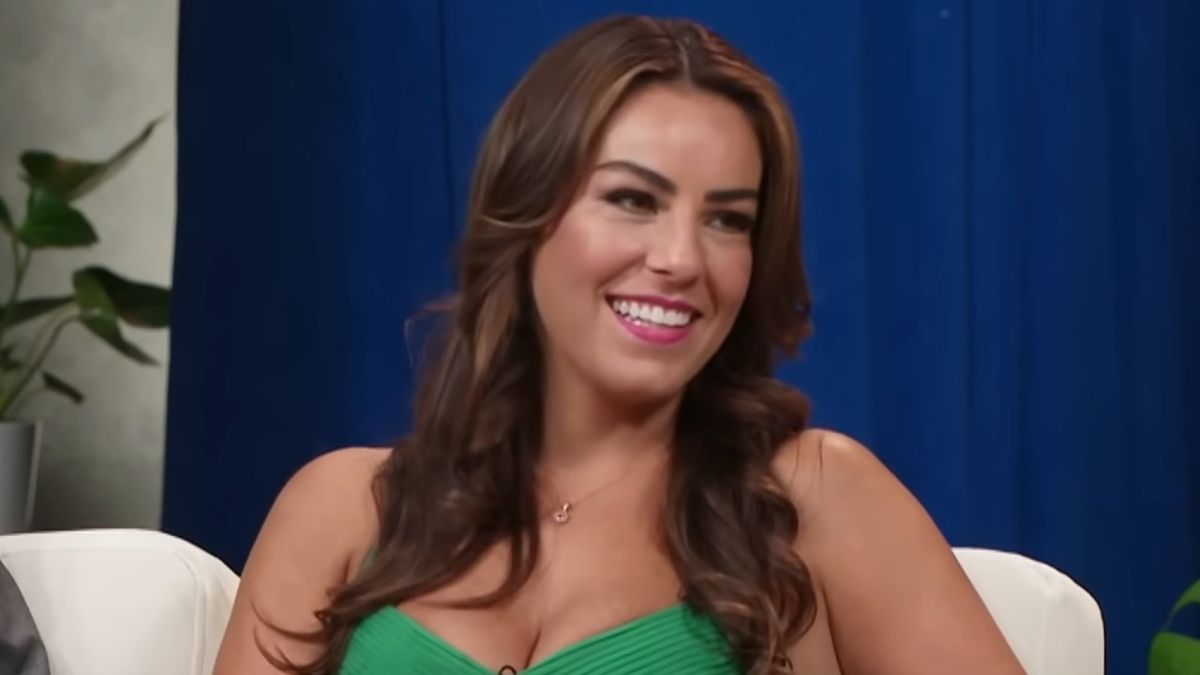 Warning! The following contains spoilers for the 90 Day: The Single Life Season 3 Tell-All Part 2. Read at your own risk!

90 Day: The Single Life’s Season 3 tell-all special was so loaded with updates we apparently needed three parts to get everything covered. A preview for Part 3 revealed that Natalie Mordovtseva will finally have to talk to both Mike Youngquist and Josh Weinstein at the same time, and mentioned a new romance for Veronica Rodriguez. Shaun Robinson didn’t reveal the identity of this mystery man in the preview, but it’s looking like this may be another 90 Day Fiancé cast member who fans will know.

Veronica has a new man, and weirdly enough, it’s looking like it’s someone who dedicated fans saw as recently as the previous episode of 90 Day Fiancé: Happily Ever After?. The news comes from frequent 90 Day Fiancé insider John Yates, who revealed on Twitter that Kimberly Menzies’ son Jamal is dating Tim Malcolm’s ex:

Ok I worded this the wrong way. Kim’s son Jamal is in fact the new man in Veronica’s life. I’ve always called Kim “NOT Superfan Kim” and the not is throwing people off and I’ll take the bullet on that one. You will see Jamal on part 2 of The Single Life reunion. #90DayFiance https://t.co/fznmCJ95ILDecember 1, 2022

It’s not often that 90 Day Fiancé stars from different seasons and storylines get together, so it may come as a surprise to many that Veronica is dating Jamal. After all, there wasn’t much prior evidence that these two even had any connection outside of being in the same franchise. We just saw Jamal in Nigeria trying to figure out if his mother Kimberly was making the right choice by getting involved with Usman Umar, and now he’s allegedly also getting wrapped up in the TLC series?

While dating within the franchise is a rarity, it’s fairly common for the family members of 90 Day Fiancé cast members to join the series. Debbie Johnson recently became a standalone subject after years of being the second banana to all of her son Colt Johnson’s relationship drama. Dean Hashim also was featured in the series after his brother Tarik Myers appeared.

Provided this news is true, I’m very eager to see how Veronica and Jamal work out as a couple. Veronica was interested in stability and was clearly looking for someone she could rely on as much as she’s leaned on her ex and current best friend Tim for all these years. We haven’t really seen Jamal operate in a relationship or if he’ll be a good match, but I’m sure this will make them excellent subjects for 90 Day: The Single Life or any of the spinoffs to visit in the future.

Granted, we don’t know for sure Jamal is who 90 Day: The Single Life is teasing, but it would be weird if it was just some random person who fans have never seen before. I can’t imagine TLC would hype this up for it to be just some random dude, so I’m eager to see if this rumor pans out.

90 Day: The Single Life airs on TLC on Mondays at 8:00 p.m. ET. HBO Max and Discovery+ reportedly just settled on a new name for the combined platform, so hopefully, HBO Max subscribers won’t need to wait long to get their 90 Day fix on streaming.