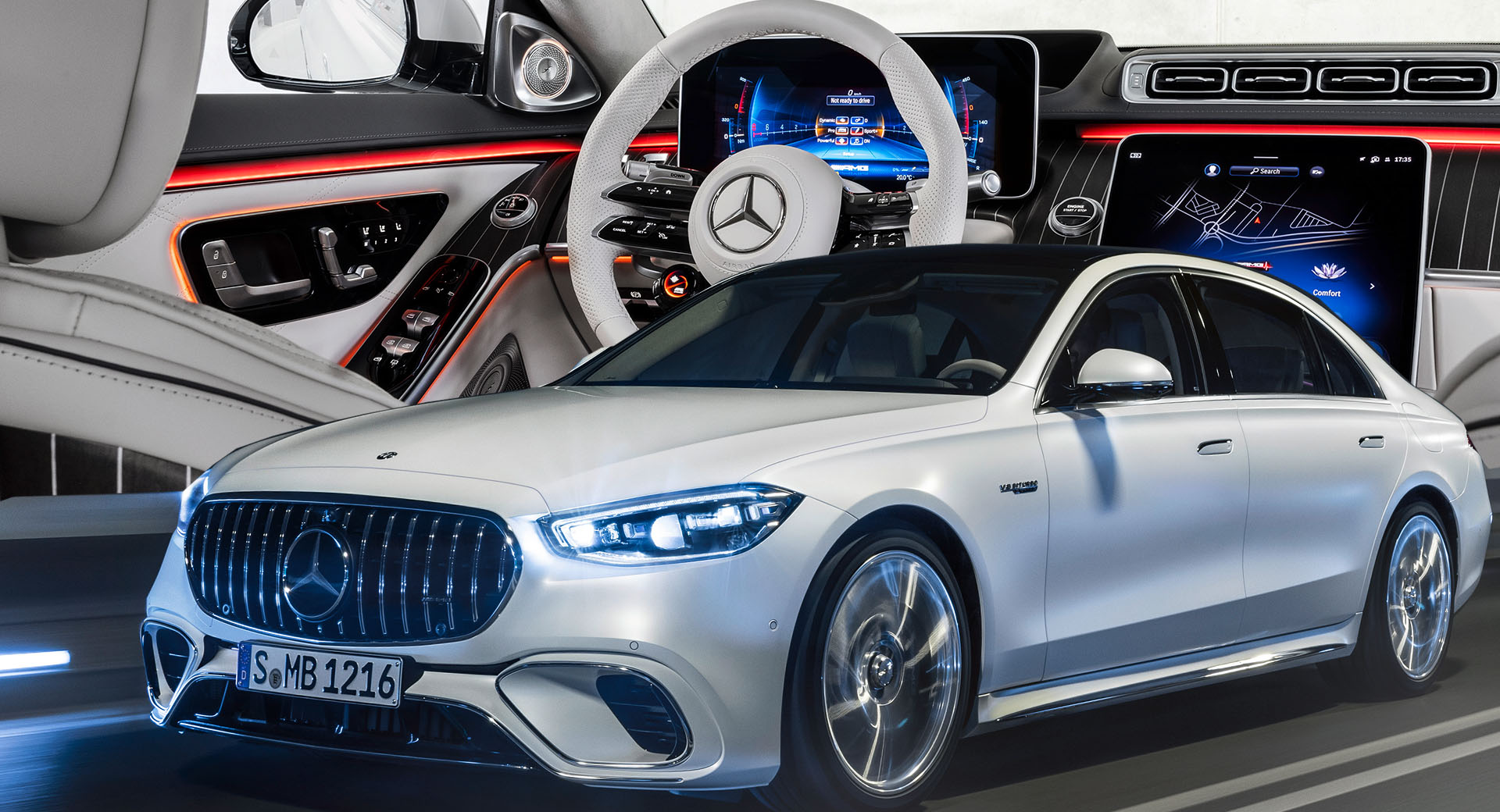 The closest a Mercedes S-Class normally gets to Formula One is chauffeuring drivers to the track, but Mercedes-AMG says F1 tech tricks help make the 2023 S63 E Performance the most powerful S-Class ever.

While the latest AMG C63 S downsized from a 4.0-litre V8 to a hybrid-equipped four-cylinder engine, its S63 big brother sticks to its 4.0-liter guns, and adds hybrid power on top in the form of an electric motor on the rear axle.

The battery mounted above that axle is small at 13.1 kWh, and provides an unimpressive 21-mile (33 km) range, though it could be worse – the C63’s tiny 6.1 kWh battery only allows 8 miles (13 km) of Zero emissions driving. AMG claims the focus wasn’t on range, however, but performance, and the S63 certainly delivers plenty of that.

Air suspension with electromechanical anti-roll bars, adaptive dampers, rear-axle steering, carbon ceramic brakes and even active engine mounts, on the other hand, all come fitted as standard. That’s the kind of kit list you’d expect to find on an AMG sports car, not a luxury sedan, but the guys in Affalterbach are determined that the AMG-ness in the new S63 goes beyond the Panamericana grille, which makes its S-Class sedan debut.

Other AMG-specific visual tweaks include the “jet-wing design” front bumper with its large side intakes, trapezoidal tailpipes set either side of a diffuser, forged alloy wheels measuring up to 21-in in diameter (20s are standard) and a red-accented “S63” badge on the trunk lid.

Still a luxury car at heart 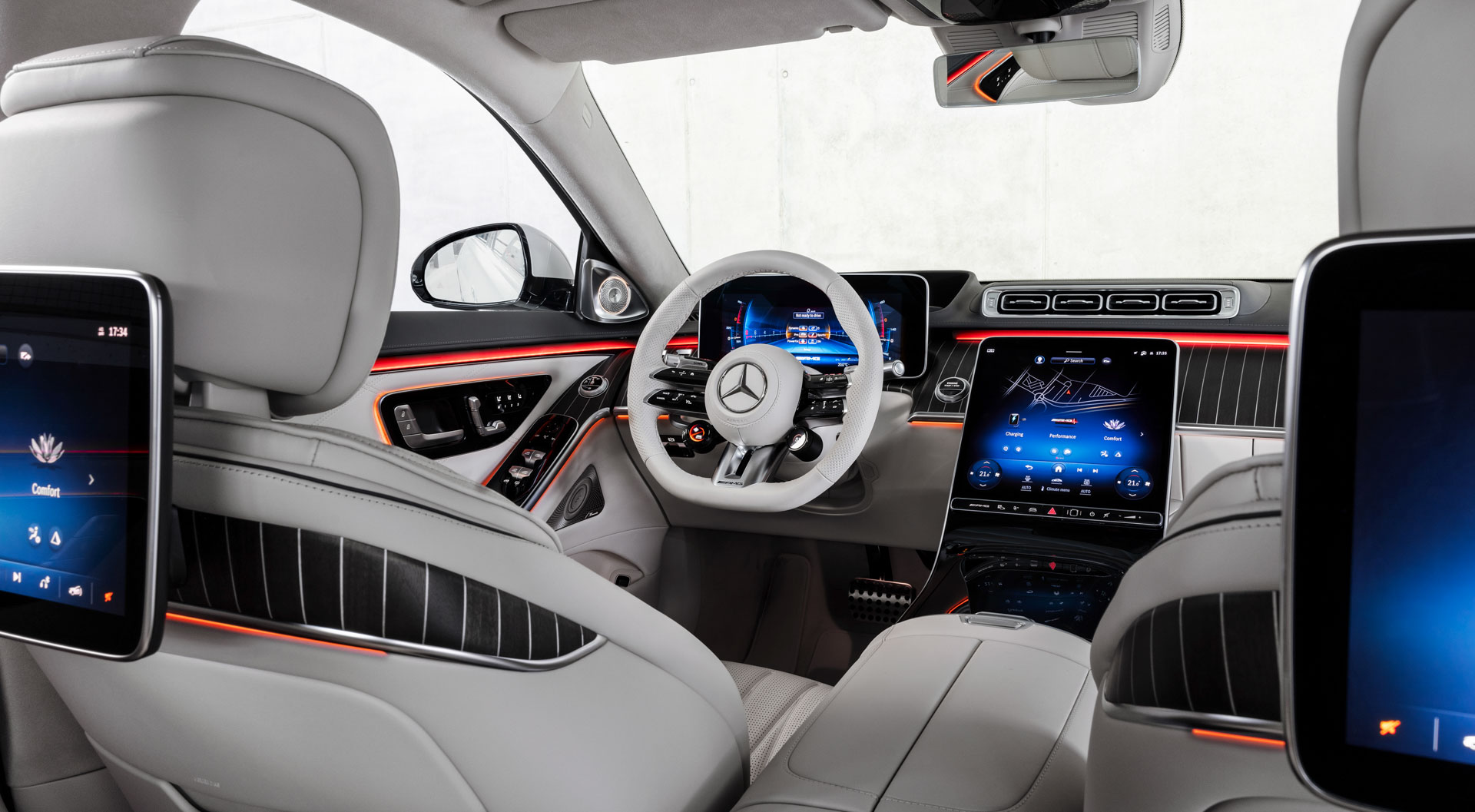 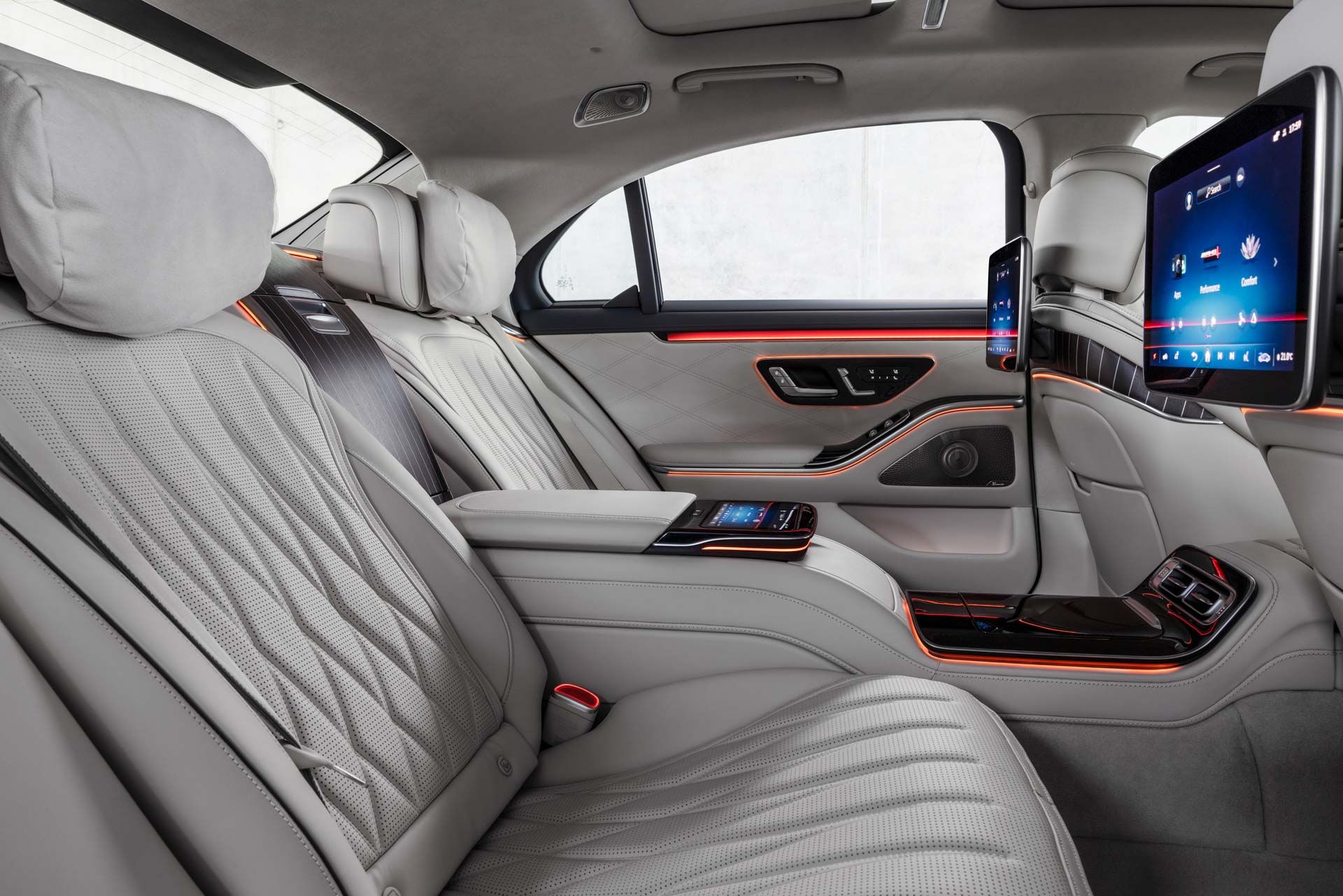 The four-seat interior gets a subtle AMG makeover, too. The S63’s luxury leanings mean carbon buckets are out, but the chairs do get bespoke AMG upholstery and stitching, plus AMG logos on the headrests, and the MBUX infotainment system and digital instrument cluster also feature AMG branding and unique performance-style displays.

There’s also a subtly-different AMG steering wheel with controllers to cycle between the four levels of brake regeneration and seven Dynamic Select driving modes. Those driving modes range from Sport and Sport+ that always keep the V8 in play, to Electric, which keeps it permanently disengaged while replacing the combustion growl with a low-frequency electronic rumble that can be heard both inside and outside the car at low speeds, and inside at higher speeds with flick of a button on the steering wheel.

Beneath the AMG makeveover and performance pretensions the S63 is an S-Class at heart and comes only in comfy long-wheelbase form, and with all of the luxury and safety equipment we’ve come to expect from the legendary limo. So there’s active distance control and steering assistance not just on motorways, but on open country roads without markings, and evasive steering assistance to help you swerve around pedestrians hell-bent on getting mowed down.

Related: Mercedes-AMG ONE Is Now The Fastest Production Car Around The Nürburgring At 6:35.183 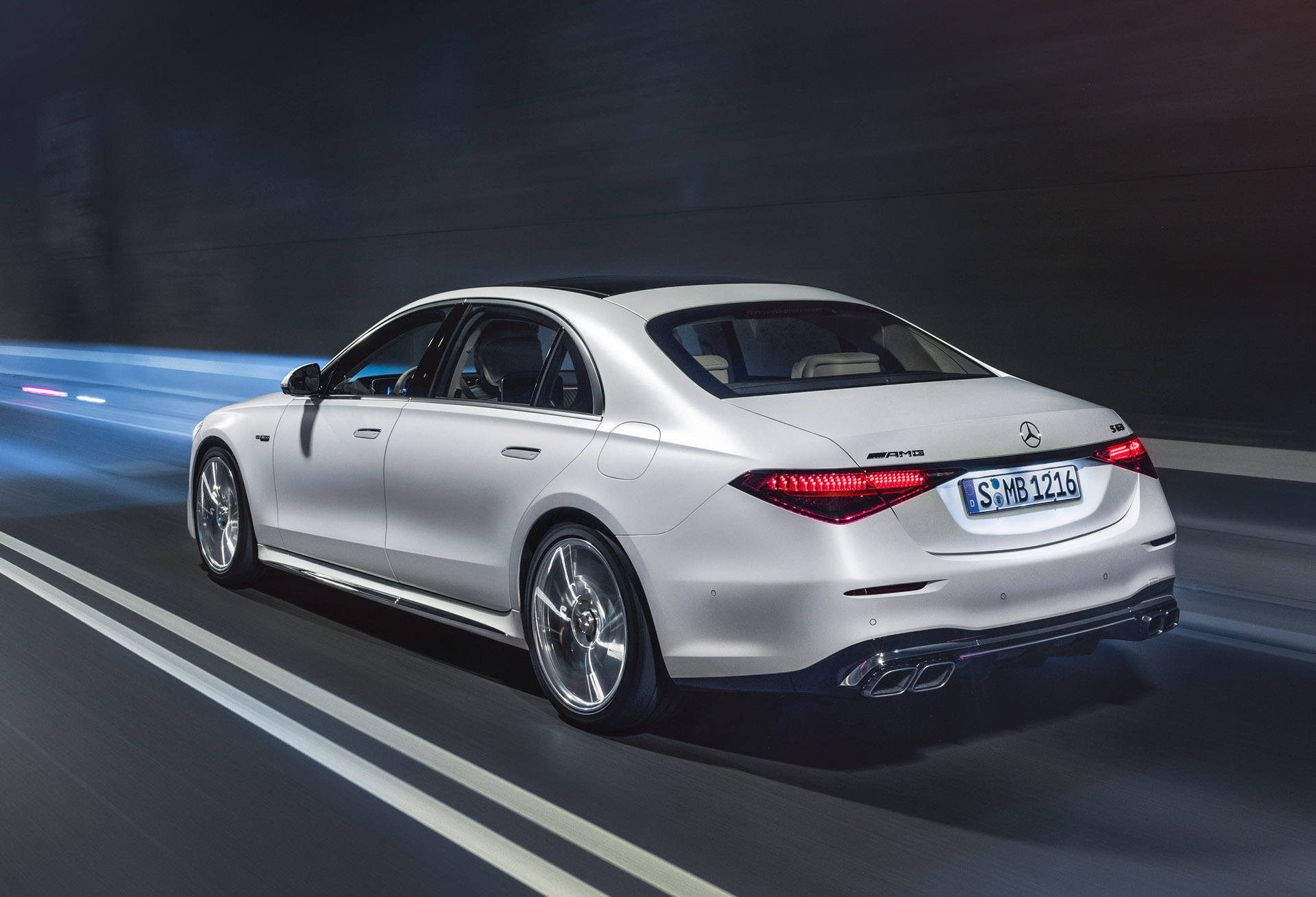 Curiously, Mercedes’ Drive Pilot Level 3 autonomous system, which is already available to order on the regular S-Class in Germany, and will soon be rolled out to other regions, won’t be available on the S63 until several months after it goes on sale next spring. The system allows drivers to travel along certain sections of road at up to 37 mph (60 km/h) while watching movies or working.

Not cheap then, but the S63 doesn’t have a ton of direct competition if you still prefer combustion power to pure electric. The Bentley Flying Spur does luxury but is far less powerful, as is the BMW M760, and BMW has ruled out an M7. What would you pick? Leave a comment and let us know.