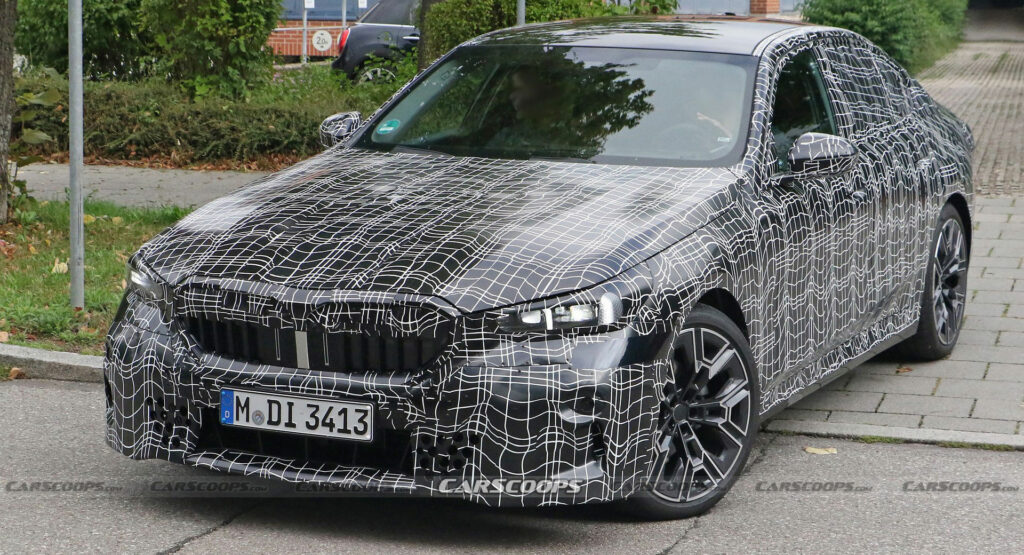 The camouflage is starting to come off the 2024 BMW 5-Series and its becoming increasingly clear the model won’t be as polarizing as the new 7-Series.


Quite the opposite as the 5 has an evolutionary design with a moderately sized grille that is flanked by sweptback headlights. The latter are notable for their conventional look as many new BMWs – such as the facelifted X7, redesigned 7-Series, and upcoming XM – adopt split lighting units.

Further below, we can see a prominent intake with vertical supports. The model also features vertical air curtains as well as what appears to be a curvaceous front bumper.

Also Read: 2024 BMW i5 Shows Off Its Interior And Production Headlights In Latest Spy Photos 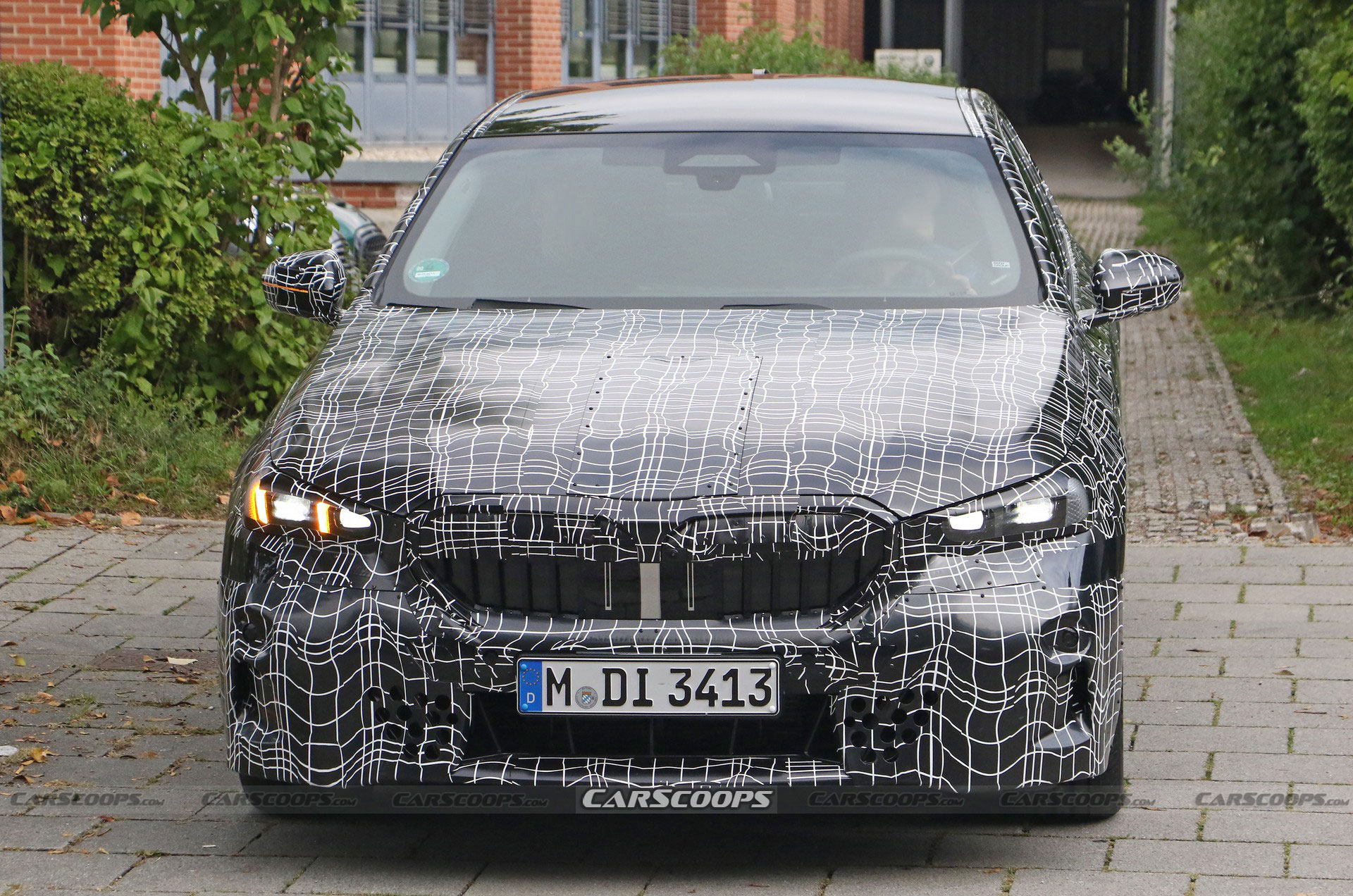 The rear end is a bit more evolutionary, but we can see new taillights with three dimensional elements. They’re joined by a sloping trunk with an integrated rear spoiler.

Spy photographers didn’t snap interior pictures this time around, but previous shots have revealed the 5-Series will have a Curved Display that likely consists of a 12.3-inch digital instrument cluster and a 14.9-inch infotainment system. We can also expect a new steering wheel and a large iDrive controller, which is surrounded by new switchgear and a minimalist shifter. 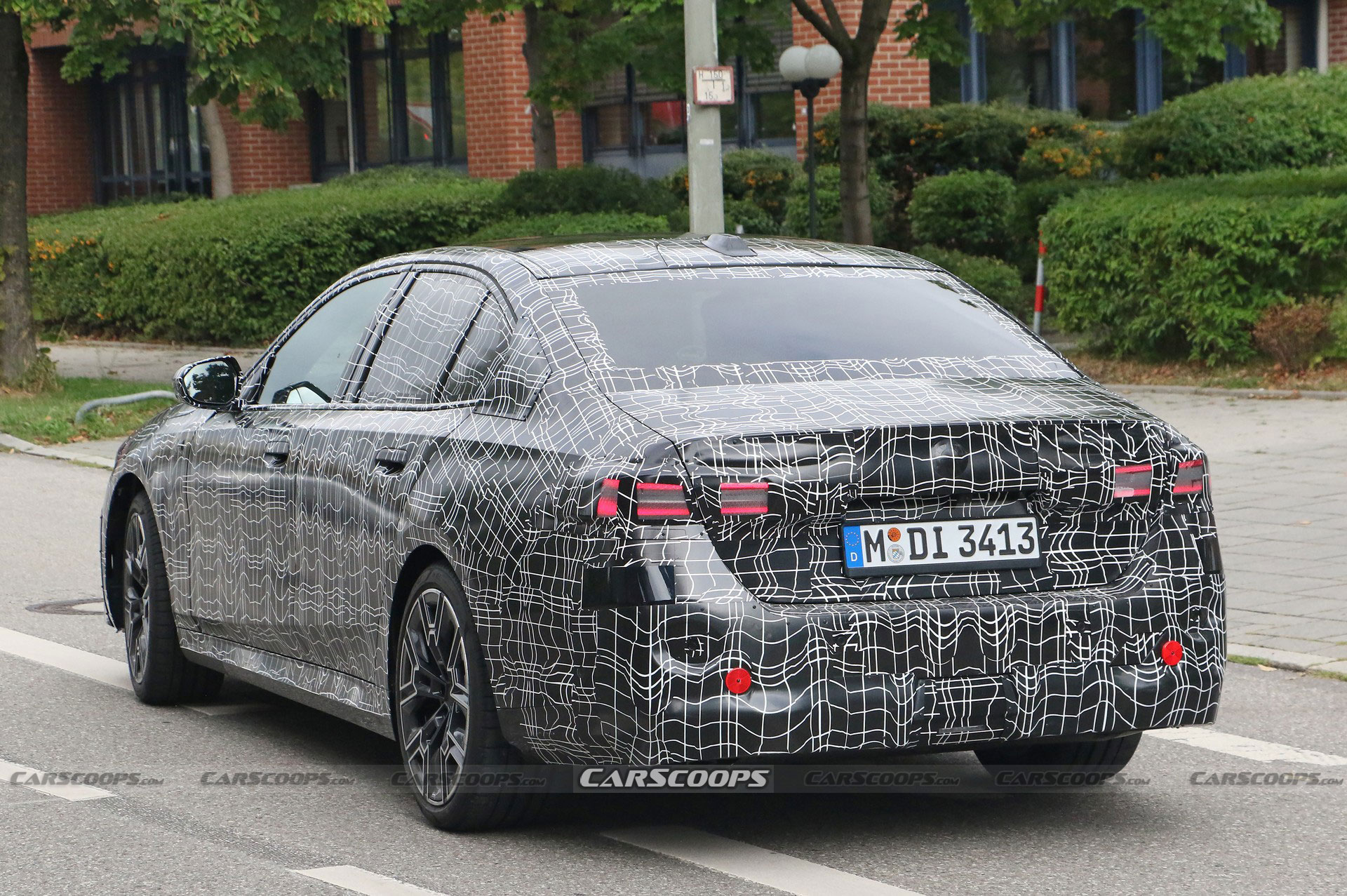 On the EV side, there could be a dual-motor all-wheel drive variant packing roughly 536 hp (400 kW / 544 PS) and 549 lb-ft (745 Nm) of torque. Furthermore, the M5 is going plug-in hybrid and the model is expected to share its powertrain with the upcoming XM. This means the high-performance sedan could have around 644 hp (480 kW / 653 PS) and a respectable electric-only range.