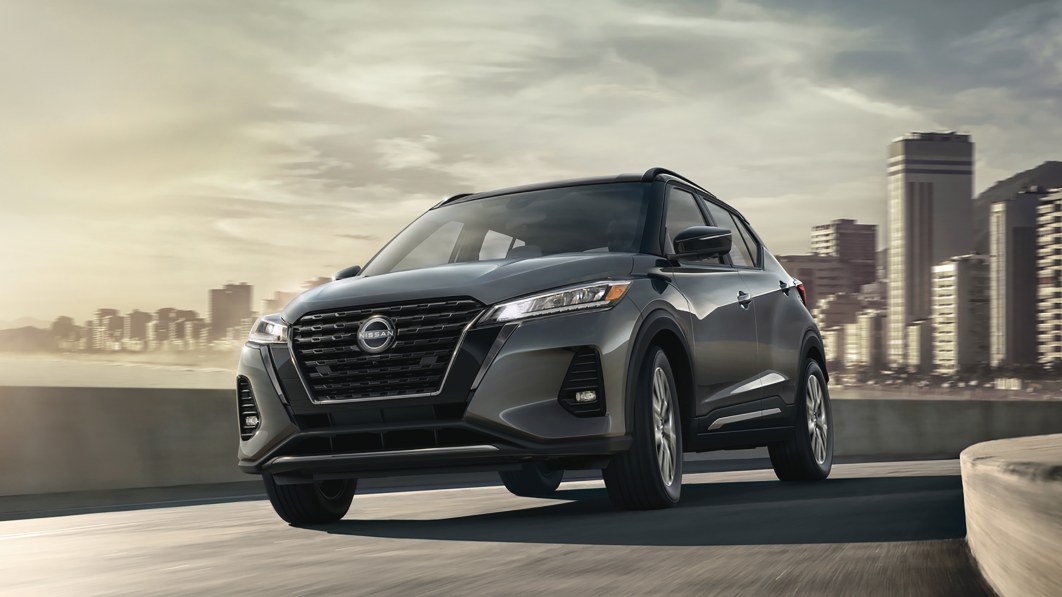 Nissan has released pricing information and specifications for the 2023 Kicks. Still positioned at the bottom of the company’s crossover line-up, the city-friendly soft-roader gets a higher base price for what rumors claim could be its last model year on the American market.

Buyers have three trim levels called S, SV and SR, respectively, to choose from. Pricing for the full range is as follows:

Little has changed on the list of standard features, meaning the base S comes with the Nissan Safety Shield 360 suite of electronic driving aids, a seven-inch touchscreen for the infotainment system, Apple CarPlay and Android Auto compatibility, three USB ports, and a push-button ignition. The SV adds 17-inch alloy wheels, silver-painted roof rails, an eight-inch touchscreen and Intelligent Cruise Control, among other features, while the SR gets niceties like specific exterior trim and upholstery, LED headlights, and a leather-upholstered steering wheel.

Nissan is not making mechanical changes to the Kicks for the 2023 model year. Power comes from a 1.6-liter four-cylinder engine that sends 122 horsepower and 114 pound-feet of torque to the front wheels via a continuously variable transmission (CVT).

On sale now, the 2023 Nissan Kicks will reach showrooms across the nation in the coming weeks.

Official details about the next-generation Kicks aren’t available, but an unverified report citing anonymous company insiders claims that development work is well under way. The next Kicks due out in 2024 will reportedly be longer, wider, and “more SUV-like” than the current model (pictured), and it will crucially be available with all-wheel-drive. These changes should allow the Kicks to fill the Rogue Sport’s gap.