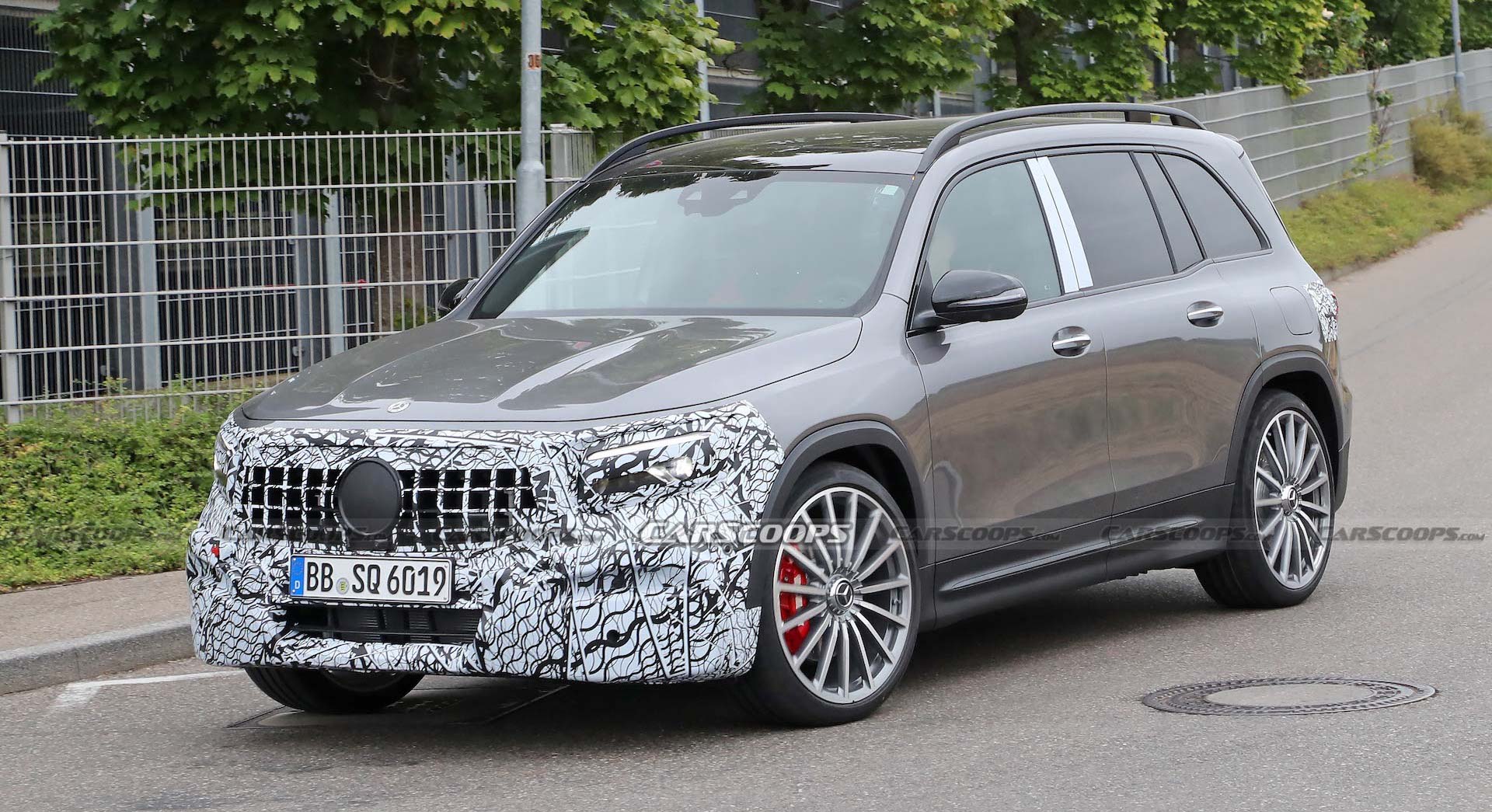 Time flies when you’re at the wheel of Mercedes-AMG’s speedy GLB 35 SUV, which could be why it’s already time for the hot SUV to go under the knife for a facelift.

Both the regular Mercedes and performance-focused Mercedes-AMG GLBs are getting a mid-life update, but it’s the AMG version we’re interested in today. Captured in Germany wearing minimal disguise, the refreshed GLB 35 was undergoing tests on public roads ahead of a likely launch in 2023.

Ignore this car’s blocky cross-hatch grille; the current GLB 35 has AMG’s classic Panamericana face that features pronounced vertical bars and recessed horizontal ones, and the facelifted car is likely to carry on that tradition. The lights and bumpers though are definitely in line for some tweaking.

Though tape over the lamps prevents us from getting a clear look at them, it’s likely that the GLB 35’s lights will retain the same outer shape and dimensions, but feature redesigned DRLs that lose the lower illuminated LED bar. It’s difficult to make out what changes are in store for the front bumper and whether the deep horizontal channels below each light are simply there to throw us off the scent, but this being an AMG, we can expect one gaping air intake.

Related: 2023 Mercedes-AMG A45 Spotted With Updated Headlights And Taillights

We do get a mostly uninterrupted look at the back of the 35 and it appears almost exactly the same as this year’s car. The test car has a gloss-black dog-bone exhaust surround panel rather than the chrome finish more usually seen, but the dark trim is also available on the 2022 GLB. The prototype still only features one exhaust tailpipe per side, and the sole change we can see is a new set of taillights with two horizontal LED bars partially hidden under a camo-wrap bandana.

Mercedes has dropped its new electrically turbocharged 2.0-liter four-cylinder engine into cars as diverse as the AMG C 43 and SL 43, and it’s possible that the motor could also find its way under the GLB’s hood to create the long-rumored GLB 45. That would likely give the hottest GLB around 400 hp (406 PS), but the updated GLB 35 is probably destined to carry over its existing 302 hp (306 PS) conventionally turbocharged 2.0-liter four-cylinder powertrain.

190 At 40: How The Baby Benz Changed Everything For Mercedes – And For BMW