Well, it’s no doubt that Cricket Fever is always high all around the world. Since the biggest cricket event in India – IPL, has been canceled, we think it’s the perfect time to share the list of best cricket games for Android.

There are hundreds of Android cricket games available on the Google Play Store. However, out of all those, only a few offer users an excellent cricketing experience. Cricket fans heavily love these games. 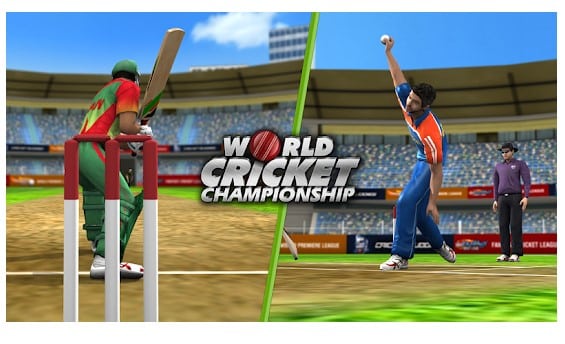 World Cricket Championship 2 is the best cricket game on the list developed by Nextwave Multimedia. The game covers a wide range of cricketing formats, and you won’t believe it; it has over 150 batting animations and 16 different bowling actions.

Everything about World Cricket Championship 2 is so realistic that you will be glued to the game. 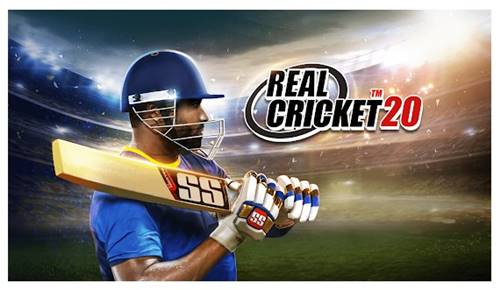 Real Cricket 20 is a top-rated Android cricket game available on the Google Play Store. Nautilus Mobile develops the game, and it has lots of campaign modes. For instance, you can play the World cup, IPL, T20 world cup, etc.

It also has lots of Tournaments as well like Asia Cup, Master Cup, Under 19 World Cup, etc. The game’s visuals are amazing, and it’s one of the best cricket games that everyone should play. 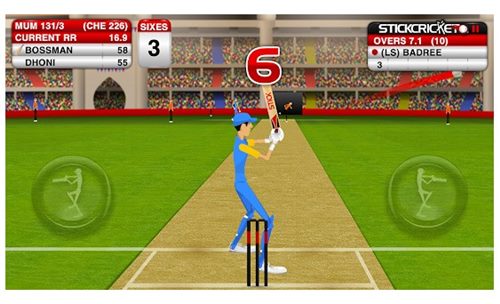 Stick Cricket Premier League is a cricket game that allows you to create your captain, travel the world, and build your dream team. The app has an option of Fast-tracking that can be very useful for players who don’t have time to complete all the matches.

Stick Cricket Premier League is a top-rated cricket game on the Play Store with the rating of 4.3 star. Also, the game needs less than 40 MB of storage space for installation. 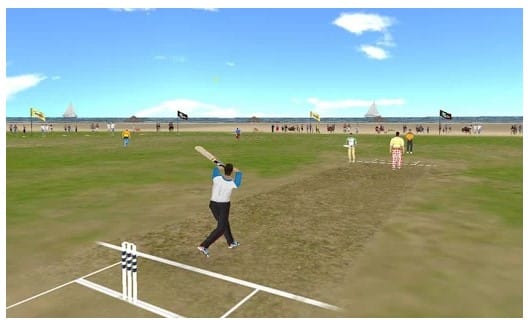 As the game’s name says, Beach Cricket offers users a fantastic experience playing cricket at the beach. The visuals and soundtrack of Beach Cricket are amazing, and the game runs even on low-end Android smartphones. 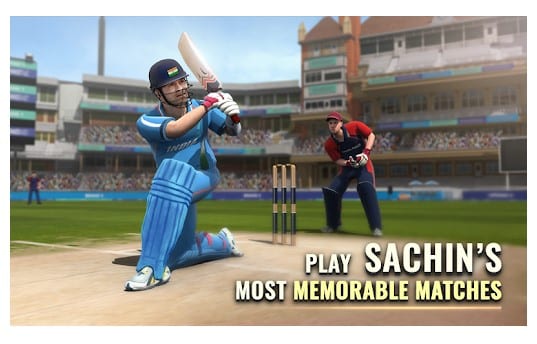 Sachin Saga is based on the Lord of Cricket – Sachin Tendulkar. In this game, you need to play as the Legendary Master Blaster, and it’s one of the fastest-growing cricket games available on the Google Play Store.

On Sachin Saga, you can choose to play from ODI, Tests, T20, Domestic, Premier League, and World Cup. So, Sachin Saga is another best cricket game that you can consider. 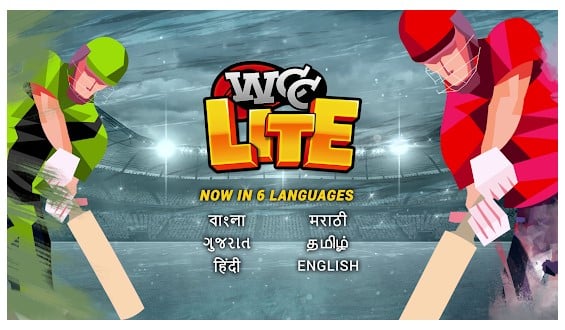 World Cricket Championship Lite is a lightweight cricket game that you can play right now. You won’t believe it, but WCC LITE needs just 60 MB of free space to install on your Android smartphone.

It offers a fully immersive 3D mobile gameplay despite being lightweight by nature. So, the game is heavy on Cricket and Light on Size. So, WCC LITE is another best cricket game you can play right now. 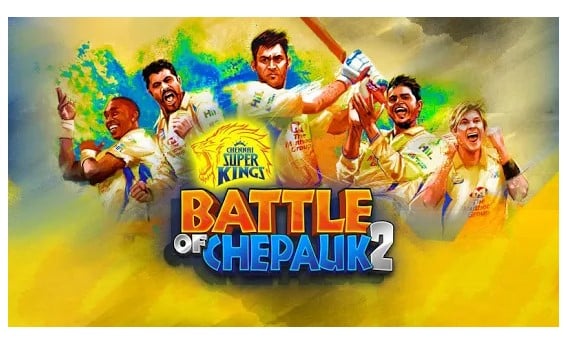 If you are a huge fan of the Indian Premier League (IPL) and if Chennai Super King is your favorite team, then Battle Of Chepauk might be the best game to play. On Battle Of Chepauk, you need to select your playing 11 and lead the team to Win.

The game now offers five exciting gaming modes, including Super Over, Super Matches, Super Slog, etc. So, Battle Of Chepauk is another best cricket game you can play right now. 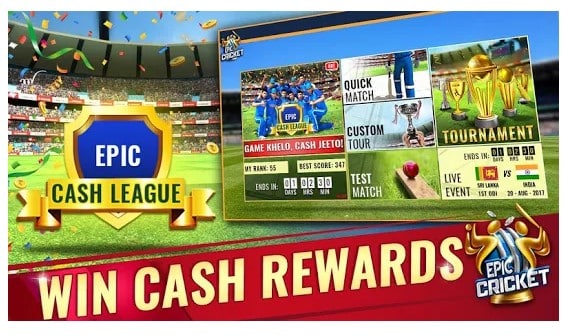 Epic Cricket is one of the best cricket games developed by Nazara Games. The game is massively popular amongst cricket fans, and it has HD-quality visuals. Not just visuals, but the game also has life-like international players, full match live commentary, etc.

The game has many cricket modes like modern ODI, T20, Test messages, etc. So, Epic Cricket is another best cricket game that you can play on your Android smartphone. 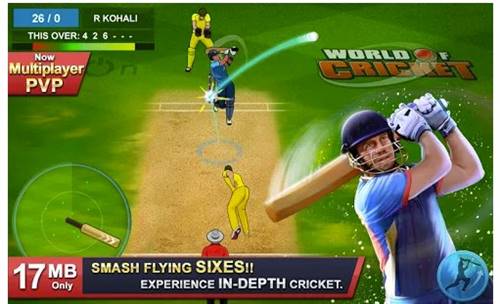 It’s a cricket game known for its realistic gameplay & physics. The game allows you to play from different modes. So, get your favorite players, power & train your team to make sure you beat your opponents.

The multiplayer mode of this game allows you to play with random friends, Facebook friends, or local friends. The game has 25+ different batting shots and 16 international teams. 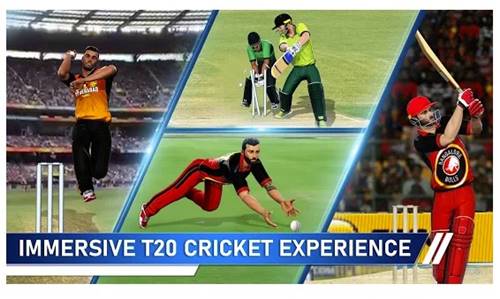 Want to have a 3D cricketing experience? If yes, then you need to play this game right now. Guess what? The game has full 3D graphics, realistic animations, batsman motion, and ball physics that keep you engaged throughout the game.

It doesn’t have a multiplayer mode, but it offers you multiple modes to play a cricket game. You can choose to play a quick match or tournaments, play one over games, etc.

So, these are the ten best Android cricket games that you can play right now. If you know of any other cricket games like these, let us know in the comment box below. I hope this article helped you! Please share it with your friends also. 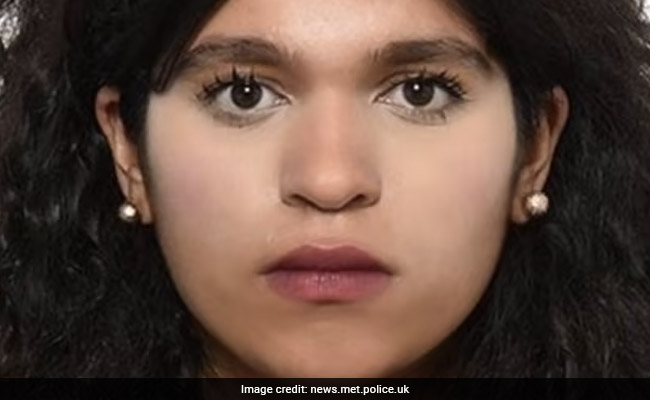 The Best Sci-Fi Movies on Disney Plus

Say what you like about Tron Legacy, but it looks amazing. Walt Disney Pictures Disney Plus doesn’t exactly have the biggest library of sci-fi movies. Especially […]

What Does IK Mean, and How Do You Use It?

Krakenimages.com/Shutterstock.com Has someone sent you the letters “IK” in response to your informative message? It’s the easiest way to convey that you’re not out of […]

Wyze made its $4 monthly Cam Plus Pro subscription service widely available this week. The service introduces facial recognition and 24/7 professional monitoring to existing […]

How to Hide Messages on Messenger (Desktop & Mobile)